7 Ways to Make Extruded 3D Text in After Effects

User question: How can I create 3D extruded text right in AE? I don’t want to have to learn a 3D application but I want it to look good. Thanks!!

Updated 1 October 2014 with more info on Mettle ShapeShifter AE and a note about broadcastGEMs TypeGEMs. 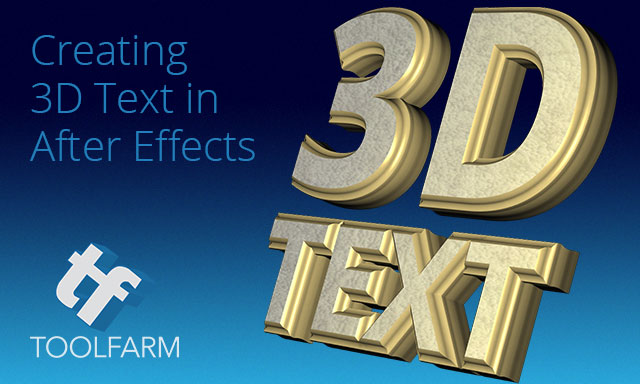 Bonus: MAXON Cineware in After Effects

I remember when there just wasn’t a lot of ways to create extruded text in After Effects. Zaxwerks plug-ins kicked was the first option to extrude text in AE. I remember there was an  a script that would create tens or hundreds of duplicate copies of your text or layer and offset them in 3D space to give the look of extruded text. It was not the most flexible method of creating 3D text!

Extruded text or an extruded object is one that looks as if it is 3D. When the object rotates, moves or bends, you can see bevels and the around the edges.

There are now easier ways to extrude 3D text within After Effects. Here is a quick rundown of several options, including examples and tutorials. Many work in other NLE’s and I’ll make mention of that fact too.

To use the Ray-traced 3D features in After Effects, introduced in CS6, you must first set the rendering plug-in to Ray-traced 3D. In the Composition Settings dialog box, click the Advanced tab. Under Renderer, choose Ray-traced 3D. 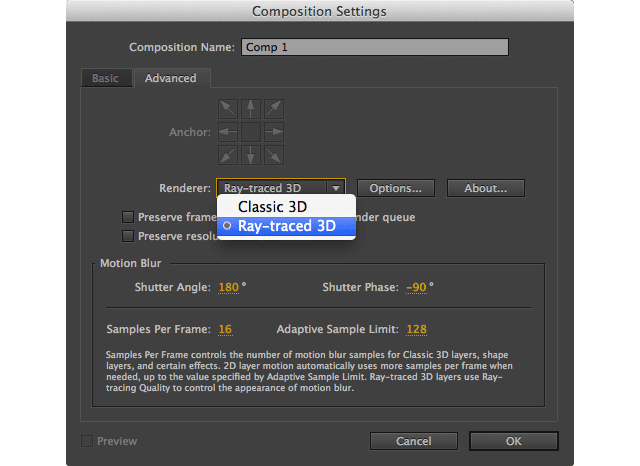 There is also an Options button which brings up a Ray-traced 3D Render Options dialog box. This is where you can specify Quality and the Anti-aliasing Filter that you want to use. 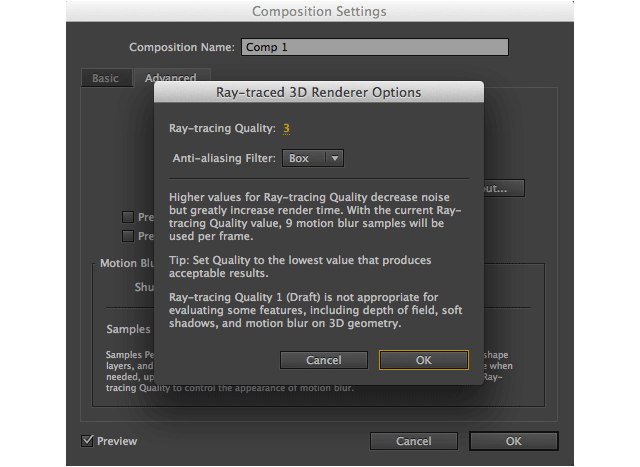 Here are a couple of nice examples of Ray-traced 3D, culled from YouTube.

After Effects Top Tip: Extrude 2D Shapes and Text into 3D Objects
Here’s one from Digital Tutors, explaining how to extrude items in AE.

Extruding 3D Shapes in After Effects CS6
Rampant Design Tools also has a nice little tutorial on the topic.

Note: You may also want to check out broadcastGEMs TypeGEMS which can utilize After Effects ray-tracing feature.

Creating A Professional Lower-Third with 3D ProAnimator
Alex Dow explains how to create a lower third in After Effects.

I’ve demo’d for Boris on a number of occasions and I even did a webinar on their 3D Objects. I have to say, I love this tool! It’s easy to use and the effects are really attractive.

Fox Tech Take Intro
Ian Jopson, who is a friend of mine and works for Fox, put together this techy intro with After Effects and 3D Objects.

Extrude Adobe Illustrator Logos and Graphics in Adobe After Effects
Here’s one from Creative Cow that uses an Illustrator logo but you could use text as well.

NewBlueFX Webinar: Introducing Titler Pro 3
Travis White presents everything you need to know about Titler Pro 3 in this one hour webinar.

Of course you know that Element 3D can render airplanes and nuclear war heads, but it also does an excellent job on text… and it’s easy to use!

After Effects Tutorial: Crystal Text with Element 3D
BakerTuts shows you how to make some crystalline text.

ShapeShifter is great for 3D text extrusions, animated shapes and logos as well as particles. FreeForm Pro is the mesh warp plug-in for After Effects that allows users to create morphs, character animation, stereo 3D and of course, extruded text.

Download these free FreeForm Pro project files from Mettle, some of which include extruded text!

Demo versions of both products are available at Toolfarm Downloads.

Bonus: MAXON Cineware with After Effects

With After Effects CC and CINEMA 4D Lite/Cineware, you can create 3D text and bring it into AE for compositing. Is this cheating since it’s not really in After Effects? Probably, but it can be part of a simple workflow if you’re willing to jump into CINEMA 4D Lite.