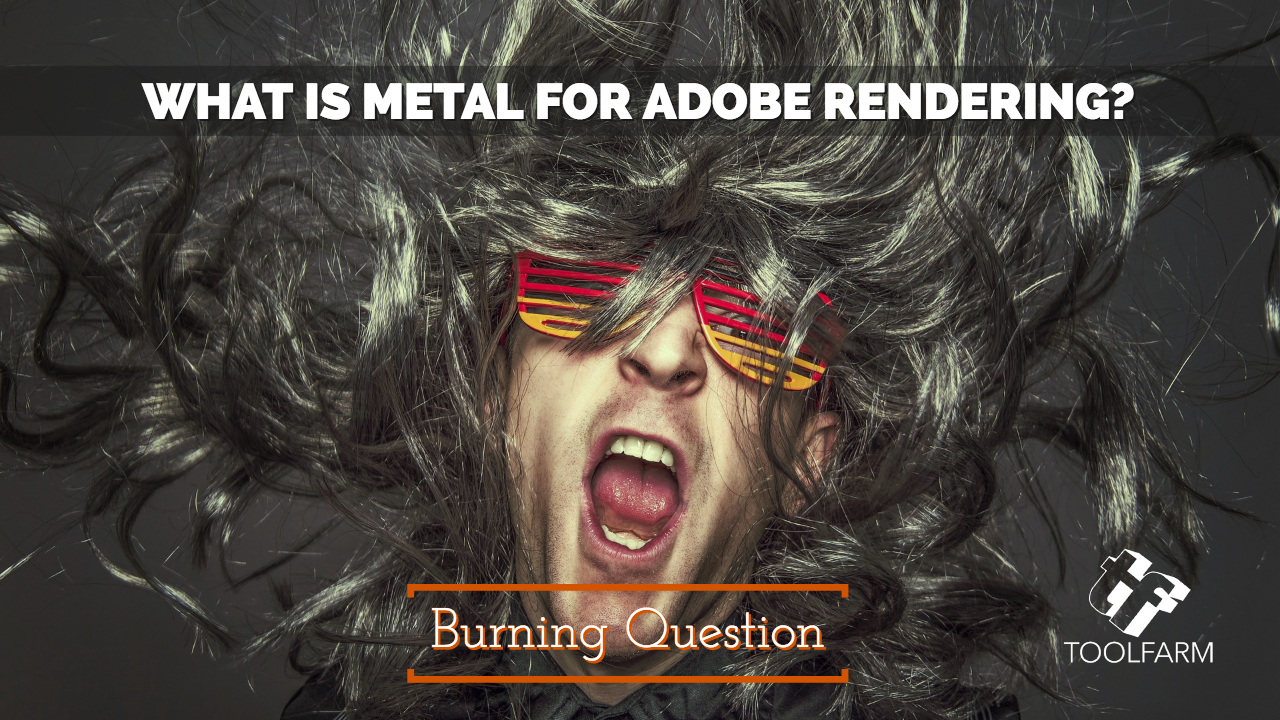 If you’re on Mac, you may notice an option in your Adobe software for Mercury Playback Engine GPU Acceleration (Metal). What is Metal? That’s what we’re going to talk about today.

! This article has been updated with information on the October 2018 release of Adobe Creative Cloud and the macOS 10.14 Mojave update.

What is Apple Metal?

Metal is a low-level, low-overhead hardware-accelerated 3D graphic and compute shader application programming interface (API) developed by Apple Inc., and which debuted in iOS 8. Metal combines functions similar to OpenGL and OpenCL under one API. [Source]

Metal 2 was developed by Apple for speeding up the GPU and CPU up to 10x faster and making it work more efficiently. Metal 2 came with the release of macOS X High Sierra. Metal is great for gaming and is also used on iOS and Apple TV, but our focus today is how Apple Metal works on Apple and Adobe and other video products.

Important Details about Getting Apple Metal to Run on Your System

Premiere Pro CC 2015.3 was the first PPRO release to include it. With any version of Premiere Pro after 2015.3, Metal is not turned on by default. To turn it on, go to File > Project Settings > General. Choose Mercury Playback Engine GPU Acceleration (Metal) to enable it.

Here's a bit more background on Apple Metal, if you're curious.

OpenCL vs Metal for Adobe Rendering on a Mac

Flarecorp Media takes a look at the best choice for GPU Accelerated Rendering and does a side by side comparison in Adobe Premiere, After Effects, and Media Encoder on a Mac, OpenCL or Metal.