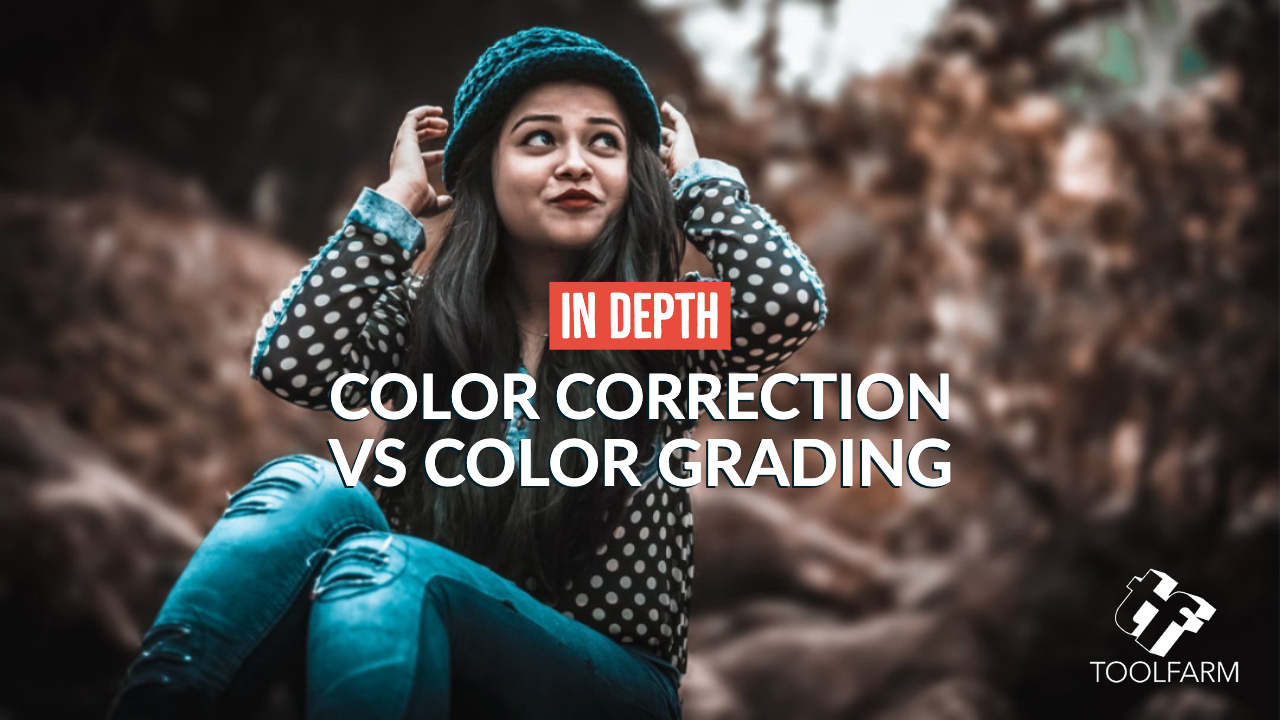 I’ve heard the terms Color Correction and Color Grading used interchangeably but they are not the same things. I’ll explain the difference, show you some tools to fix and tweak color, point you to a few tutorials, give you some side-by-side examples and breakdowns. Finally, I’ll link you to some free tools you can use for color correction or grading.

What is the difference between color correction and color grading? It seems like the words are used interchangeably in loose chat about projects.

While there is cross-over with software and plugins which are used for both purposes, there is a fundamental difference in the processes. The terms are NOT interchangeable.

I will barely touch on all of the tools available, but here are some of the well-known video color tools, and a few lesser-known plug-ins.

Film Riot gives the basics on color grading to get a filmic, stylish look.

Adobe After Effects and Premiere Pro

Apple Final Cut Pro and Other

Plug-ins for a variety of NLEs

Sin City’s Visual Effects Supervisor – and our new Creative Director – Stu Maschwitz, shows you how to get the Summer Blockbuster look seen in Transformers 2, Terminator: Salvation, and The Taking of Pelham 1-2-3.

Before and After Examples and Breakdowns

Below is Shot 2, with an explanation of the breakdown on the I See Hue blog.

Below is Shot 3, with an explanation of the breakdown on the I See Hue blog;

There are many more examples from I See Hue, and I suggest checking out their Color Grading section on their blog for more of the good stuff!

GRADING BREAK DOWN from Riingo Banerjee