Search for Text or Timecodes 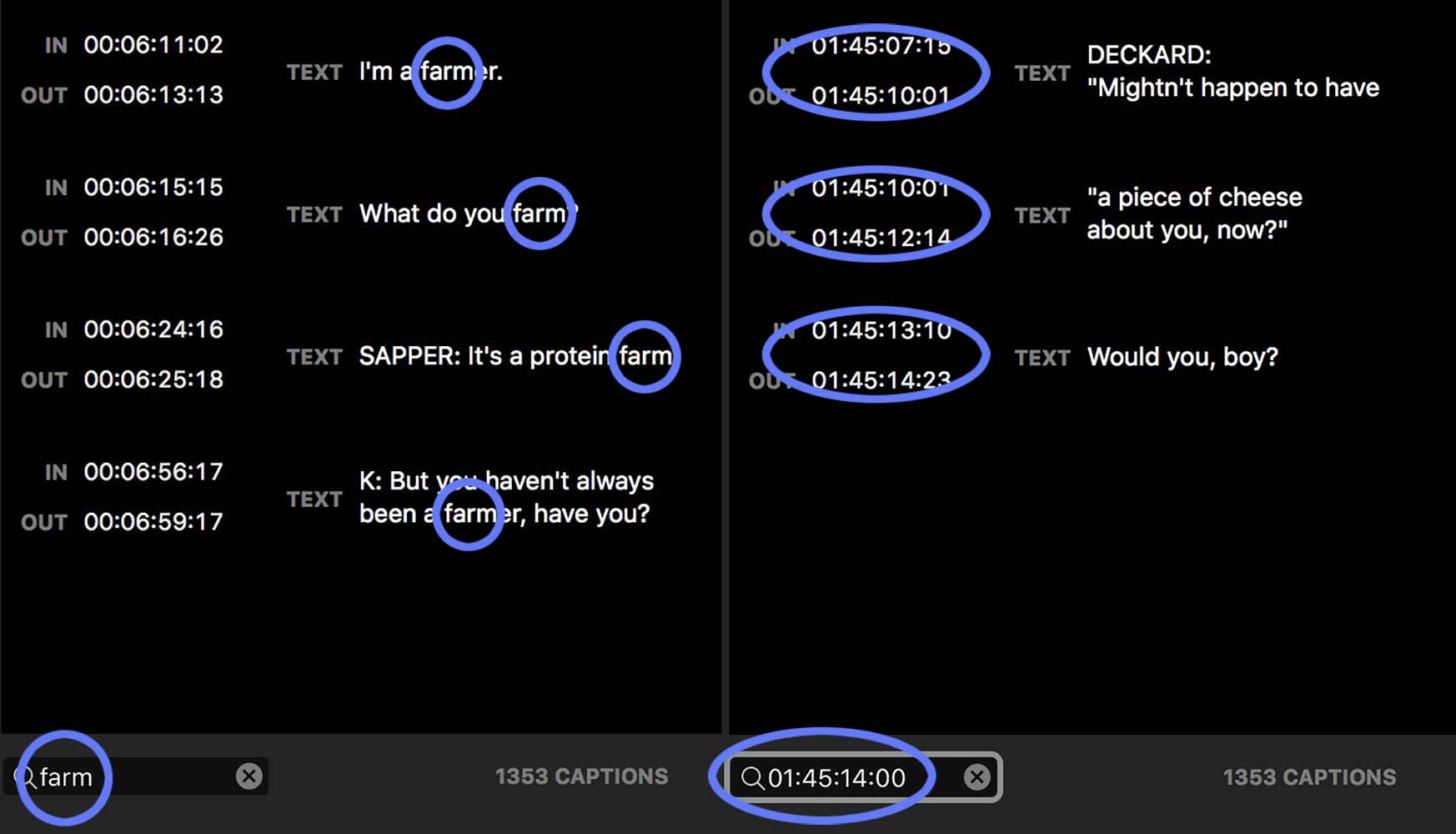 Caption Converter automatically detects when two or more captions are set to appear simultaneously during playback. These timings conflicts are highlighted in the user interface: 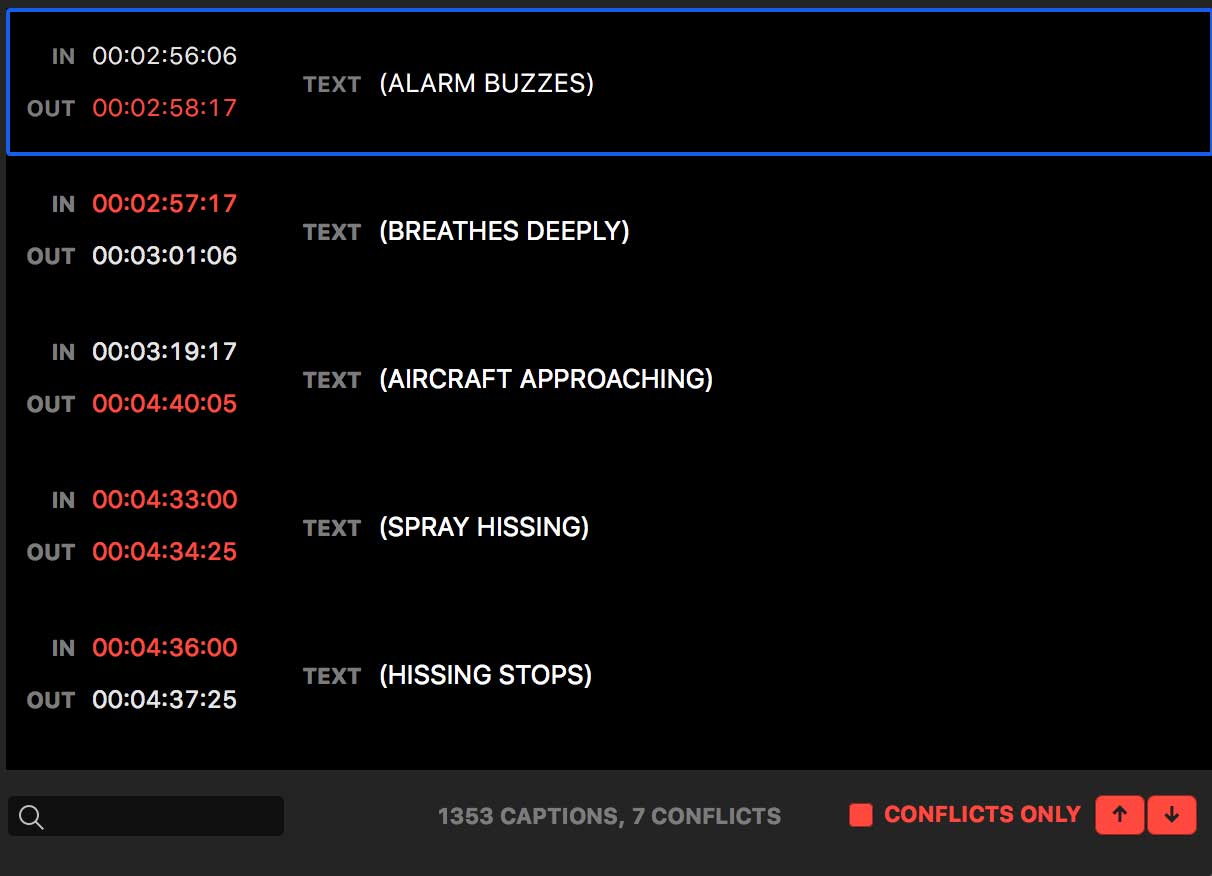 When the imported data contains multiple conflicts, you can ask Caption Converter to display only captions that have pending issues to be resolved. The user interface lets you quickly jump to the previous or next caption with problems, minimizing the time you spend fixing them.

Load captions in one language on the right, write the translation on the left:

Click on a caption in one language to jump to its nearest equivalent in the other language. Quickly identify the captions that match a given timecode and verify the quality of the translation.

Apply text styles to multiple captions at once, or only to select words inside a caption. A familiar user interface lets you perform both tasks intuitively:

Caption Converter automatically imports markup (text style and formatting) from file formats that support it. You always have the option to skip or include style information during export for the best compatibility with popular web video platforms such as Facebook and YouTube.

At this time, Caption Converter only supports non-overlapping, static text captions. It does not let you edit or create captions designed to appear simultaneously at different locations within the frame, or continuous (roll-on) captions. The text style, colors, and alignment information is not supported by all file formats. Please refer to the user guide included with Caption Converter for more info.

In Depth: Create Subtitles and Captions for Your Videos (Updated!)

Create subtitles and closed-captioning to help your video gain reach and appeal to a wider audience on broadcast and streaming videos.

Have you just purchased a license for a plug-in that uses the FxFactory engine? Here's how to download, install and register the plug-in.

Learn how to use Caption Converter to convert, edit and translate captions and subtitles.