When every camera, every phone, and everybody can shoot video, there are no rules with file types… there are loads, and we love them all! 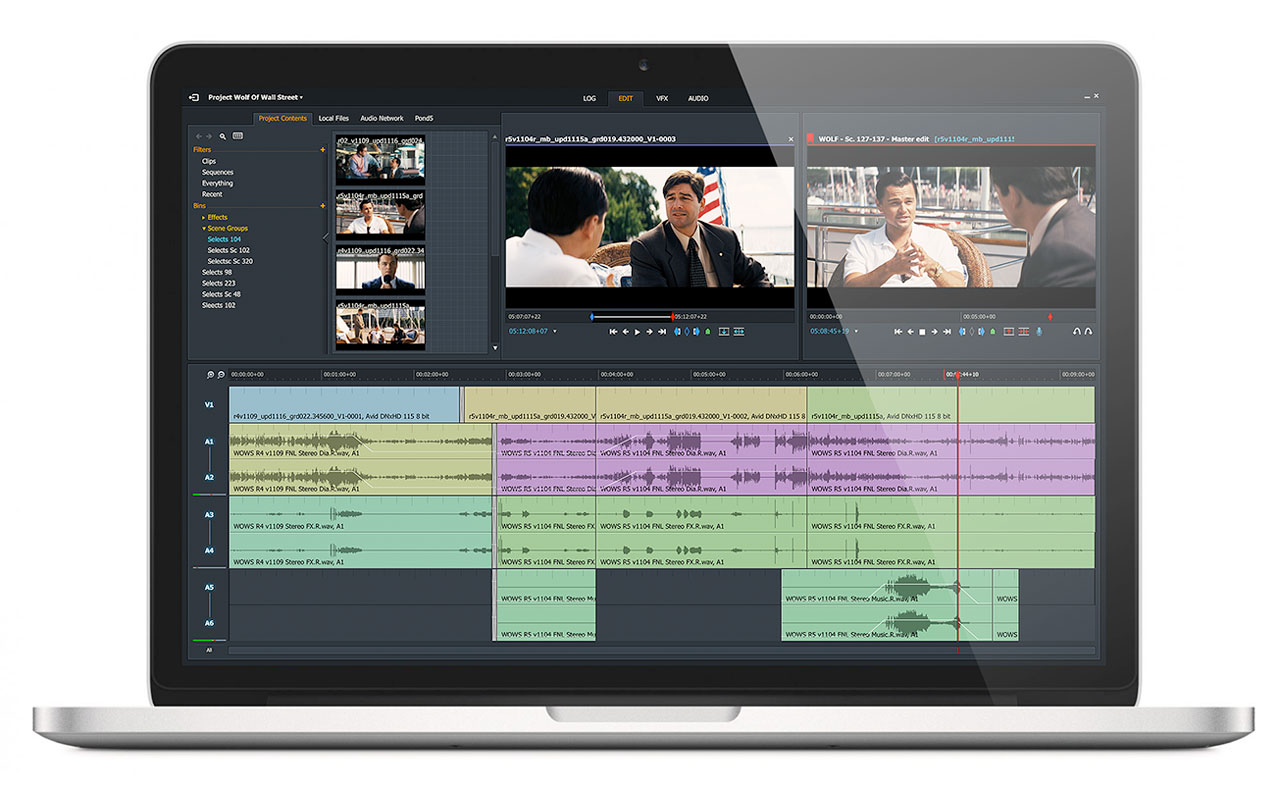 The Only Narrative-Based Timeline Built by Editors

We like to shout about our timeline. It looks uncomplicated – and it is. But it’s the most powerful  timeline out there.

With the most comprehensive drag and drop support, and all the standard insert, replace and fit-to-fill edit commands, a Lightworks timeline gives you the most advanced features available. And it’s free.

Any Video File, any Format: We Support Them all

Lightworks has the widest support available for formats currently available in a professional NLE.

MXF, Quicktime and AVI containers, with every professional format you can think of: check out the specs for a full list of formats.

If You’re Editing Something big, Sharing is Caring

Share media, bins and edits in realtime with full permissions control over which user has which access.

If you need to work together then this is probably the best solution available. Easy to configure, easy to maintain and it works on any network storage across all major operating systems (I’m looking at you, Linux!)

Whether you are running Windows, Linux or Mac OS X, the power of Lightworks will be right at your fingertips. Now you can use your operating system of choice without impacting on the work you need to get done. No other editing software out there runs on all three platforms.

One of the most important aspects for a system to run Lightworks is the graphics card. Although we support both NVIDIA and AMD graphics cards, we strongly recommend NVIDIA as the graphics card of choice, for anyone wishing to get the most out of Lightworks. We have recently approved the latest NVIDIA cards K1200, K2200, K4200 and K5200. These cards show exceptional performance when used with Lightworks on Windows or Linux and we are proud to recommend them to our users:

Please note: The software specifications stated above are subject to change without notice.

This latest version adds support for importing and decoding HEVC/H.265 media natively including being able to create proxy files to work with until switching back to the Hi-Res to render/export the sequence. Some of the other exciting new features in version 2020.1 can be seen below:

The full list of fixes and other improvements in version 2020.1 can be found in the 2020.1 Release Notes document on the Downloads page