Maxwell Studio is a sophisticated independent scene editor with a full 3D environment, offering an alternative workflow for those Maxwell Render users that work with 3D or CAD applications for which there are no Maxwell plugins.

Maxwell is all about quality. Period. This has been our sacred mantra for almost 15 years of development. Our secret sauce is a physically-correct unbiased spectral engine, which produces not only beautiful images but also lighting-accurate simulations. In fact, many consider Maxwell the ground-truth in rendering and CGI production. We strive to inspire others, and you inspire us when you use Maxwell.

What is Maxwell Render?

Maxwell Render™, a rendering engine based on the mathematical equations governing light transport. Next Limit derived all elements, such as emitters, materials and cameras, from physically accurate models. And, it’s unbiased. In other words, no trickery behind calculating the lighting solution in every pixel of a scene. The result will always be a correct solution, as it would be in the real world. Maxwell Render can fully capture all light interactions between all elements in a scene. In addition, all lighting calculations are performed using spectral information and high dynamic range data.

Due to its very nature, Maxwell Render enables users to create accurate and extremely realistic images. Maxwell Render is a recognized standard in architectural visualization, product design, jewelry, film production, scientific research, and other high-end rendering markets, and the leader in render quality.

Maxwell Render is a rendering engine that accepts models and scenes created in 3D or CAD applications. In fact, Maxwell plug-ins directly support several of these applications. Others can be used in conjunction with Maxwell Render by importing the geometry into Maxwell Studio, a component of the software.

If you have ever heard that Maxwell is slow…well, yes, it was. Our commitment to developing the most accurate render engine on the market isn’t negotiable. The story has changed in Maxwell 5. A fully rewritten multi-GPU core now delivers final results in minutes and accurate previews in seconds, keeping physical accuracy intact. With multiple GPUs working in parallel you’ll get an unprecedented Maxwell experience. With Maxwell 5, time is now in your hands.

The new Cloud Render service allows you to access the most powerful machines available in the cloud (up to 96 cores) speeding up the render process and thus improving your productivity. Cloud render jobs can be easily dispatched from Maxwell Studio and the plugins, freeing the local computer from high CPU loads. Cloud Render helps you optimize your time and resources more efficiently.

Maxwell 5 is seamlessly integrated into most of the major 3D/CAD software solutions such as Rhino, SketchUp, Autodesk Maya, Autodesk 3ds Max, ArchiCAD, and Cinema 4D. As an alternative, the standalone Maxwell Studio offers an independent production/rendering environment to create, edit and render Maxwell scenes. Render nodes and network tools for advanced deployments are included. Maxwell is available for Windows, macOS, and Linux.  Learn More

The Studio workflow is mostly recommended to people working with 3D/ CAD applications that do not have a plug-in to directly connect them to Maxwell Render. Even if there is a plug-in available for your application, you can still make use of Studio by importing an MXS scene or geometry and making further adjustments to your materials/cameras/lights. Or you can merge different .MXS files together into one scene.

There’s also another possible workflow using Studio which involves synchronizing many common 3D formats through the Asset Reference, allowing for simultaneous work on geometry in your 3d modeling application of choice and materials, lighting, and rendering in Studio.

Fully rewritten MULTI-GPU engine provides more than 50x speed-up compared with a high-end CPU, preserving the Maxwell quality and delivering results in minutes or even seconds.

Fully rewritten MULTI-GPU engine provides more than 50x speed-up compared with a high-end CPU, preserving the Maxwell quality and delivering results in minutes or even seconds.

Materials with additive layers are now GPU-ready, increasing compatibility with the majority of Maxwell materials.

FIRE (Fast Interactive Render) is now faster and optimized to update instantly and reflect the changes in the scene, providing a great interactive workflow.

Add more variability and realism to your scene by randomizing texture properties automatically across multiple objects or tiled surfaces.

Lights can now be grouped and controlled like single emitters in the Multilight ’emixer’. Useful to keep MXI files more compact, reduce memory footprint and decrease complexity in scenes with lots of emitters.

Support for High Resolution (4K) Screens in both Render and Studio

Now Studio and Maxwell Render interface are able to accommodate to high resolution displays like 4K or higher.

Unbiased spectral ray-tracing designed to simulate light and materials exactly as it behaves in the real world. No tricks. Just accurate real-world physics. 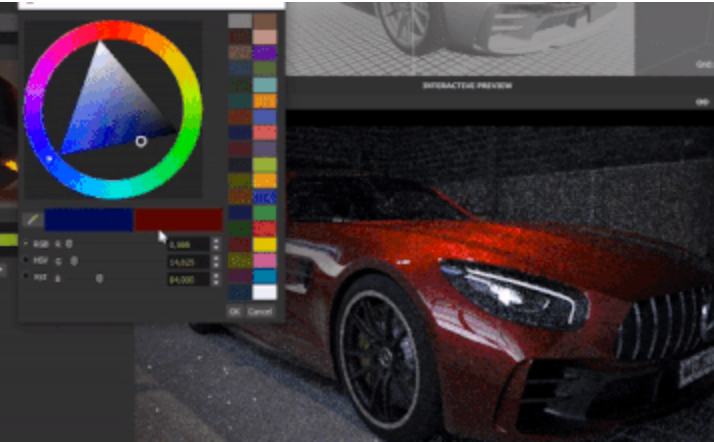 Hundreds of online materials in our community based library. Materials are based on real optical properties, creating unrivalled realism. A Material assistant will help you create perfectly optimized materials in just seconds! 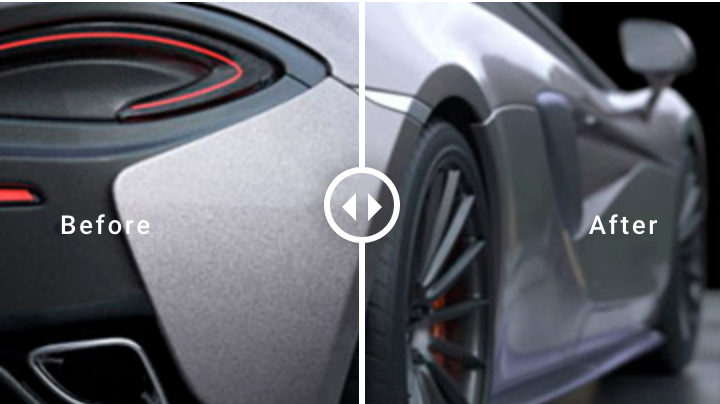 Light intensities can be changed during and after rendering, saving out as many images as needed – all from just a single render.

Accurate 3D motion blur can handle unlimited sub-steps, and can be set for both a still camera to mimic long exposure effects such as trails of light, or a film camera to show the motion blur effect of fast moving objects.

Wide range of real-life, physically-correct variables to control the look of the sky and lighting, including Earth location, time, sun’s aspect, and atmosphere.

Create photoreal grass or fur on a selected piece of geometry. Designed to offer maximum control and impeccable detail.

Render one image using all of your computers, or set each computer to render one animation frame. Complete control and flexibility.

Instances are a great way to save memory when rendering. They are great for creating vegetation, bricks, furniture or any other extensively repeated geometry in your scene.

Define a specific area of your image to be rendered to a higher sampling level than the rest – dedicating all render power to the areas where it is most needed.

Deep image format stores color as well as depth information per pixel, making it much easier to composite rendered objects together as well as eliminating troublesome edge artefacts. Export to EXR or DTEX formats, in rgba or alpha.

The Python SDK allows you to write custom tools such as extracting certain channels from an MXI sequence, creating materials on the fly, network render management and much more.

The Alembic file format allows for very efficient storage of geometry and other scene data, which can now be referenced directly in Maxwell. Support for Alembic includes static and animated geometry as well as particles. It also works with the Exocortex CRATE suite of Alembic plugins.

The minimum system requirements for Maxwell Render V5 are as follows:

Which 3D renderer should I choose?

Artem Paramonov explains the new denoiser in Next Limit Maxwell 5.2 and how it works with Subsurface Scattering, or SSS. Try Maxwell for free.

Learn how to create a lovely Wet Asphalt Material, complete with puddles, in Episode 1 of the Next Limit Maxwell TV webinar.