Take your 3D idea from a block of digital clay to a production-ready, fully-textured organic or hard surface model

In short, 3DCoat removes the need to purchase (and learn) multiple specialty software titles, which happen to be comparatively expensive, by putting all the production-level tools in a single, affordable application.

Like many 3D applications, 3DCoat separates major tasks and toolsets into their own unique work environment, or Workspaces (often referred to as “Rooms”) with Workspace tabs located above the viewport. The main Rooms are a Paint Room for 3D texturing, 3D texture painting, and PBR texture painting; Retopo Room for Retopology and Auto-retopology; UV Room for UV mapping and UV unwrapping; Sculpt Room for 3D sculpting or Digital Sculpting as well as Voxel Sculpting and Render Room for 3D rendering.

The Paint, Sculpt, and Retopo Workspaces have their own native Mesh objects, however, Sculpt (Workspace) objects do share the Paint tools in the Paint Workspace, using a Texturing paradigm known as Vertex Paint. Color, Glossiness, Depth, and Metalness information is stored in each vertex rather than on a UV map. This allows the artist to paint PBR textures now (sculpt phase of a project) or later (after baking to a low-poly, UV mapped Retopo mesh).

Who is Pilgway Studio 3DCoat Designed For? 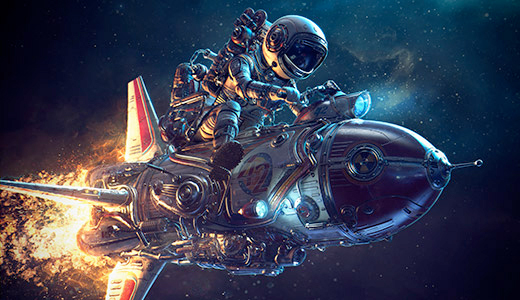 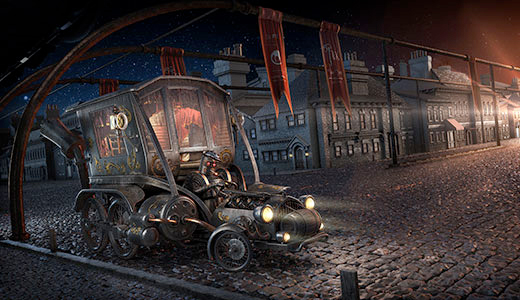 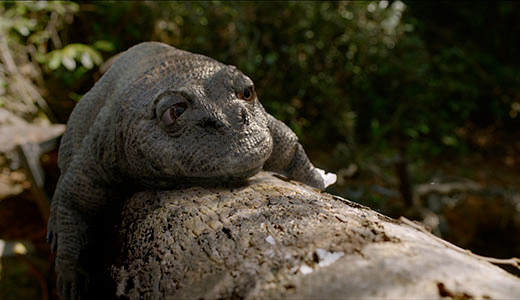 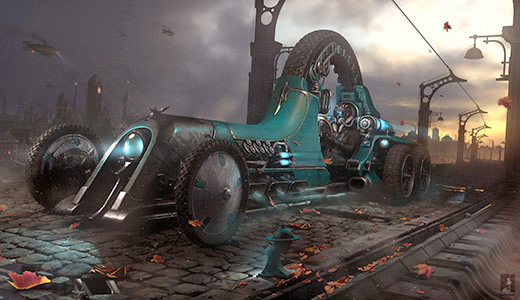 Everything starts with a Concept! It is very convenient now to use 3d software in the concept art production pipeline. Usually, it starts with a rough or detailed 3D blocks, separate 3D objects, or even complete 3d scenes with later paint over in Photoshop or other 2d image editors.

3DCoat is great for making 3d stuff for Concept Art.

Just watch these videos. They speak louder than words:

You can record your actions on Primitives in the Sculpt Room. That way you can perform repetitive actions of various complexity by simply launching a recorded script.

The scripts menu has all commands that you need to make your own scripts.

There are app links available for the following software

3DCoat supports a wide range of hardware. The hardware determines the complexity of meshes and resolution of textures you can edit in 3DCoat. To determine that complexity on your system please download a trial version of 3DCoat from our website for free. As minimal required hardware for 3DCoat we consider basic Surface Pro (see table below for details).

Example of hardware configurations and performance in 3DCoat 2021

A lot of improvements in the Brush engine

– New brushes – Sharpen, Super smooth. Those brushes are valency – independent, based on reprojection onto the regular Grid. Sharpen performs local pinch toward the Convex/Concave details of the Surface.

– Picking normals and position methods separated in the UI.

– Roof Pinch to preserve details during the pinch.

– Brush engine got (optional) mode similar to the “Absolute brush” action. It is in the buildup settings.

– Jitters for the Brush engine.

– Principally new buildup mechanism for the Brush Engine. Now buildup and non-buildup brushes act exactly the same, the difference starts when you stroke the same place many times. Non-buildup reaches some height limit, buildup grows infinitely (but slowly) if the modifier allows.

Introducing you the new 3DCoat 4.9.37 Update adding multiple useful tools and improvements, all to make your 3D artwork faster, easier and better.

The same happens if you download a Smart Materials pack from the 3DCoat PBR Scans Store.

– Context-sensitive RMB menu in the retopo room, it is especially helpful in the “Select” tool for low-poly modeling.
– Extrude-like tools in retopo room are more convenient and intuitive, similar to other 3d editors.
– Sharp edges marking in Retopo room. Baking, import/export support.
– In UV settings you may control the default unwrapping method.
– List of ghosted, isolated volumes stored into scene file (3B).
– Bunch of crashes fixed.


21.03.2019 4.8.36
– Unwrap method “To stripe” polished and set as default within “Unwrap” command to be used when applicable. This method unwraps strips of quads into accurate and straight lines. Unwrap detects such cases automatically.

– Very important! Possibility of resolution-independent texture locking over the layer. Importing or calculation of normalmap, occlusion, cavity will lock layer. Texture will be saved to disk. As soon as you will change resolution, the locked texture will be used instead of current layer state resampling. It is very important if you want to paint materials in low quality of texture and then get high quality at the end.

– “Ghost but this” corrected, it is not screwed by Undo anymore.

– Image files recognized not by an extension (that may be wrong) but by signature. It prevents multiple user errors. Sometimes files, downloaded from the internet have the wrong extension.

– Correct alpha channel visualization in paint mode for polygonal models (not voxels/surface!). Polygons sorted from back to front in real time for correct rendering. It works fast, but if you feel it is slow, you may turn it off in View menu.

– exr added to the list of extensions, acceptable for pen alpha.

– Correct undo after voxelization of the volume, attached to curve.

– Fixed problem in curves tool – sometimes only one instance of the model was appearing.

– more intuitive job with “Virtual mirror” in retepo room. By default the active side is where more polygons placed.

– Switching between camera shortcuts does not cancel chosen material.

– Better picking edges/points in retopo room even if pen radius is tiny.

– Zipping-on-the-fly now optional, turn it on in Preferences->AutoZipScenes. Now it works safely, even huge scenes supported, no contradiction with undo. The problem with undo existed for a long time, now fixed. Generally need to test this feature before serious usage, but IMO it is now stable.

– moved Subdivider to the bottom

– Important! 3B scenes are zipped on the fly, so will take much less space on the disk! Saving does not lock main procss, so you may continue to work while 3D-Coat saves scene.

– Smooth all in surface mode works correctly with multiselection.

– Possibility to save curves to separate files

– Support of multiple modifiers per curve

– You may display chunks length, double-click over the number will change it to the given value.
– Partial extrude, selected points only.
– Possibility to display length of chunks between sharp points (in curve RMB settings), double-click on the value will change the length without affecting neighbor lengths.

Important improvement! Much less memory consumption for per-pixel painting. Stiil requires some testing if nothing is broken in PPP.

– Duplicate layer works correctly
– Reproject tool polished, correctly works with scale, well documented via tooltips, may project color and depth and keep all this in layers.

– primitives for curves
– Curves->Modifiers menu
– Extrude points
– a lot of polishing of different tools.
– back side of curve visibility toggle.

– Store camera/[panorama data to the preset.

– Curves “Apply” corrected to work in all tools.

– Possibility to click to fill in material editor (in fill tool)

– Better picking corners in all windows where curve edit required.

– Retopo via decimation works correctly with objects of non 1.0 scale.

– fill by patch remade. Should be faster and more accurate.

– Correct EPS/spline import export. IGES supported. But IGES is not included in community version, if you need to test it, send me request I will send special key.

– possibility to link several points if snapping to points enabled. They will be moved together.

– fixed problem of 3B loading (in case of using Curves tool)

– Instant meshes integration. Press RMB over object, AUTOPO->….. It supports symmetry. Don’t expect too much. It is about robustness and stability, but not about too great quality.

– New curves are in very good state. Still need a lot of development, but now it is closer to Corel in 3D. Still beta. (Edit->Prefs->ShowNewCurvs)

– Posibility of 16-bit export for displacement in export constructor.

– Metall support in picture transform tool. If gloss enabled, imported image will be with metallness. You may vary it with slider.

– Correct PSD export, correct dropping to PS with smart materials with masks. But still have problems with attached materials. Export is OK, getting back is sometimes problematic.

– If 3D-Coat unable to start, it tries to diagnose and troubleshoot the problem.

– To Global / To Uniform space works correctly with multiselection.

– Smart transtion between perspective and orthographic mode that keeps scale of scene near the pivot point.

– Correct pivot point management. Avoiding situation when it is randomly set somewhere outside the real scene. Left/Fromt/… views corrected to avoid – situations when you see nothing in scene after switching.

– Painting with facture works after resampling

– Constant growing in voxel “Airbrush” tool as written in description.

– Highlight tweaked to be less aggressive

1.03.2018 4.8.11
– VoxTree multiselection support. Still needs some testing if it works correctly for all mode. Please report where you see it fails. There are too much applications of multiselect, so something may be missed. Both VoxTre and Curves tree support CTRL, SHIFT, CTRL+SHIFT multiselection similar to explorer.

– New Curves are in good beta state. Enable it in Edit->Preferences->ShowNewCurves. Pay attention to RMB menu over curves.

– Calculator in each input field. You may enter expressions instead of nubber anywhere, where you need numerical input. For example, enter 1+2 or sin(1.5) or any arithmetic operation incliding trygonometry.

– Highlighting for selected objects. When you select object it flashes shortly a little to locate it easily.

– a lot of small corrections in primitives

– A lot of polishing in primitives (bolts etc)

– New Curves are much more functional now. Still a lot of work there. Find it in Preferences->ShowNewCurves, then enable spline lasso mode in E panel. Look also RMB menu over newely created curves.

– Correct usage of current color in Smart materials. Current color will be stored in attached materials as well.

-A lot of polishing in Primitives, many bugs and inconsitencies fixed.

-A lot of time was spent on updating curves, it is not finished, so not exposed in this build. You may alphatest it, enable Edit -> Prefereces-> ShowNewCurves, restart 3D-Coat. Keep attention, it is alpha version, many things are non-functional. Press E and select Lasso of splines.

– Fixed problem of texture preview when you edit shader.

– Bake menu in Paint room. It allows to drop paint objects to Sculpt room, modify there and bake normal/other maps back on paint object.

– fixed problem of very long importing for PPP in some cases.

Need both modes at hand? Now you have the quick swap.

Concept Artist Jose Vega gives an overview of 3DCoat including brushes. He also shows you some of his favorite techniques.

This series contains 32 videos that will take you from the UI and navigation in 3D-Coat to the Paint Workspace, UV Brush Mode, Primitives, Mesh Presets, Smart Materials, and much more.