Dial in your airborne environments with the Flight Kit!

This collection goes perfectly with JetStrike, but includes many great tools that are useful for any project! Over 200 Aircraft Sound FX, 25 HDR Sky Maps. Full 360° maps at 4K Resolution with various cloud types and sunsets, High Definition Aerial Explosions Stock Footage. Plus an advanced Heat Distortion Plug-in by Video Copilot. The Flight Kit essentially includes 4 separate products in one – so you get the tools you need. 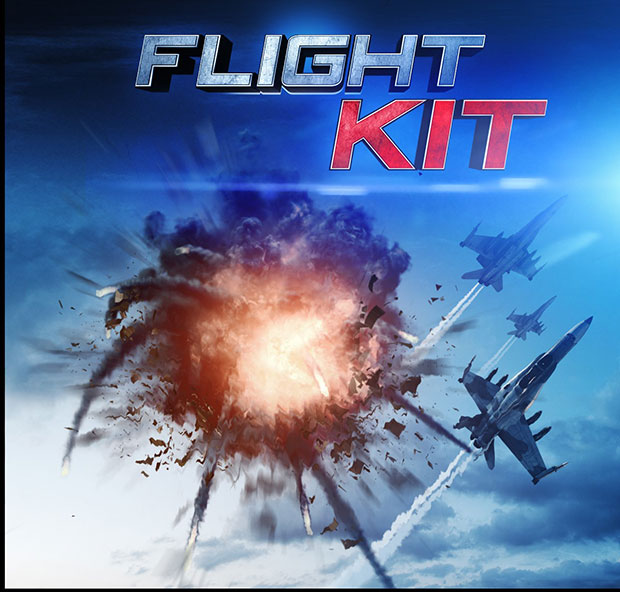 Creating realistic heat distortion in After Effects can be tricky to control using displacement maps and fractal noise AND that is why we created our own dedicated Heat Distortion plug-in! Check out the video to see it in Action.

Requires Cinema 4D R12 and newer to import inside Element.

Element uses fast Open GL rendering instead of the per-pixel Raytracing found in traditional 3D programs. The main difference with Open GL rendering is that objects do not reflect other objects in your scene. However, Element does use Reflection Mapping to generate the appearance of reflecivity without compromising Speed.