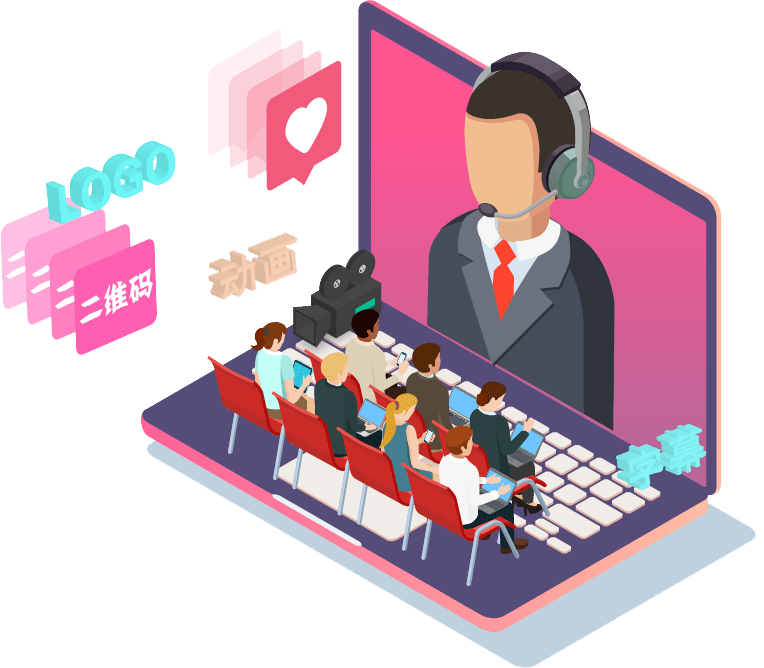 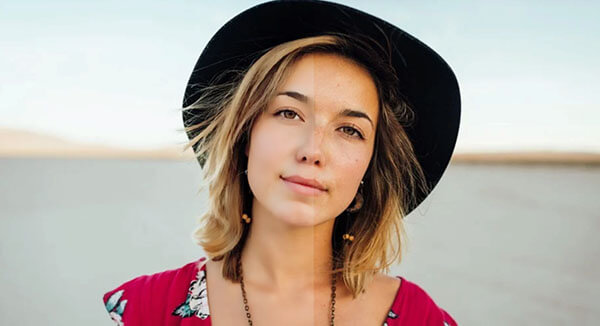 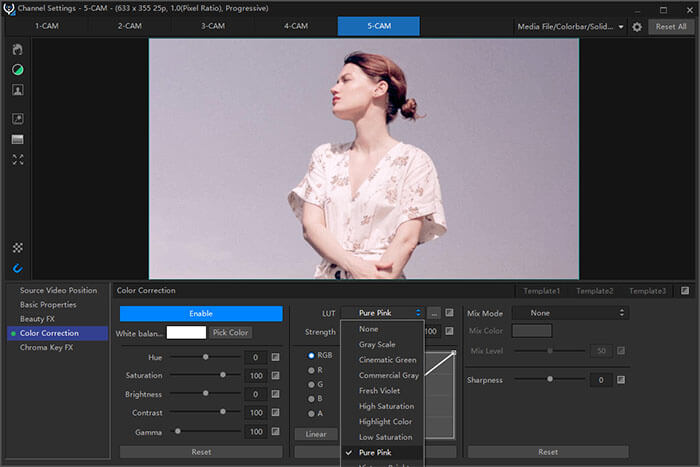 1 fast PIP with I/O effects. All the input channels support operations such as zooming, cropping, rotation, flipping, masking, etc. Users can customize the scene and add layers freely to create a desirable image. Dozens of custom scene templates are ready to be used with double clicks.

Support live streaming to 5 platforms at a time, 2 virtual camera outputs, and 1 NDI output to meet the docking between different platforms, making the live event publish smoother and the audience wider. 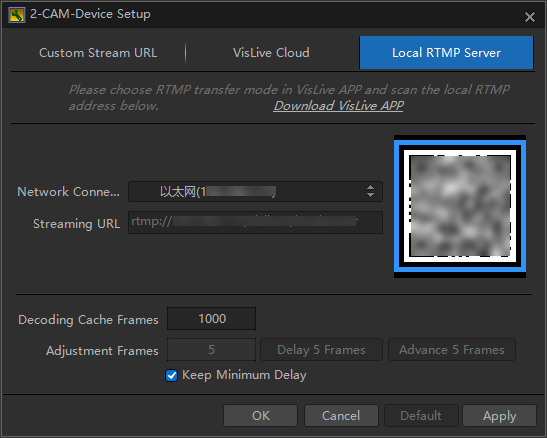 The UI can be adjusted according to one’s usage habits. Customize the UI to make it more user-friendly.

Multi-Channel Live Streaming with One Camera 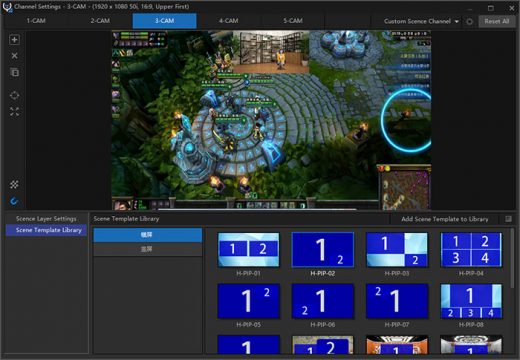 Add target source to the custom channel to perform keying operation and adjust beauty FX and color correction to make character and scene blend as much as possible. Support dynamic foreground and background, making it easy to create a more imaginative and dazzling virtual effects.

The preview image becomes more user-friendly. PGM extended screen supports horizontal mirroring, making it more convenient for the host to watch the live image and adjust the position and gesture in the virtual scene.

Note: local video resolution should be no bigger than 1280*720 when using minimum configuration.

1. VisLive Pro supports up to 6 channels (5 external signals + 1 media channel).
2. Support screencasting of mobile phone (iPhone is accessed via screen mirroring method, and Android phone is connected via VisLive Screen Cast App).
3. Support setting any CAM channel as “Copy Channel”, which can copy the image of other CAM to this channel. You can trim or digitally zoom the image to realize the effect of 4K input being converted to an extra HD camera position.
4. Support setting any CAM channel as “Custom Scene” to add image layers. The layers can be external image files, as well as another CAM channel. You can set position, rotation, zoom, transparency, cropping and other parameters of each layer to control its performance in the scene. The scene template package file (*.vxscepkg) can be imported and exported. The template package file contains picture files referenced by the scene to facilitate the exchange of scene templates between different computers.
5. Test signal device type is changed to “media file/color bar/monochrome”. Each channel can be set to this type, and the loop playback of video files is supported.
6. Redesign the settings of each channel, and divide the channel settings into multiple pages which are Source Video Position, Basic Property, Delay and Audio Settings, Beauty FX, Color Correction, and Chroma Key. As long as the computer performance allows, each channel can add special effects such as beauty FX, color correction, and keying. Background and foreground can be added to the channel, and image size, position, rotation, and other properties can be adjusted as needed.
7. All channels support digital zoom, and background blur effect can be added to a non-fullscreen image.
8. Add whitening function to Beauty FX.
9. The color correction effect supports white balance, gamma, sharpen, and LUT.
10. PIP includes more in/out effects.
11. Support 4 Logos. Add more fading in/out effects. Improve the editing operation of Logo in PGM window.
12. Add more transition effects. Preset dozens of GPU based transition effect templates.
13. VisLive Pro supports live streaming to 5 addresses at most.
14. Support live streaming to VisLive Cloud, realizing remote signal access (use VisLive to push the stream to VisLive Cloud in other place, and local VisLive accesses the signal via 6-digit connection code).
15. Support virtual camera output to realize docking with third-party program (for example, VisLive can output live image to Taobao or Tik Tok live broadcast).
16. Support 90-degree rotated NDI output in portrait screen project (aka. rotated as landscape screen to output). This function can be used when some third-party live broadcast client accesses VisLive signal through NDI Virtual Input. NDI name can be altered.
17. Support mirroring output expanded screen, which can be used in cases where the host needs to watch the display to check his position and gestures.
18. Add shortcut menu, preset some shortcut operations for quickly call (such as opening Windows audio control template, opening Windows device manager).
19. Support multiple drag-and-drop operations, such as dragging and dropping media files, custom scene templates, and Logos from Windows Explorer to channels.
20. Support automatically rotating 90 degrees in portrait screen mode so as to output in landscape mode via I/O card.
21. Upgrade the underlying rendering engine to GPU render to further improve real-time performance.
22. Support noise suppression function.