SketchUp Pro is a full-featured desktop modeler, built to make anything your imagination can create

There’s a reason SketchUp is synonymous with friendly and forgiving 3D modeling software: SketchUp doesn’t sacrifice usability for the sake of functionality. Start by drawing lines and shapes. Push and pull surfaces to turn them into 3D forms. Stretch, copy, rotate and paint to make anything you like. If you want to be productive within a couple of hours, you’ve come to the right place.

Use SketchUp Pro to get owners, inspectors, architects, engineers, and subcontractors all headed in the same direction. 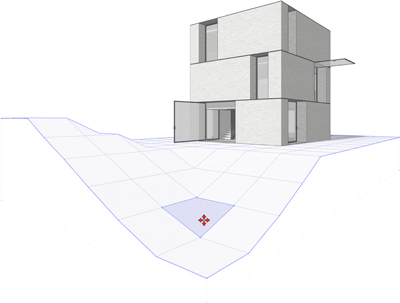 The most intuitive way to design, document, and communicate your ideas in 3D. 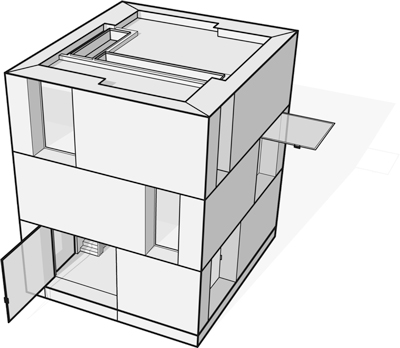 3D modeling for professionals? We’ve got you.

A great mix of our classic desktop software, our shiny new SketchUp for Web modeler, and all sorts of things you’ve been asking for over the years — including the ability to publish, share, and store projects in the cloud with Trimble Connect.

Tools for your 3D modeling toolbox

Fast, easy 3D modeling for anything you can imagine.

The powerful web modeler, with all the features you need to turn your designs into real things.

Share, collaborate, and store your projects in the cloud. Gain flexibility and peace of mind.

Wow your clients with a walkthrough of their project on Microsoft HoloLens, HTC Vive, or Oculus, on your phone or tablet.

Features that make your projects yours

Make your project look like only you can with custom Styles, Materials, and Outliner. And, make that work smooth and easy with Dynamic Components.

Using SketchUp Pro, you can create 3D models, either by starting from scratch or by using existing data. Import drawings, CAD plans, photos, aerial imagery and other information, then use the modeling tools in SketchUp Pro to develop your ideas into 3D.

Add Data to your Model

Within SketchUp Pro, you have the ability to add attributes to your model with Dynamic Components. At any point, create a report summarizing the attribute data in your model.

SketchUp Pro can bring in DXFs and DWGs from any standard CAD package. It can produce images, PDFs, CAD files, and HD animations. You can be sure that SketchUp Pro will plug right into your workflow.

For many of your projects, SketchUp Pro, which includes LayOut, is all you will need. LayOut is the 2D presentation tool to SketchUp Pro for creating deliverables like permit and construction drawings, presentation documents, and full-screen digital presentations.

NOTE: To use your license with SketchUp Pro you must have internet access. For additional details concerning these internet requirements, please read Understanding Your License.

Sketchup Fundamentals is a guided tour of the core ideas that make SketchUp unique. These concepts are essential for every aspiring SketchUp modeler.

Getting Started with Sketchup Tutorial Series

If you are new to Sketchup, this series of 6 tutorials will help teach you the basics.  Each lesson is a mini project in which you will learn about different tools and techniques.