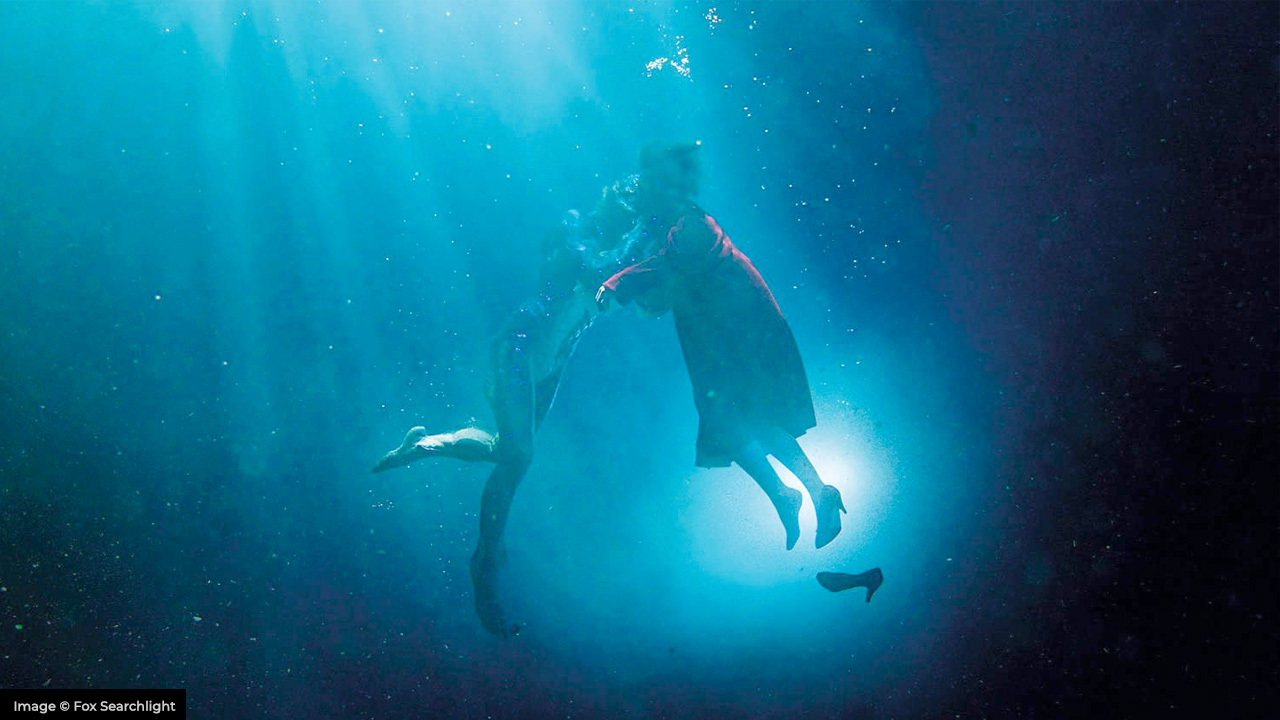 The Shape of Water is my personal pick for Best Picture for the Academy Awards, and I’ve seen all of the nominated films. It’s so beautifully shot and the story is compelling. Without giving away any spoilers, The Shape of Water is the story of a mute woman who works in custodial services at a lab in 1962’s Baltimore during the Cold War. Scientists bring in an amphibious creature and love happens. Of course, the evil lab manager has other ideas.  This is a roundup of the visual effects in the film, created by Mr. X and others.

We featured The Shape of Water for Big Screen Effects in January, but there has been so much more out about the film in the last 2 weeks as the Oscar race heats up!

The Shape of Water Visual Effects and Mr. X

Mr. X is a Toronto-based Visual Effects production house and the effects on The Shape of Water were lead by VFX supervisor Dennis Berardi. Mr X employed about 160 animators who created over 600 visual effects shots, which amounted to about one hour of the film (Source: CGW). The creature effects are incredible, as are the gorgeous underwater shots. What is most impressive though, are shots that I didn’t realize were VFX shots, like some of the scenes in the lab, and the skyline of Baltimore.

The Making of “The Shape of Water” from Mr. X

If you’re wondering about the software that Mr X used in the making of the film, here are a couple of excerpts from an article from Computer Graphics World.

For the VFX work, Mr. X used Autodesk’s Maya for modeling and animation, and Side Effects’ Houdini with the studio’s custom path tracer and in-house Cryptomatte extensions inside of Side Effects’ Mantra for the simulation and lighting pipeline. The custom path tracer and Cryptomatte extensions allowed for clean matte extraction of primary rays through arbitrary reflection and refraction depth – absolutely crucial for fine compositing control through many layers of glass, condensation, particulate, volume lighting and water. The artists also extended their custom Mantra SSS model to allow for the separation of per-light contribution, which is now available in off-the-shelf Houdini.

They also used Nuke for compositing, “Science.D.Visions’ 3DEqualizer for tracking, Foundry’s Mari for texturing, Pixologic’s ZBrush for sculpting and initial hair grooms which would be then sanitized and polished up with Peregrine Labs’ Yeti before being exported as dense guides for simulation and rendering in Houdini.” (Source: CGW)

The Shape Of Water VFX Showreel

Read the full article in the Toronto Star.

Articles on Visual Effects in The Shape of Water

Mr X has gotten a lot of press for their amazing work on the film. Here’s a few articles. There are many more!

THE SHAPE OF WATER | Behind The Scenes | FOX Searchlight

These are interviews with Guillermo del Toro and Doug Jones, the actor who plays the creature.

More about The Shape of Water

And this is just interesting…