Title Studio can be purchased as part of Continuum 2019, the 3D Objects Continuum Unit or as an individual Premium Filter. 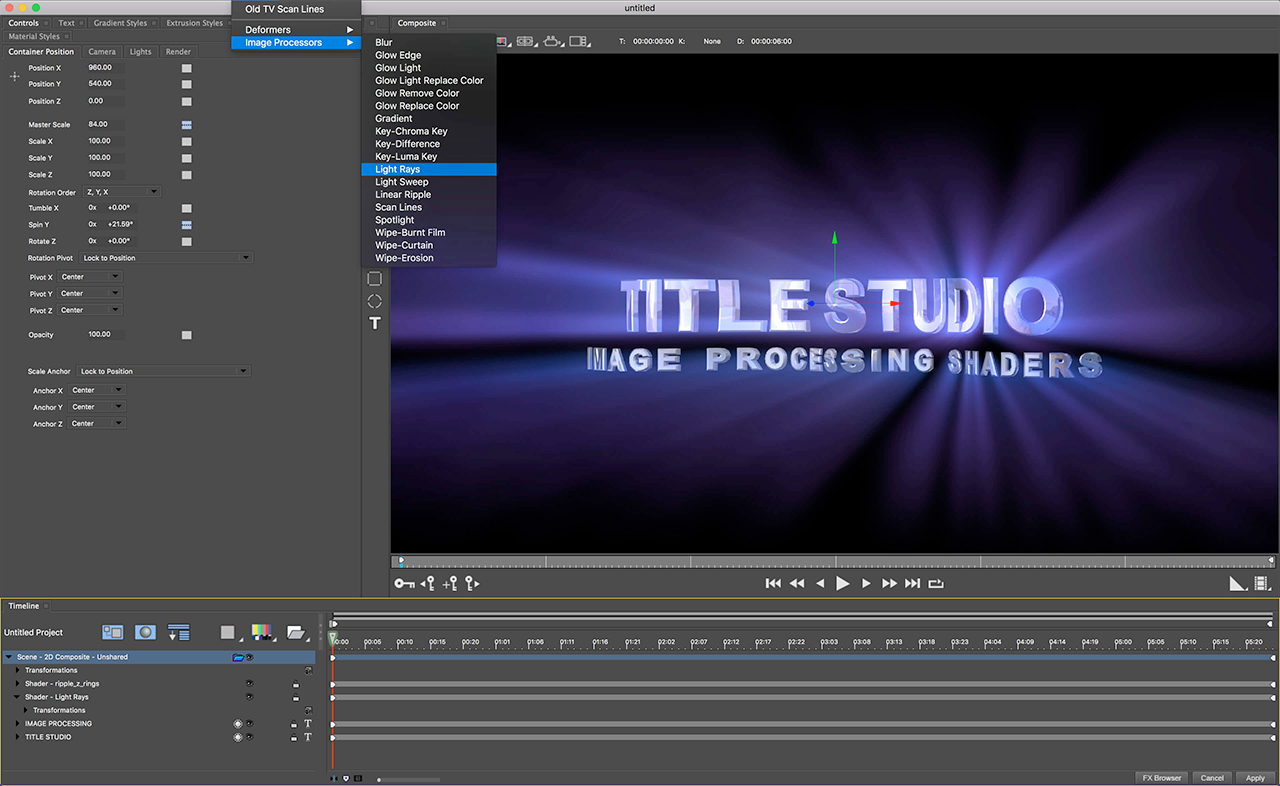 Quickly add text treatments such as animated glows, blurs, and volumetric lighting to titles directly inside the application in real-time (GPU-accelerated). Shaders can also be applied at texture, shape or scene levels for even greater flexibility. 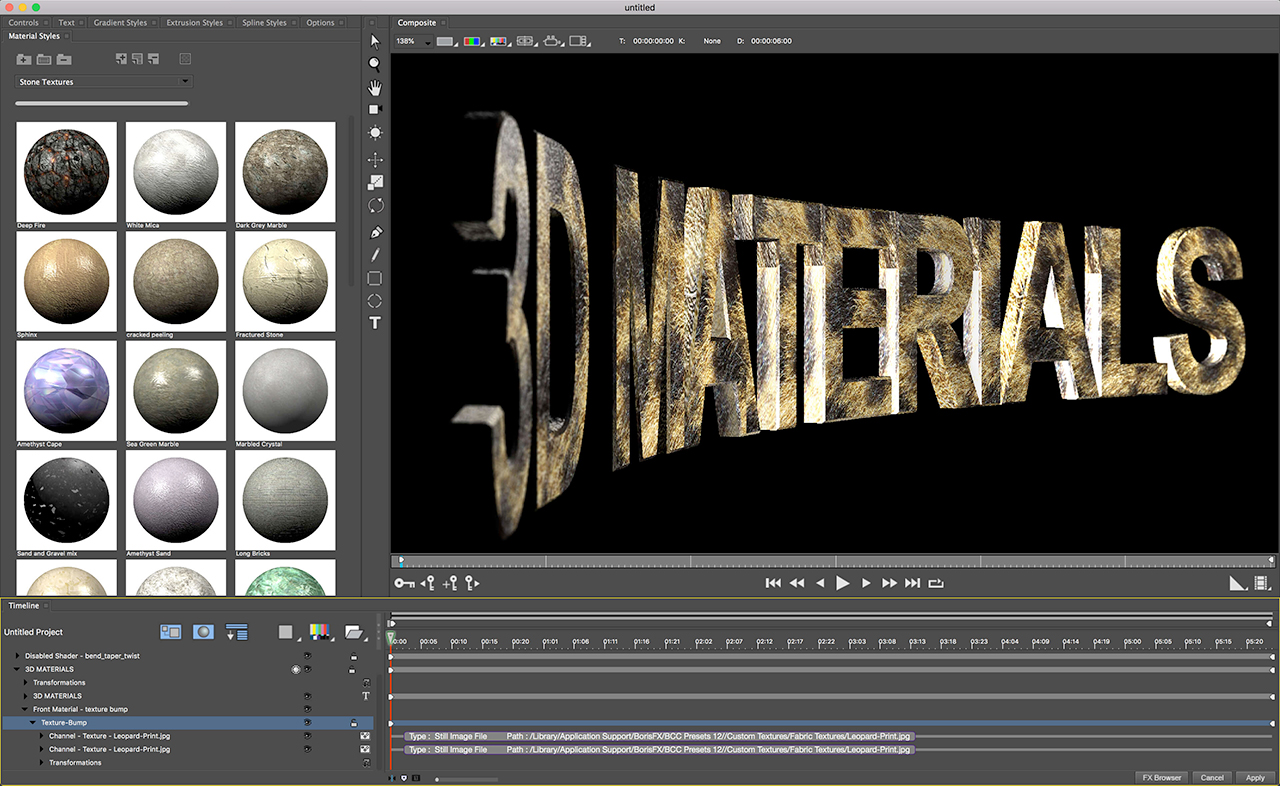 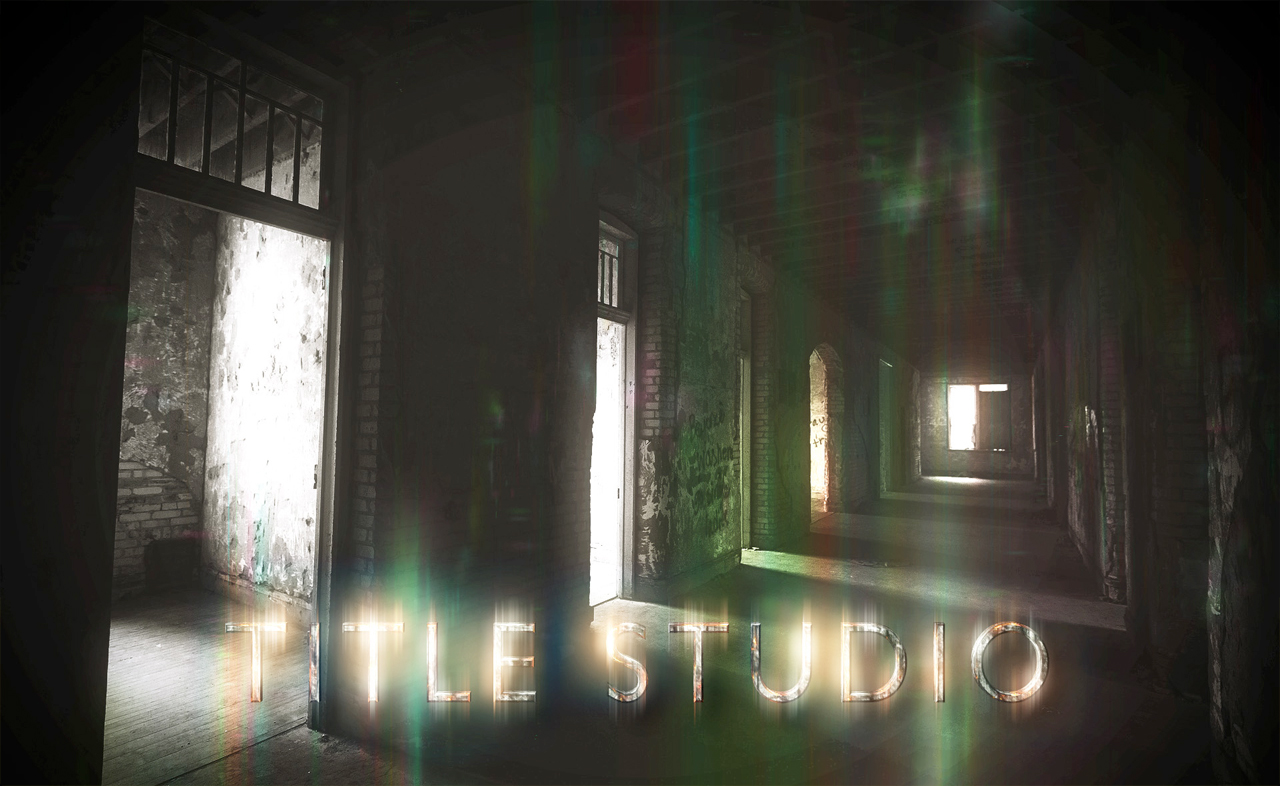 New preferences allow users to define max texture size and display the size of each layer of text in pixels. 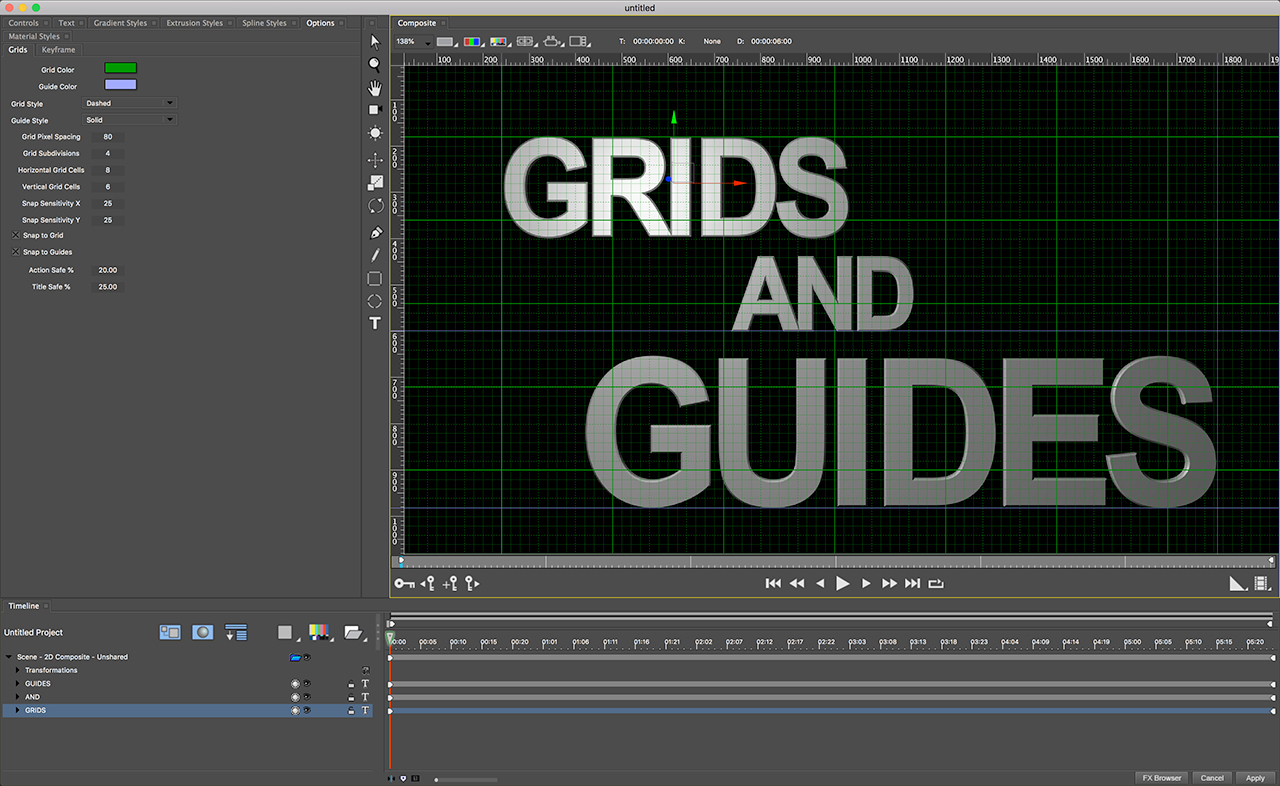 Now includes a very useful grid and guides feature. The grid is totally user configurable via the new Grids Palette and users can elect to have objects in the scene snap to the grid or the guides or both. 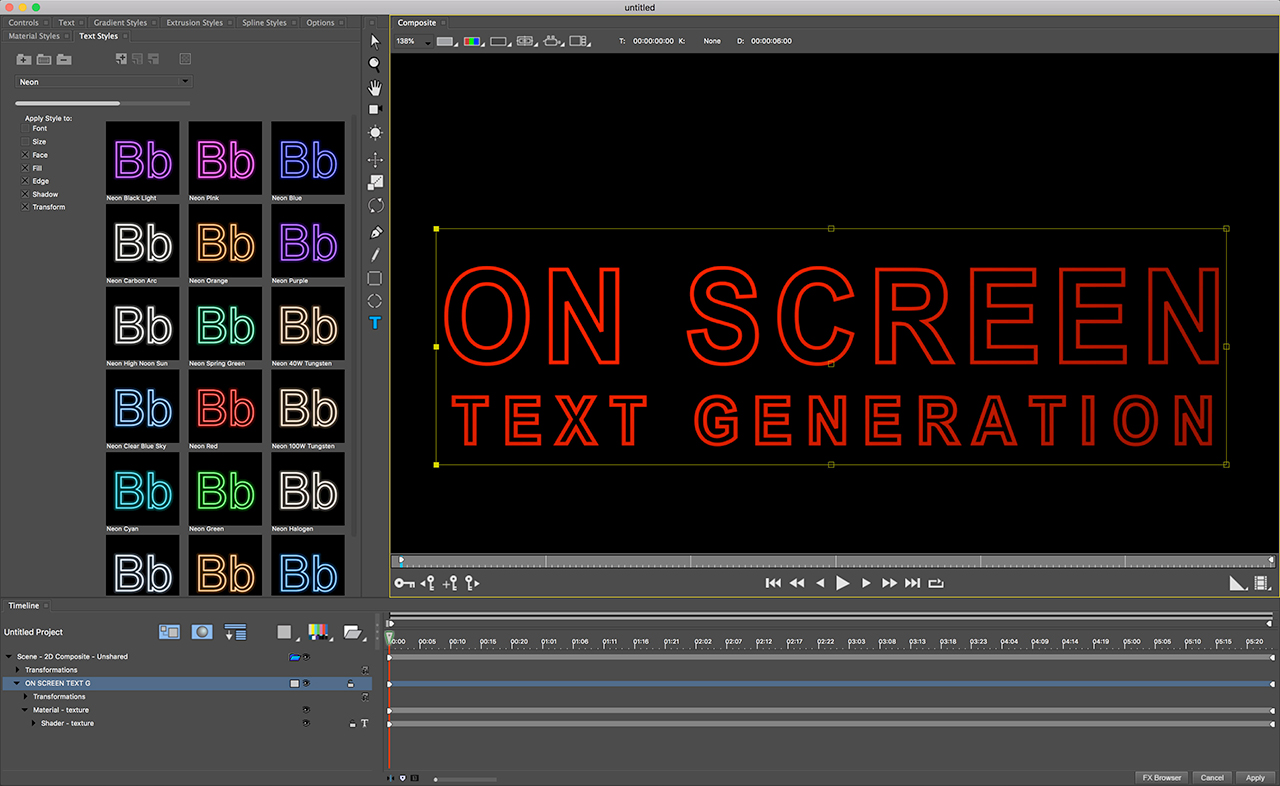 Users can now select the text tool, click in the comp window and start typing, making the accurate placement and generation of titles faster and easier than ever before.

Text objects can now be repositioned and scaled with the click of a mouse using the new text box. Scale faster and more accurately. 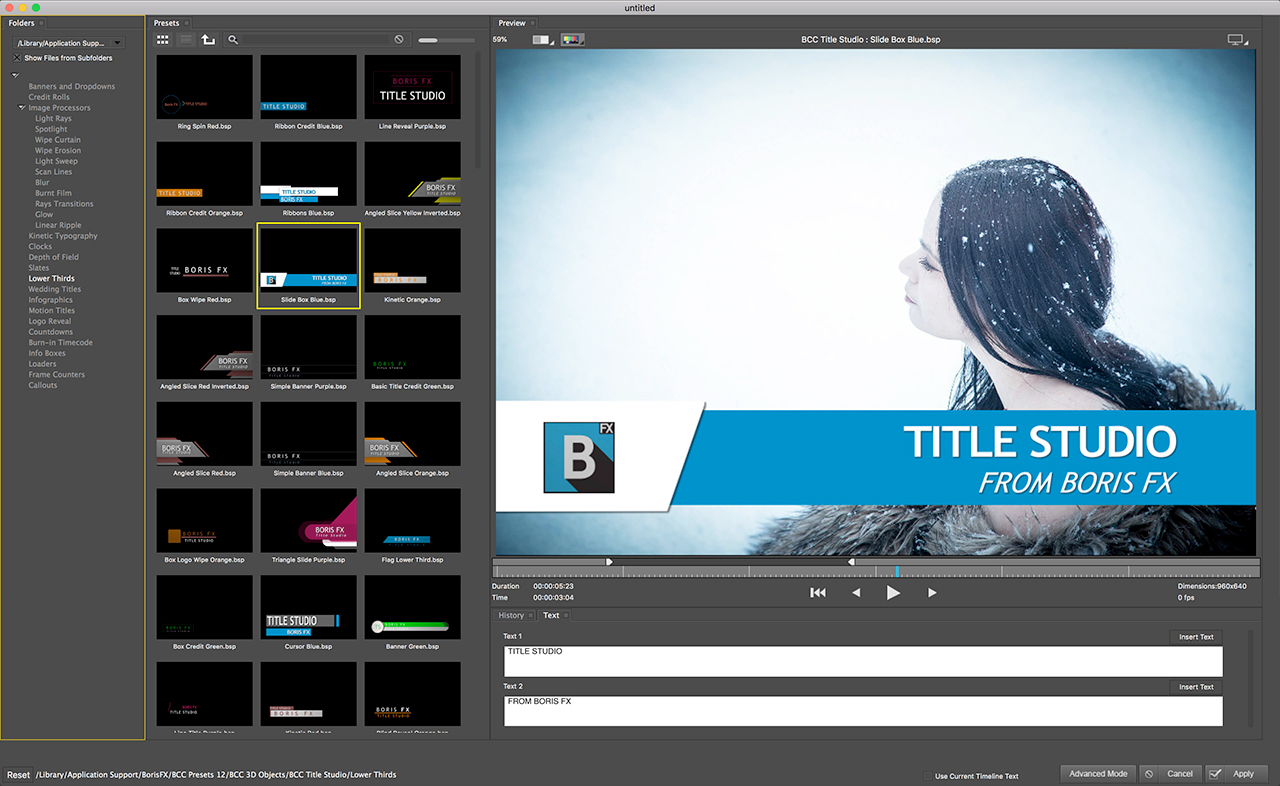 150 new professionally-designed presets using the new Image Processing Shaders have been added to get users up-and-running quickly. Simply drag & drop or customize and save your presets in the new library. 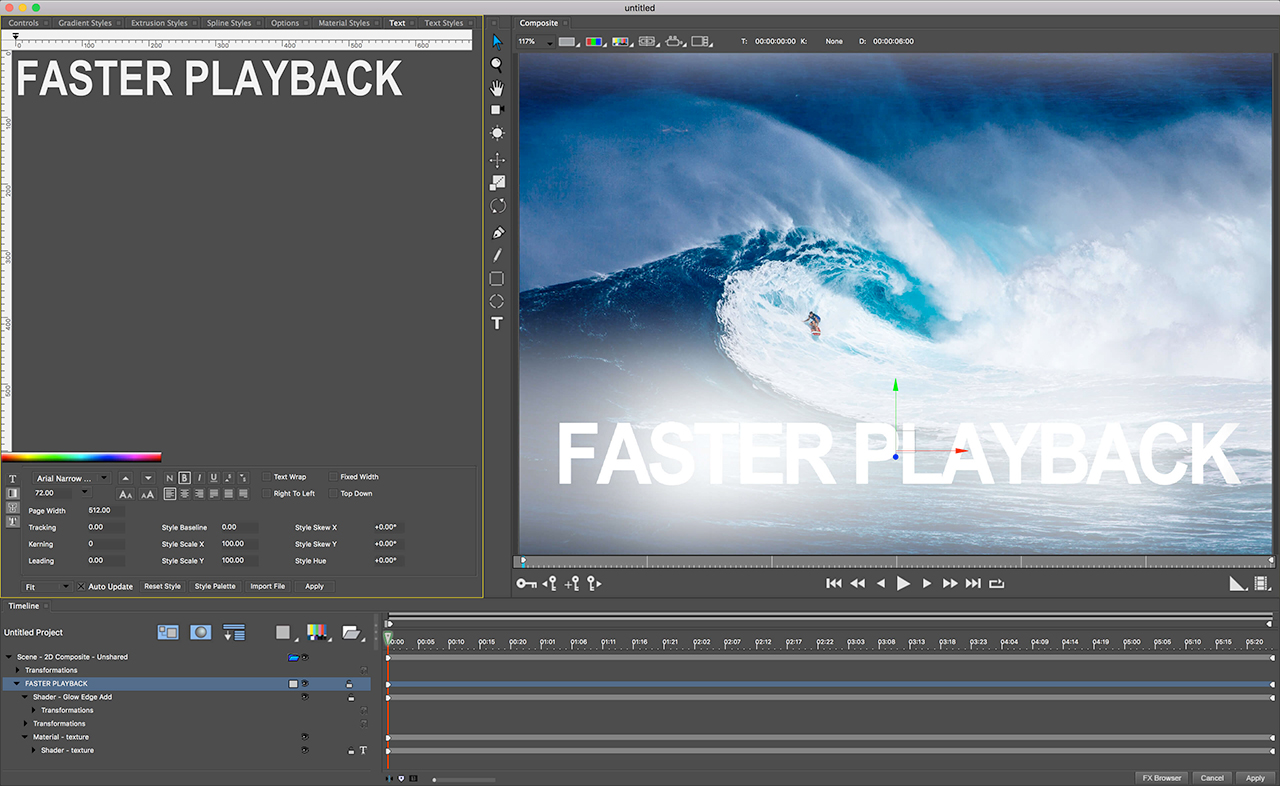 The Title Studio interface makes true 3D interaction possible with multiple views and the ability to create unlimited graphics and titles inside of a single effect instance.

Import Cinema 4D files directly into Title Studio for rendering and animation. Choose from a variety of stock models or create your own. 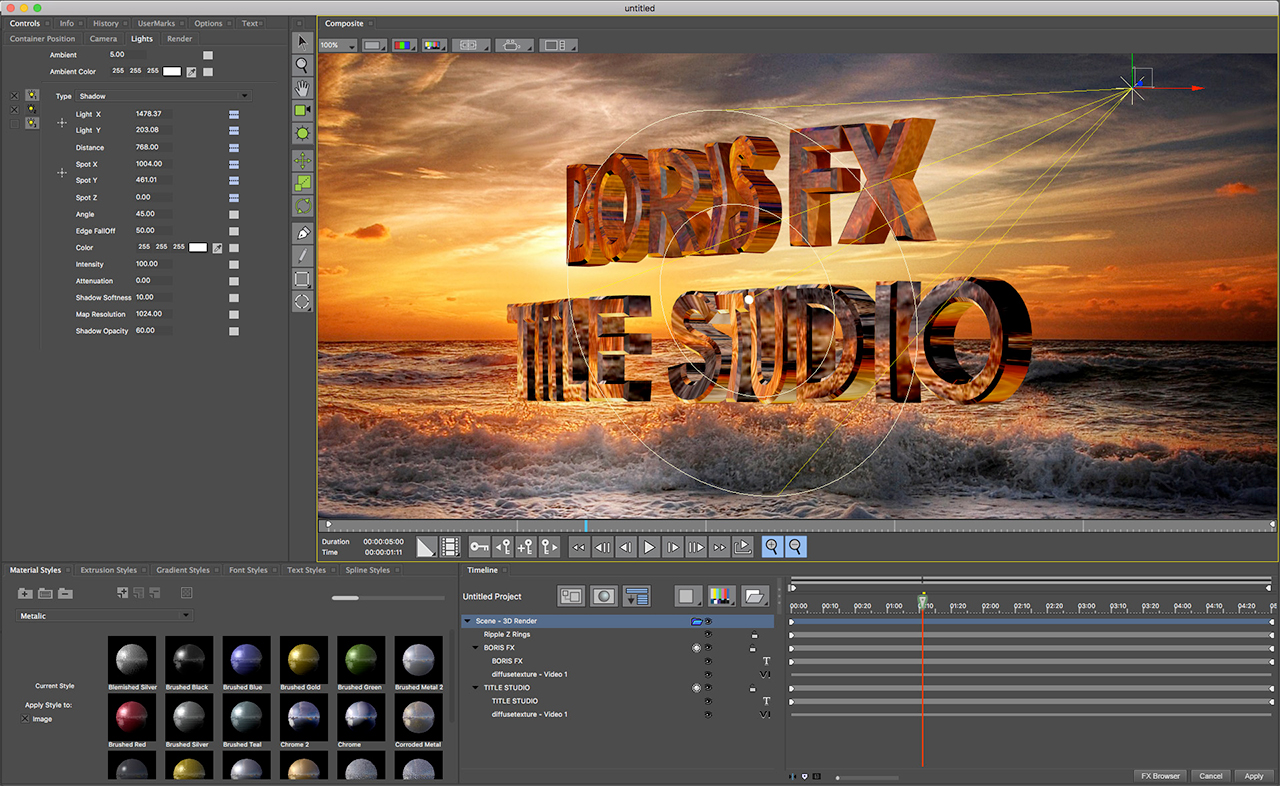 3D Scene Mode: Objects in the path of a scene shadow light can cast 3D shadows onto other objects in the scene to create more photorealistic 3D graphics compositing. Objects render according to their position along the Z axis regardless of track hierarchy.

2D Scene Mode: Objects render according to their track hierarchy. The objects closest to the top of the stack will render in front of objects lower in the stack.

A simplified customizable timeline includes the option to hide/show transformations and/or materials at the click of a button. Quickly go over tracks in deep composites.

The Uberkey function includes a visible button in the timeline. Users can switch the visible track listing to display only those tracks containing animated parameters. View and fine-tune keyframe animation easily. 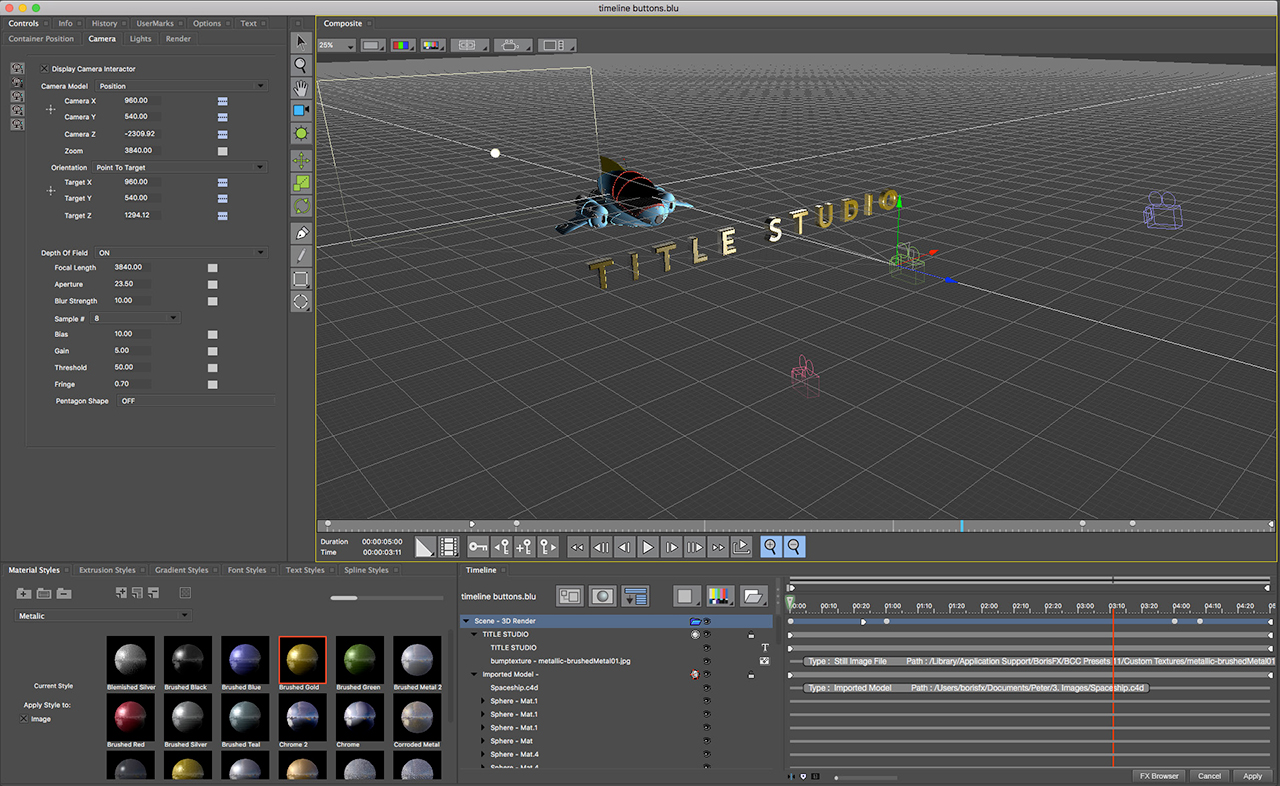 Incorporate multiple cameras and lights into any scene with Title Studio’s easily configurable GUI. The expanded toolbar includes 2 buttons that provide a quick way to automatically switch the GUI to allow users to interact directly with 3D cameras and lights in a 3D viewer. Switch to the World View to display camera or light parameters in the Control Panel. 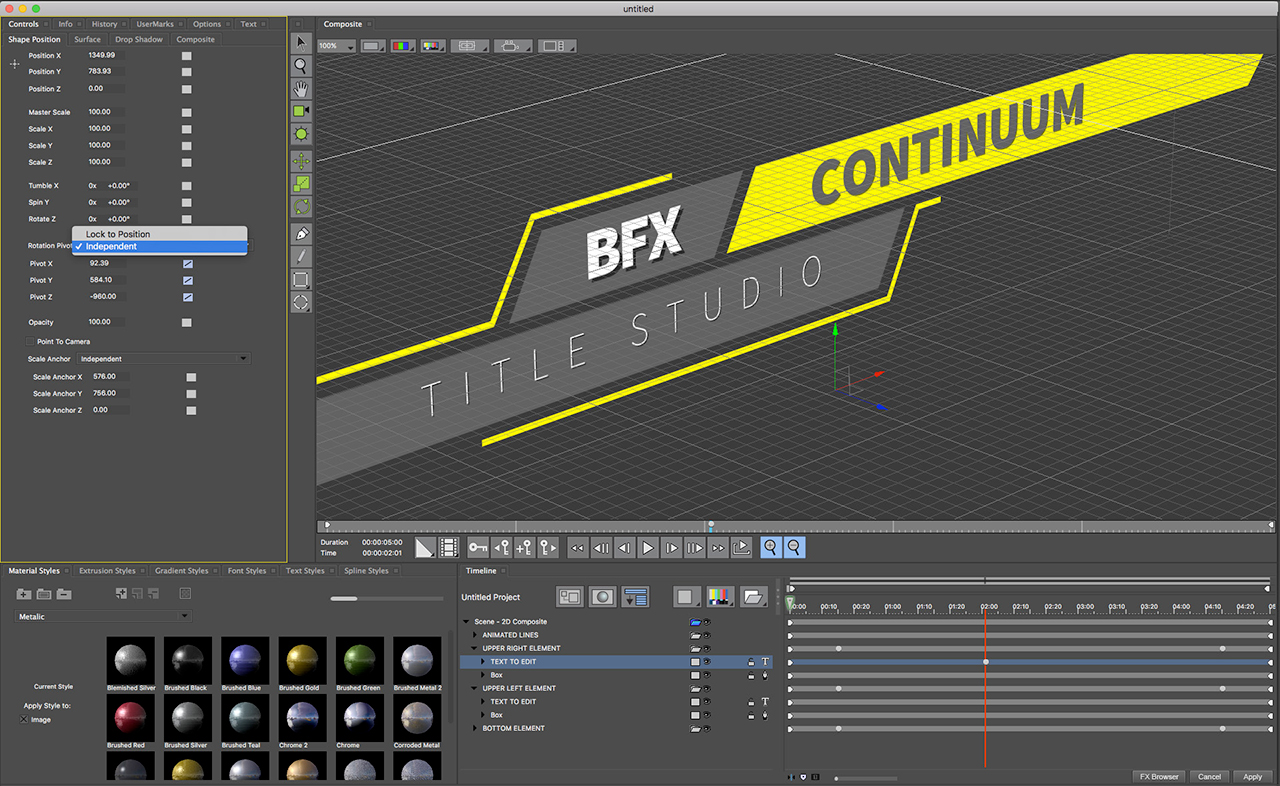 Users have the option to offset the pivot point of any 2D or 3D objects from its source by rotating and scaling an object around independently positioned points or from the center/edge of the 3D object. Unlocking the pivot point gives editors and artists even more creative freedom when designing animated title graphics and lower thirds. 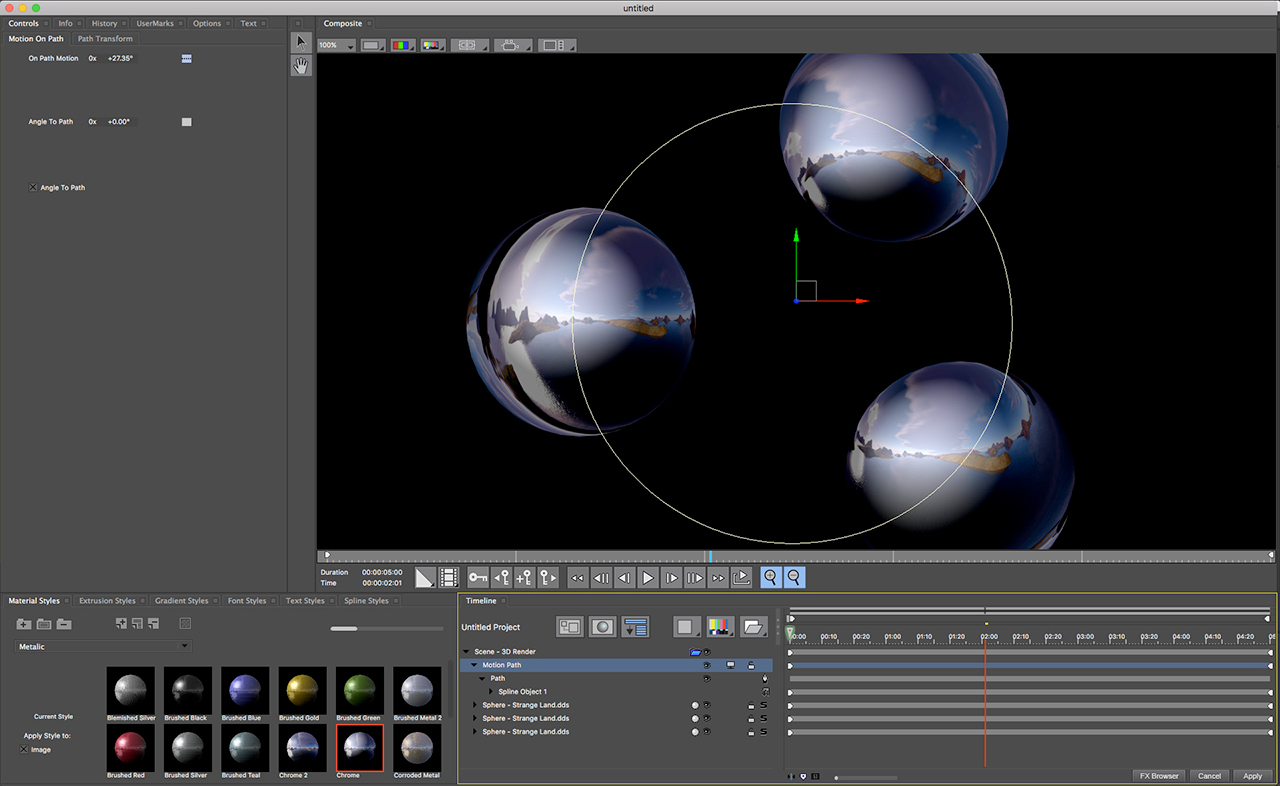 The Motion Path filter allows users to animate the position of multiple objects along a user-defined spline-based motion path. Simply add Motion Path to a scene and draw an open or closed spline shape. All objects in the scene will automatically snap to the contour of the spline shape. Featuring controls to reposition and animate objects along the path shape. 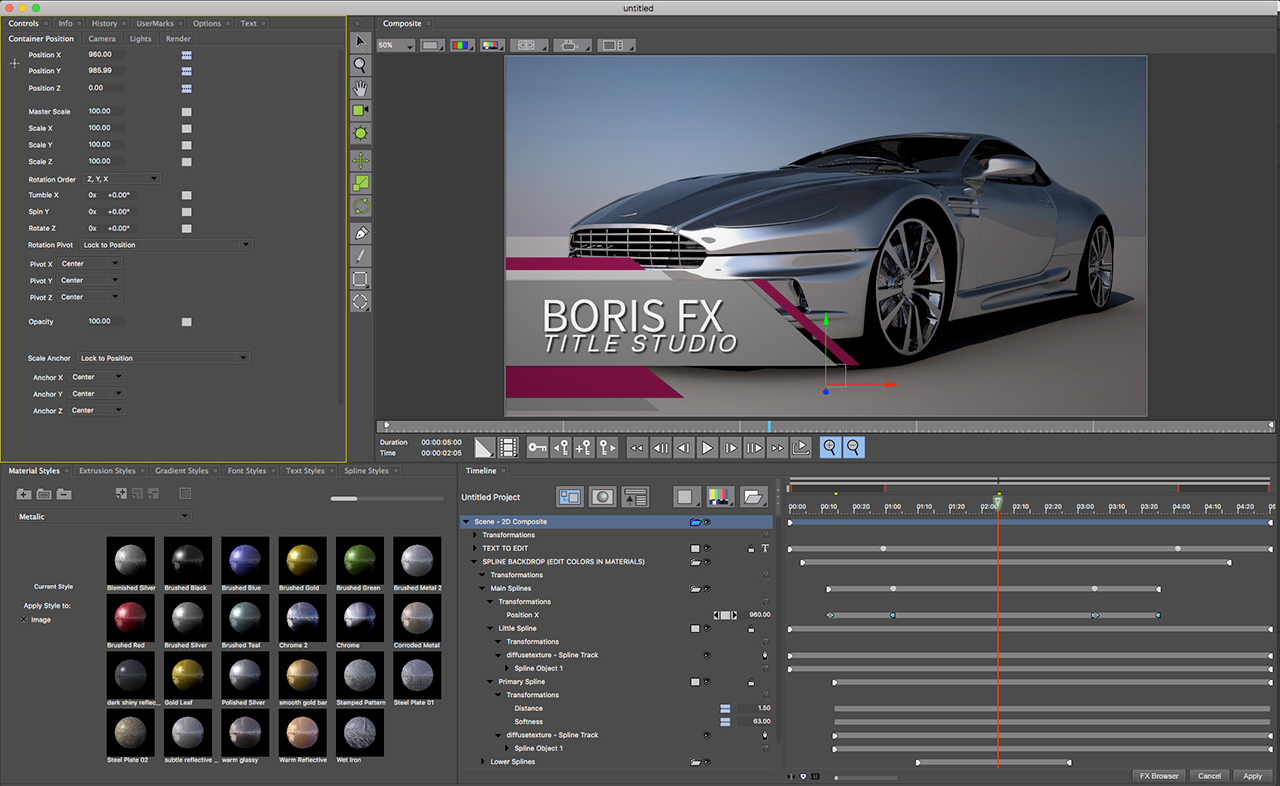 Trim the start and end of any track by simply clicking and dragging directly in the timeline window. The click-and-drag method reduces the work involved in controlling the timing of animated graphic elements and makes it easier to see when objects are set to appear in a scene with a quick glance at the timeline. 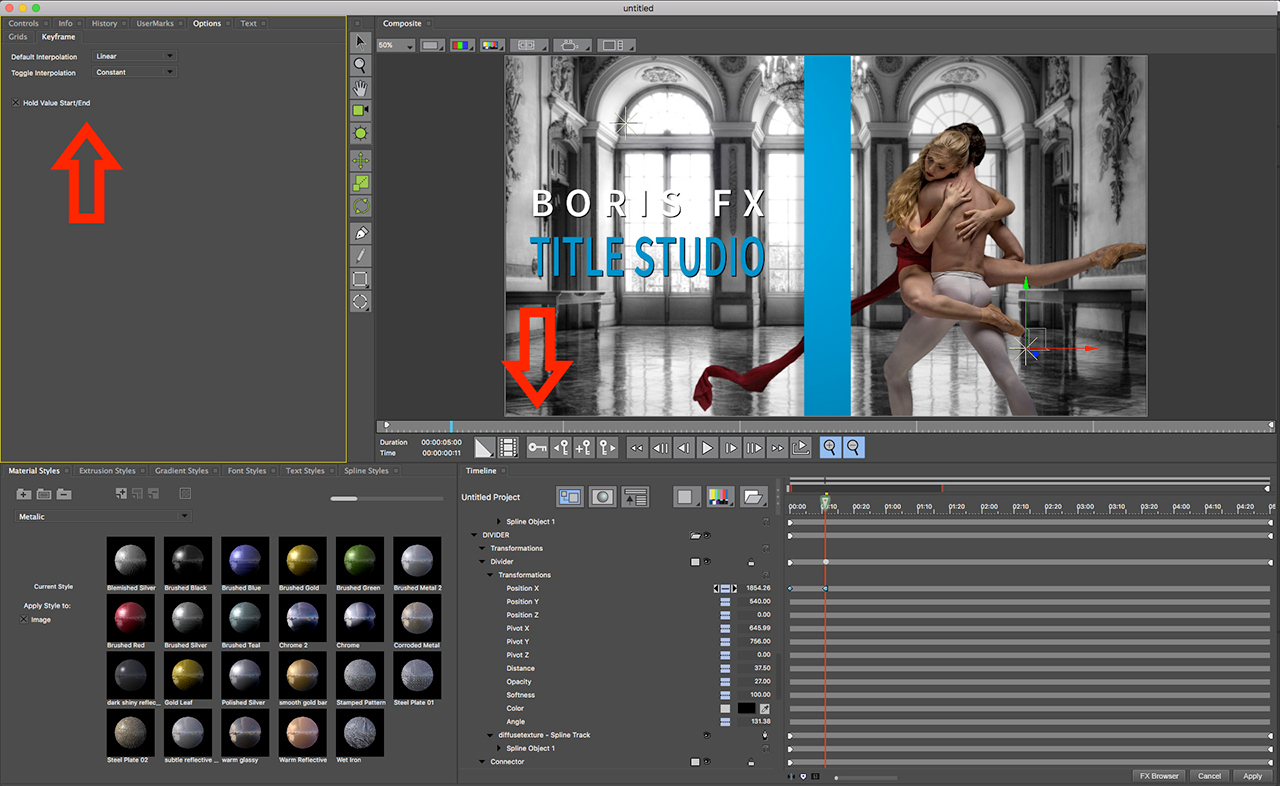 The industry standard for most motion graphics generators is to set parameter values to “Hold” before the first keyframe and after the last in the timeline. Title Studio’s “Hold Parameter Value” default does just that. The Record Button, which automatically sets new keyframes whenever a parameter value is changed by the user, now defaults to “off” — a helpful option that prevents accidental keyframe generation when making adjustments to objects in the scene. 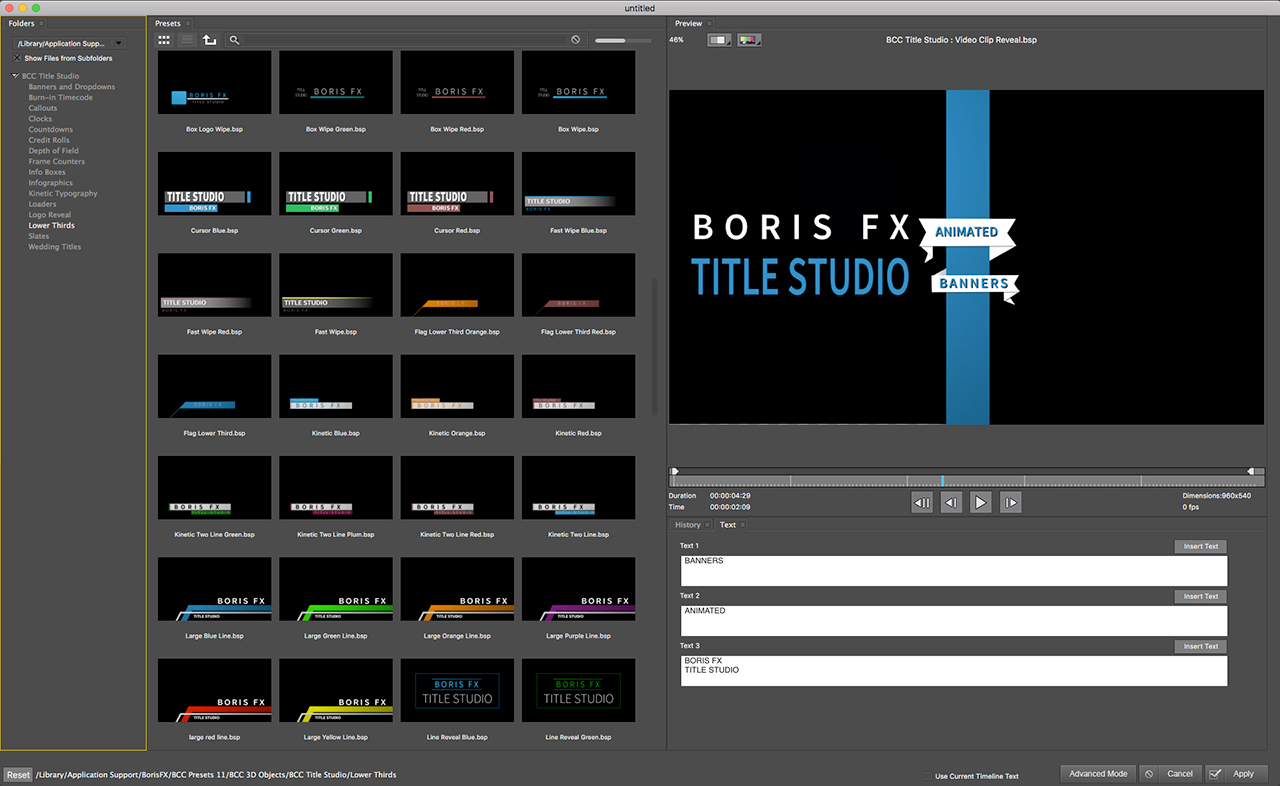 Title Studio includes hundreds of brand new professionally-designed preset motion graphics templates. Animated and static templates can be viewed within the integrated FX Browser before adding any preset to the timeline. All presets are fully customizable. Easily create new presets, save into the preset library, and share with other members of the team using Continuum over a shared network. 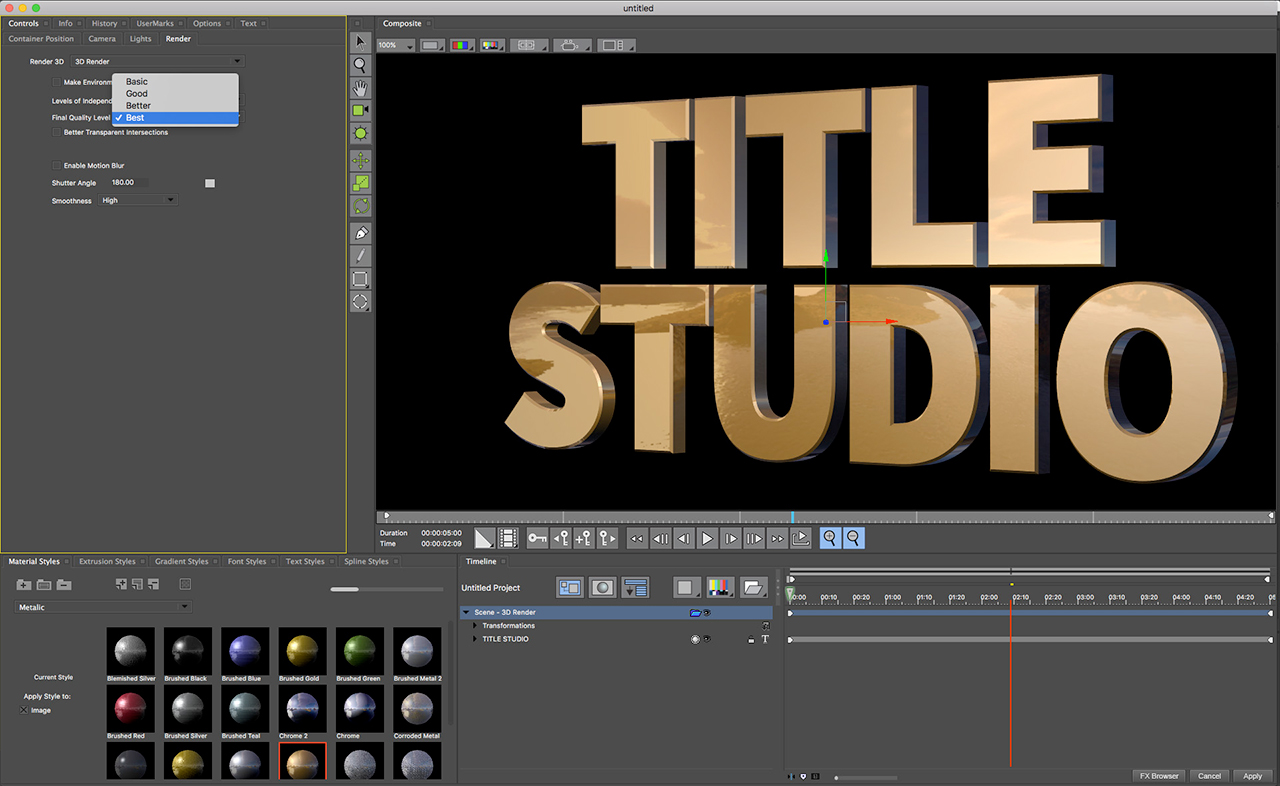 Title Studio’s 3D Objects offer a high-quality result with multiple anti-aliasing options for edges. Users can lower the level of anti-aliasing while setting up a complex 3D scene to provide a speed boost. Once ready, simply switch back for the final high-res render.

Note that Continuum OFX may work to varying degrees in other OFX hosts, but at this time it is only officially supported in Resolve and Vegas. Note that official Resolve support does not yet include the embedded Fusion page within Resolve.

Note that due to variation from one OFX host to another, some features or effects may not be available in all OFX hosts.  Furthermore, some Continuum features have additional host version requirements:

This 8 part tutorial series from Boris FX walks you through the process of creating professionally-designed and animated 3D sports interstitial graphic from scratch using Title Studio together with an Adobe Creative Cloud workflow.

In this tutorial, Vin from Boris FX shows you how to create Doctor Who inspired titles in VEGAS Pro using only Boris Continuum Title Studio.