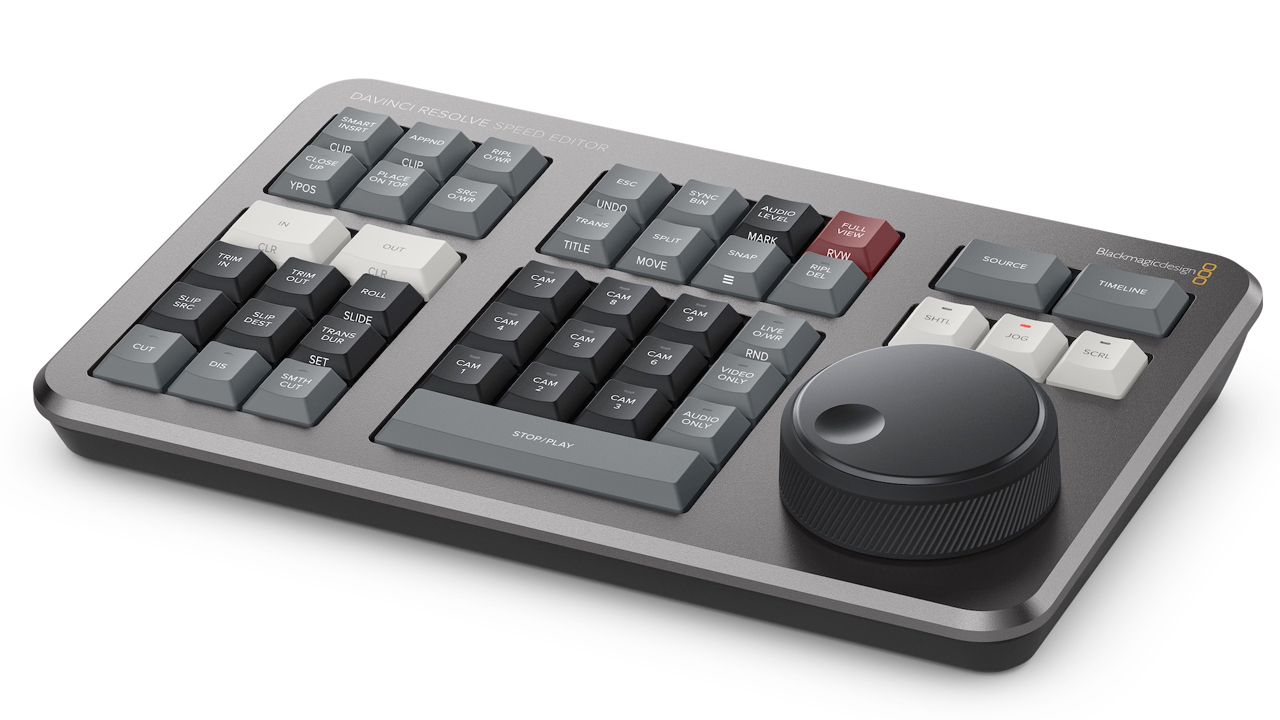 Scott Simmons with ProVideoCoalition has a very in-depth 2 part review of the Blackmagic Design DaVinci Resolve Speed Editor.  He uses it in real-world editing workflows and attempts to find the best way to get the most out of the small but robust editing keyboard.  The first part focuses on most aspects of the Speed Editor except for the multicamera editing functionality.  That he reviews in the second part. Check out the Pros and Cons Scott found here, then follow the link to the full review.

I go back to a word we don’t get to use very often when editing a lot of the content that editor have to edit these days … fun. Using the Speed Editor search dial to do most anything while you’re editing is fun. While I will debate if the Sync Bin/Cut Page would ever be that much faster for mulitcam editing, actually “painting” on your angles is kinda fun and unique. If you’re just editing a talking head or something that isn’t at all complex the Sync Bin/Cut Page could be just as quick as regular mulitcam. But if you know traditional multicam editing and like how it works then the novelty of the Sync Bin/Cut Page will probably wear off and you’ll go back to the Edit Page way of doing it.