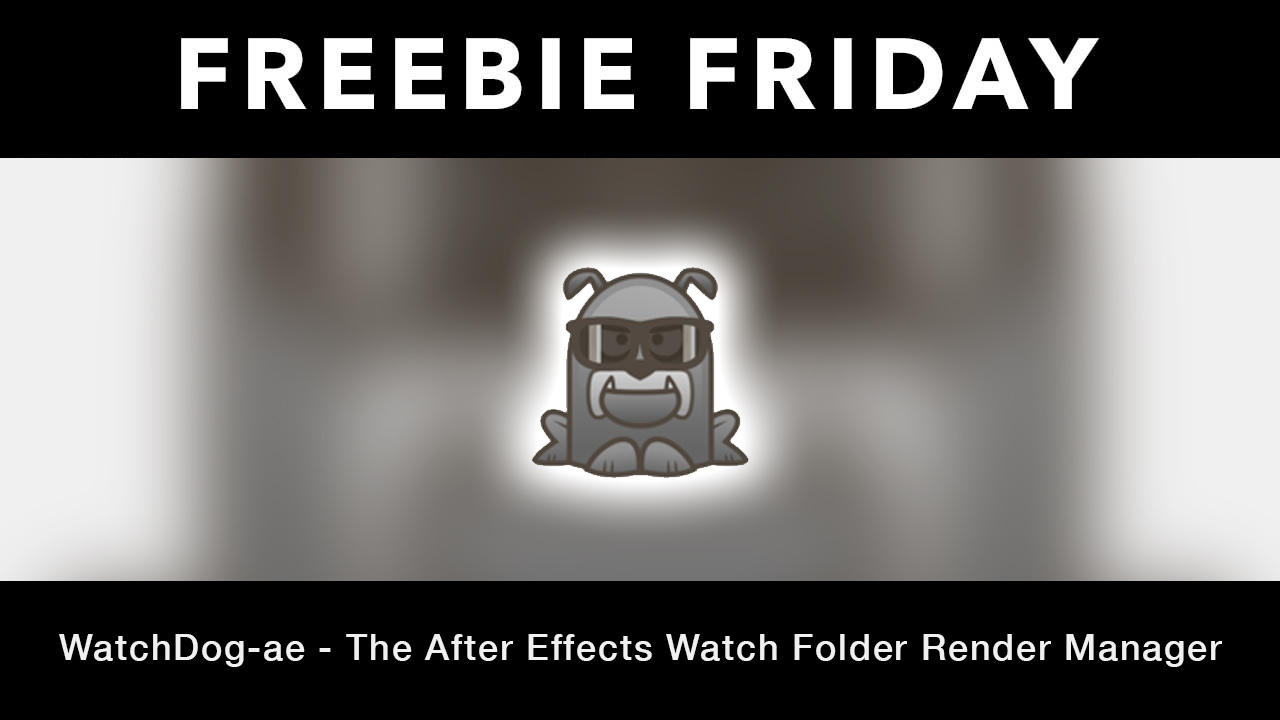 AG CodeWerks Watchdog-ae is a free and open source watch folder render manager for After Effects that is simple and efficient.

WatchDog is a powerful tool with a humble, clip-art icon.

WatchDog can launch several instances of Adobe After Effects on Macintosh (currently) computer platforms, and act in a manner similar to the internal Watch Folder render queue. It is more stable, in that it does not collide several processes while accessing the render control file.  It requires fewer resources to run in the background via a simple terminal command, than launching multiple GUI render engines.  Watchdog can be launched across a network of machines to a common server, and turn a small number of multi-core machines into a large render resource.

Currently WatchDog is only supported on Macintosh platforms of any size, including laptops. It requires a full AE install from Creative Cloud, but it is capable of “headless” rendering — which avoids using up precious Adobe licenses too quickly.

WatchDog, developed by Tom Stratton, is Free Shareware, and set up on GitHub for open source development within the Adobe After Effects community of developers.

Learn more about WatchDog-ae     Get it for free