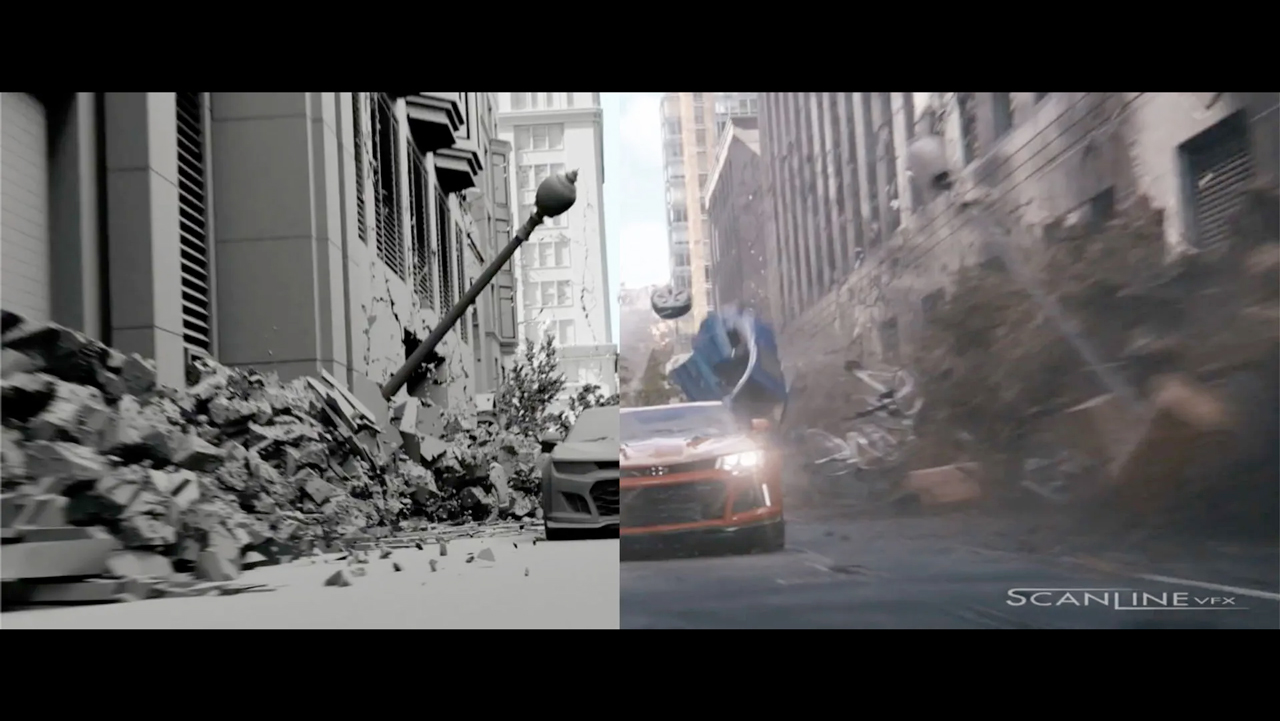 Free Guy, staring Ryan Reynolds, is a raucous, epic adventure-comedy from Twentieth Century Studios, about a a bank teller who discovers he is actually a background player in an open-world video game, and decides to become the hero of his own story.  It’s packed full of destruction and chaos, and Scanline VFX did a bunch of the effects, along with Digital Domain, Lola Visual Effects, Mammal Studios, and Raynault VFX.  Want to know how to make the Free Guy Disintegration VFX?  Watch Action Movie Pilz’s tutorial using Cinema 4D, Redshift, Red Giant Tools and After Effects.

Watch the trailer here then follow the link to Art of the Title for the Scanline VFX breakdown.

In this #VFXSideQuest, Maxon Master Trainer Jonas Pilz, now also known as Action Movie Pilz, will show you how to re-create the disintegration effect from @Ryan Reynolds ’ new movie #FreeGuy using Cinema 4D, Redshift, Red Giant tools and After Effects! First, you will learn how to track a live action plate and set up the disintegration effect using Fields and Effectors in Cinema 4D. Jonas will then guide you through the render setup using Redshift and finally comp everything together using Supercomp in After Effects.

Get the project files here: https://www.cineversity.com/tutorials…