Once Upon A Time In Londongrad: A Conversation with Fraser Davidson 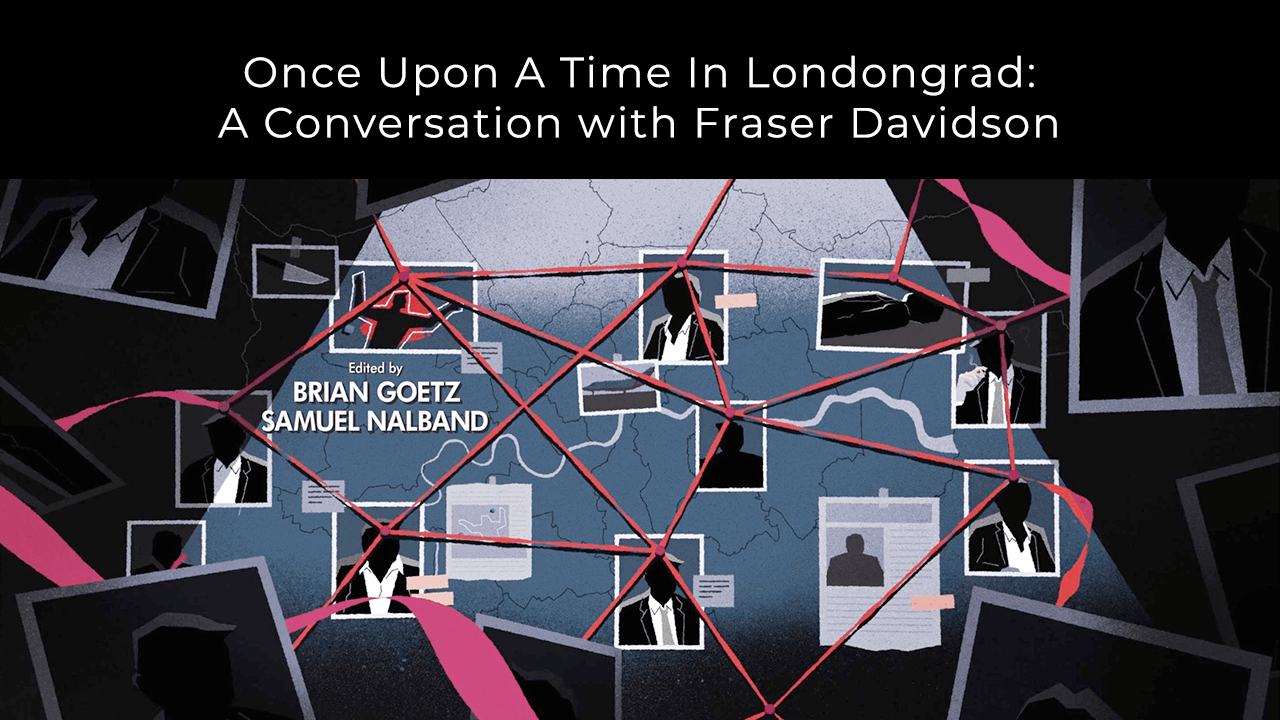 Once Upon A Time In Londongrad is a new Sky Original documentary series with a fun, dark, and eye-catching opening sequence, created by Yoav Segal and Cub Studios. After watching it a few times, I contacted Fraser Davidson, one of the founders Cub Studio, who worked as an animator on the project. I asked Fraser for an interview, to which he graciously agreed. Read his interview below the video.

Once Upon A Time In Londongrad

A Conversation with Fraser Davidson

Michele/Toolfarm: Hi, Fraser. Thanks for agreeing to a short interview. Your opening sequence for Once Upon a Time in Londongrad is such a fun watch. It reminds me of Saul Bass’ work, mixed with the style of Soviet propaganda posters. I absolutely love it.

Can you talk about the early stages of the project and how you and your studio got involved? What were some of the inspirations behind the sequence?

Fraser Davidson/Cub Studio: We work with producer and art director Yoav Segal on various projects and this was something he came across and got us involved with. Yes, there’s very clearly an element of Saul Bass and more than a hint of Madmen in the DNA of the piece. However, much of the palette and style were originally designed to feel like the Soviet-era constructivist propaganda. Simple three-colour printing on rough paper and a strong silhouette style. I guess much of that feel like Saul Bass also, but we sort of came at it from that broader angle.

Michele: Everything, including the transitions, match up just beautifully. I especially like the transition between the men at the table and the coffee cup, which becomes Big Ben. It just flows. You must have done a lot of storyboarding.  Can you talk a bit about the workflow and how it all came together so seamlessly? I’d love to know some of the details on how you created the look. Were the elements created in 3D and then stylized in After Effects, or something else?

Fraser: It’s mostly Cinema 4D camera moves and background with 2D After Effects characters animated with a bit of IK or puppet tools. In terms of the story, much of it came from the specific content of the documentary and the actual murders themselves alongside some visual metaphors of the broader themes of the piece. The raining money and the rivers of blood permitting the UK and spreading back to Russia are fun visuals to work with and give the piece a bit of a Bond title sequence feel. Moving between macro and micro scales and detail and a broad picture. It was a lot of fun to work on.

So, it’s After Effects along with some Particular and Duik, as well as some flat rendered Cinema 4D. It’s quite a simple piece really, there’s not much flashy in there. Sometimes when the mix of 2D and 3D doesn’t feel too obvious to pick apart (for industry insiders with knowledge of the techniques) it can feel a bit more interesting. Hopefully, in that regard, it feels cohesive.

Michele: Thank you so much for your time, Fraser.