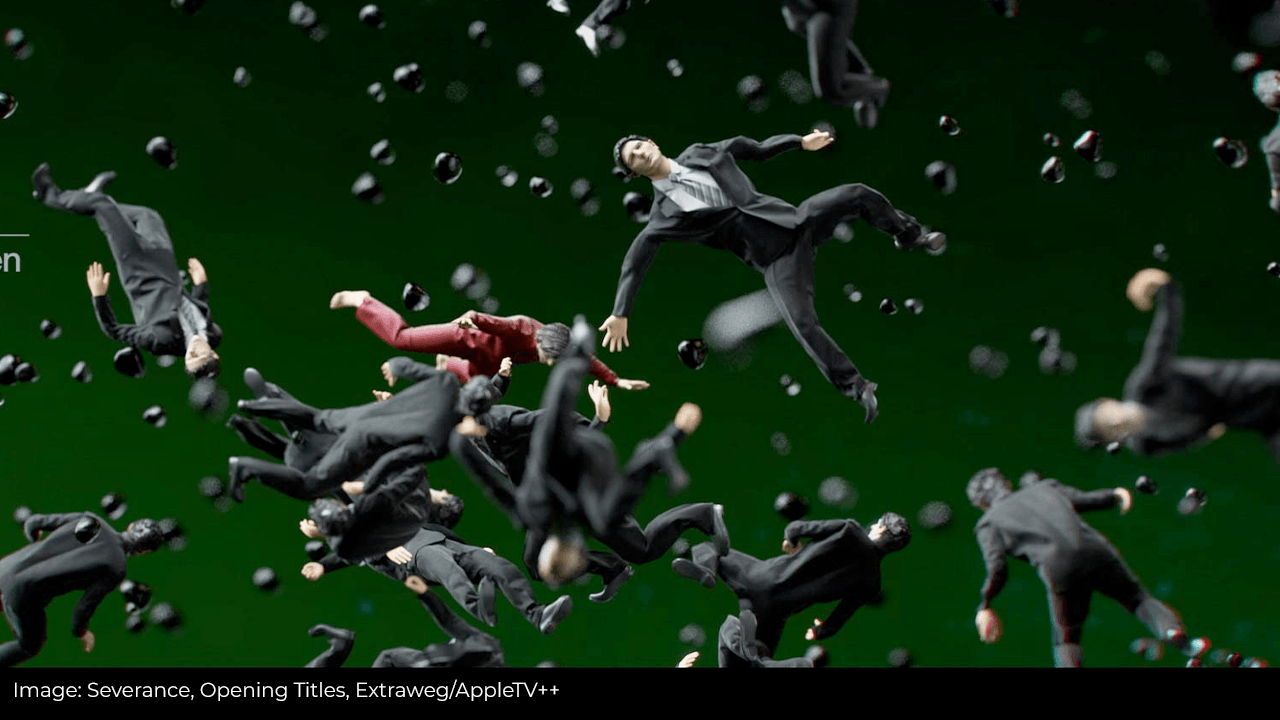 Severance on Apple TV+ is dark and entertaining but the strange and captivating intro title sequence, created by Berlin-based artist Oliver Latta, aka Extraweg, is the topic du jour. If you’re not familiar with the show, it is directed by Ben Stiller and stars Adam Scott, Christoper Walken, and Patricia Arquette. It’s about workers who get their brain severed with a device, so their workday and personal life are completely separate, as in they have no memory of their lives outside of work when they are working, and don’t know what they do for work when they’re at home.

Watch the Intro titles, below.

On Extraweg’s Behance page, you can see several stills from the sequence and some small breakdowns of the 3D assets without skins.

If you’re curious about what it all means, read Why ‘Severance’s opening credits are the best on TV.

Below, watch some other videos from Extraweg. It’s just as weird and highly creative as you hoped, but socially conscious and extremely satisfying!

Going through some of his hashtags, I can see that he uses Houdini and Redshift