Take advantage of all the computers in your network to render high-resolution imagery and animation.

Keep working while you render. In short, offload rendering tasks to other machines.

Render nodes are an affordable way to expand your render power. 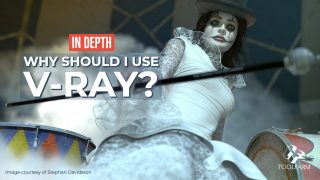 One Render Node may be used across the following 3D Platforms: