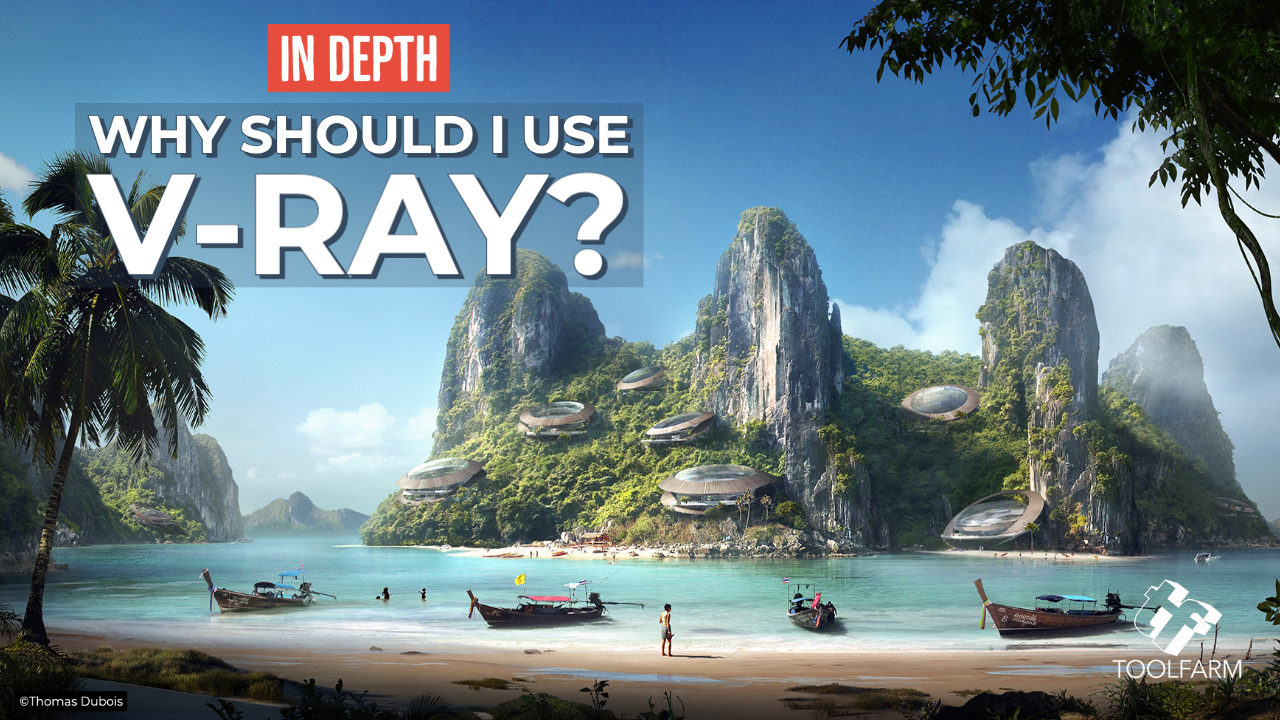 What exactly is V-Ray?

V-Ray is a robust, full-featured 3D rendering system that was built for designers, architects, and jack-of-all-trades. Generally speaking, when I hear V-Ray described by artists the terms that I most often hear are high-quality, photo-realistic renders, and real-time speed. They also say that it’s easy to dive in because it comes with so many preset materials and settings. At the same time, artists love how V-Ray comes with extensive options that allow users to customize pretty much every aspect of the lighting and materials. With this in mind, Chaos has extensive online training available, from beginner to advanced. (Jump to Learning Resources).

Here are some examples of how versatile V-Ray is for use in film and visual effects, architecture and interior design, as well as automotive and product design images. Click to see a full-sized image.

If you missed the live webinar, here is your chance to learn all about V-Ray 6 for 3ds Max’s new features including V-Ray Enmesh, Chaos Scatter, Procedural clouds and so much more.

How is V-Ray Unique?

V-Ray is integrated into just about every piece of popular 3D creative software, including Cinema 4D, 3ds Max, Nuke, Blender, Revit, and more. Comparatively, no other renderer on the market has as much host support.

The lighting and shadows are more realistically accurate than any other comparable renderer. For this reason, V-Ray is the top choice for artists who want photo-realistic renders.

Some 3D renderers will utilize the GPU instead of the CPU, which can mean faster renders, but the downside is that GPUs are limited to the amount of VRAM or video memory. In other words, V-Ray is a hybrid renderer, utilizing both the CPU and GPU.

Want to find out how fast your hardware is? V-Ray Benchmark is a free, standalone application to test your CPU and GPU rendering capabilities. Download V-Ray Benchmark here.

Chaos Cloud lets you render on the cloud, freeing up your machine and giving you lots of added render power. To put it simply, Chaos Cloud directly integrates with V-Ray, making workflow simple, and allowing artists to get rendering in just one click. It’s scalable, stable, and secure, and there’s no hardware to set up either.

How are artists using V-Ray?

V-Ray has become the industry standard in VFX production because of its speed and reliability. After all, it has been used by studios such as Method Studios, Blur Studio, Digital Domain, Scanline VFX, and hundreds more. V-Ray has been used for VFX in blockbuster films such as Guardians of the Galaxy, Black Panther, Iron Man 3, The Avengers, Ant-Man, Maleficent, Independence Day 2, and Ender’s Game. In addition, V-Ray has also been used on a multitude of television series including Game of Thrones, Deadwood, Arrow, and Fear the Walking Dead.

When V-Ray won an Academy Award in 2016, The Academy explained why V-Ray has been so important in the motion picture industry:

V-Ray’s efficient production-ready approach to ray-tracing and global illumination, its support for a wide variety of workflows, and its broad industry acceptance were instrumental in the widespread adoption of fully ray-traced rendering for motion pictures. [2]

V-Ray is the top choice for architectural visualization because it works seamlessly with Rhino, Revit, 3DS Max, Unreal, and especially SketchUp. Artists love its speed, and, of course, the immense material library. Most of all, though, architects love its realistic lighting and shadows. Finally, there are loads of resources and tutorials available, from beginner to advanced user, to cover every aspect of this vast program.

You’ve probably seen V-Ray used in car commercials on television and never realized they were rendered vehicles because they are so realistic. Auto designers are using V-Ray for concept vehicles as well.

Top brands use V-Ray to create imagery for television, virtual reality, print, and the internet.

Artists can render cinematic environments with V-Ray and fill those worlds with crowds of creatures and characters with fur and hair, intricate robots and machines, and with motion blur, explosions, debris, and other effects.

Those deluxe athletic shoes or that expensive watch you’re seeing in an ad are very likely rendered with V-Ray. Just a quick look at YouTube and I found videos about rendering jewelry, shampoo and perfume bottles, headphones, and machine parts. Artists can use V-Ray to visualize a product before it is built in the real world. 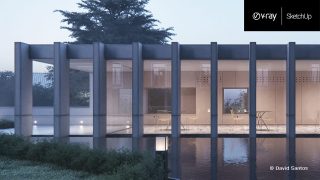 Below, check out a few resources to help get you started or to help troubleshoot your V-Ray settings. 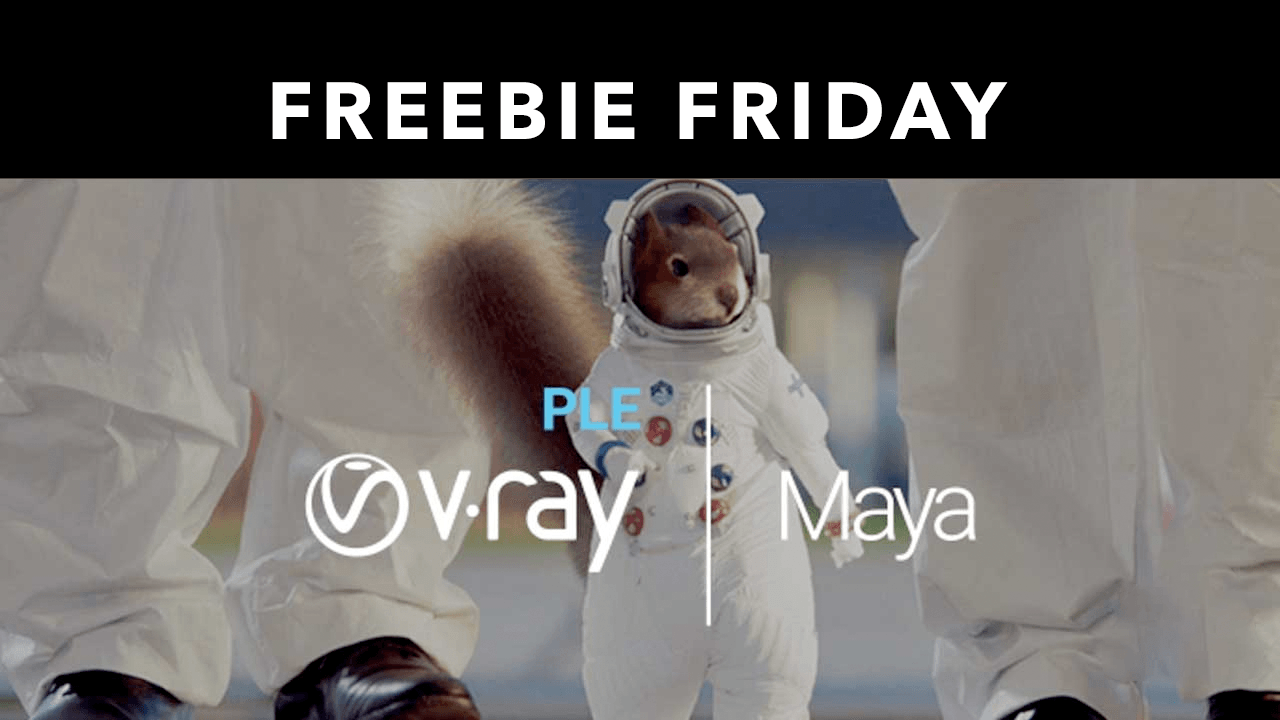 In April 2020, Chaos released the V-Ray Personal Learning Edition (PLE) of its industry-standard photo-realistic rendering software for Autodesk Maya. This is a free non-commercial license, which users can renew every 90 days. Build new skills as you try the exact tools used on major film and television series such as Game of Thrones and Avengers: Infinity War.

What is included in the V-Ray Personal Learning Edition for Maya?

V-Ray Personal Learning Edition for Maya includes access to practically every feature in the full version of V-Ray. It comes equipped with all the major features of V-Ray Next, including Scene Intelligence, GPU production rendering, and improved Interactive Production Rendering (IPR). While renders are never watermarked, V-Ray PLE output is limited to 4K. Other limitations are mainly network or development-driven: no batch rendering, distributed rendering, or access to AppSDK.

A Bit of V-Ray History 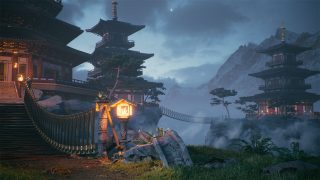 Are you ready to create some ultra-realistic renders from your 3D models? Whether you work in VFX, architecture, game design, or product design, V-Ray is a tool for you. Download V-Ray today and take it for a test drive.