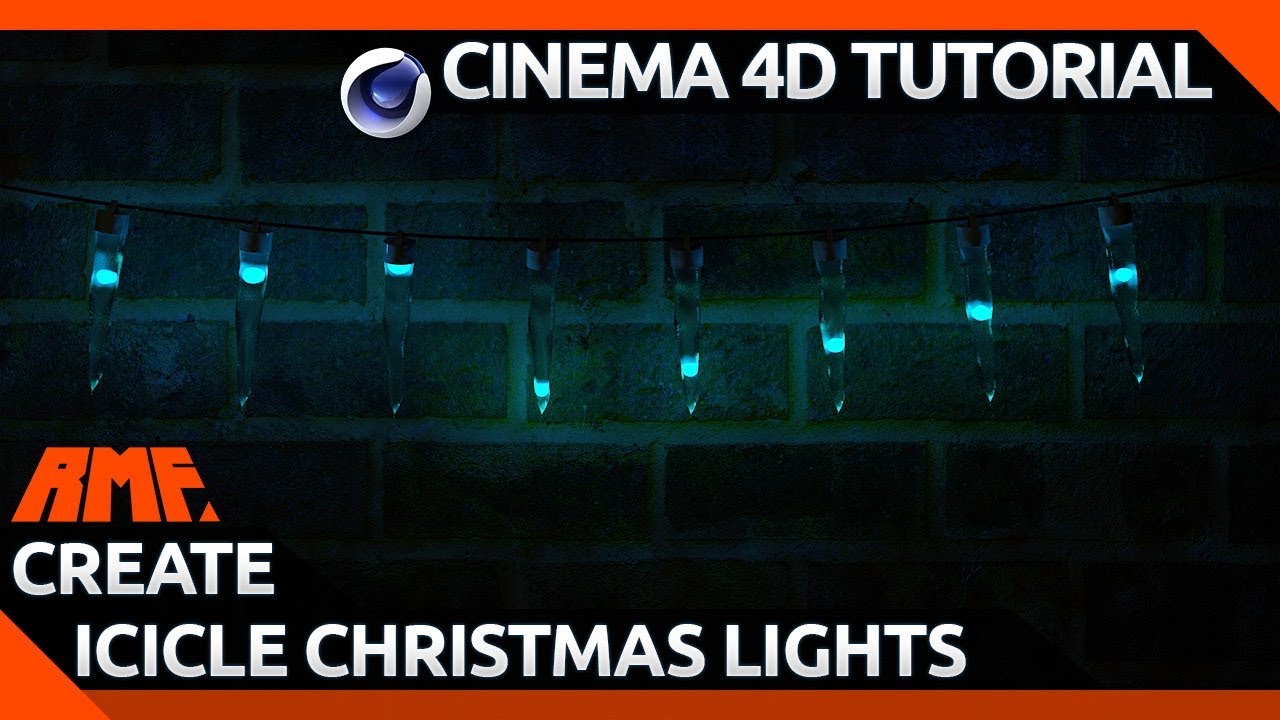 Animated Icicle Christmas Lights in Cinema 4D! Rory Martin from RateMyFuneral.com explains how to make festive animated icicle lights for your Christmas display! He explains in the description of the tutorial, “There is a bunch of useful techniques in this one, from using spline dynamics, looping animations, hinge connectors and even time offset with the shader effector.”