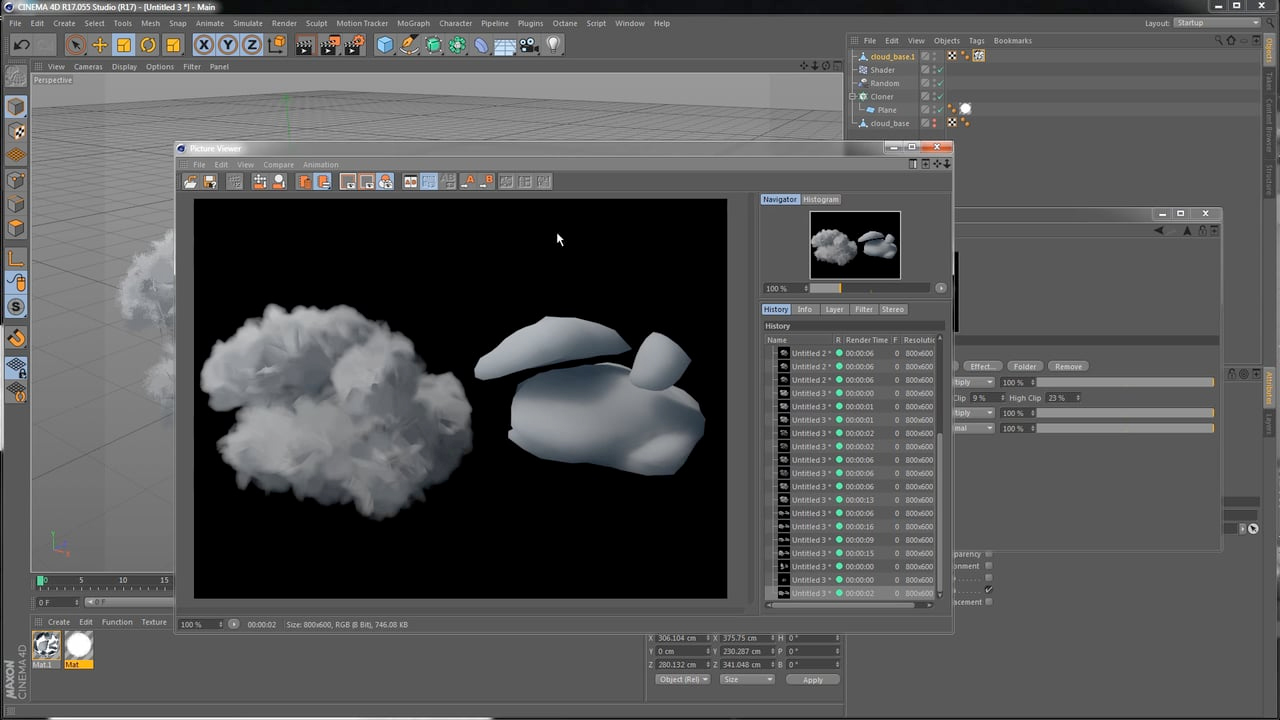 “paths of Hate” was a short animation directed by Damian Nenow, produced by Platige Image. View the trailer on Vimeo.

What you will be creating:

HOW TO: Painterly 3D clouds in Cinema 4D (“Paths of Hate” style)

David Gruwier says, “To get the optimal effect, use an actual painted texture in the alpha. Also, the number and size of the planes has a big influence on the look. This is just showing the basic steps because I got a lot of people asking about it when I made the original video.”