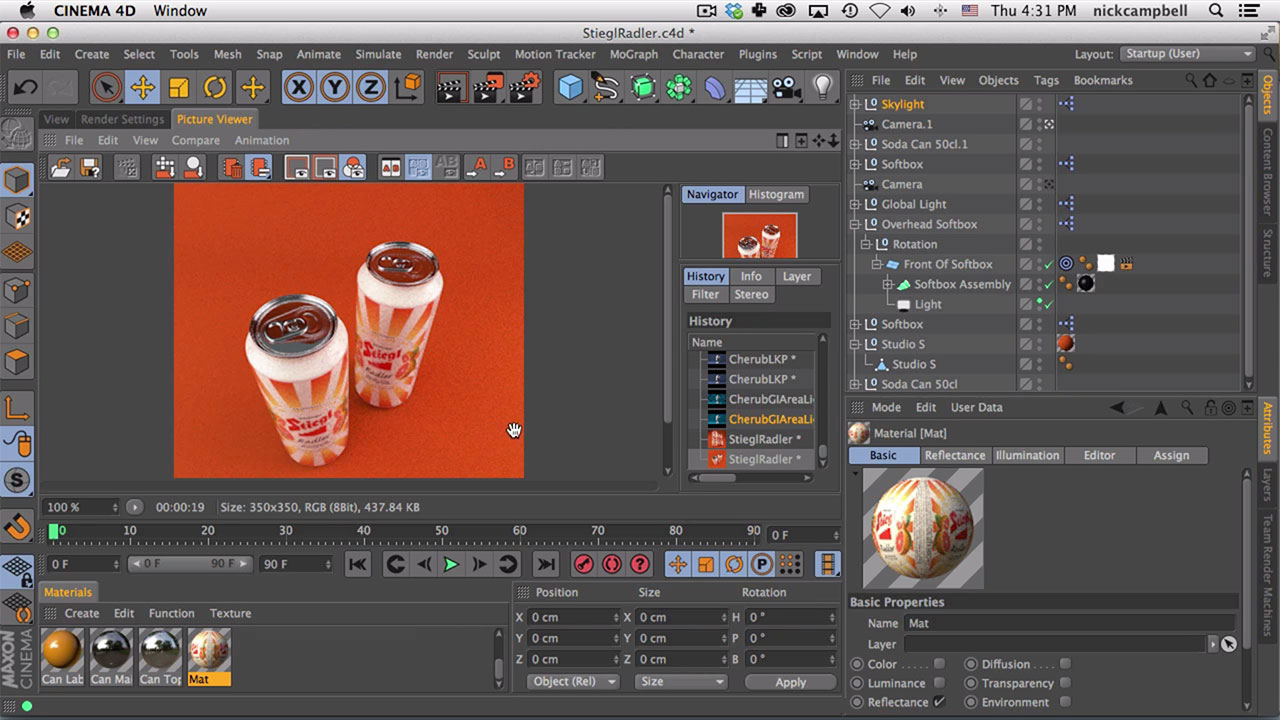 First, here’s a video tutorial from Nick about the script explaining GI Area Light and how to light with the Reflectance channel in CINEMA 4D R16, which was released last week. Below the video, download the GI Area Light Script.

Nick warns, “Be sure it’s checked if you are adding luminant geometry to your scene or using Greyscalegorillia HDRI Light Kit Pro. It’s so important, we even made a script to make it super simple.”

More on the Reflectance Channel

MAXON has a video on Cineversity on the new feature and they explain it in depth. “Learn about multiple BRDF layers, Conductive Fresnel, Distance Dim, Anisotropy, Irawan Cloth and other features of the new Reflectance channel in CINEMA 4D.”

Watch the video on Vimeo

In this tutorial, Rob Redman explains the Reflectance Channel in R16.