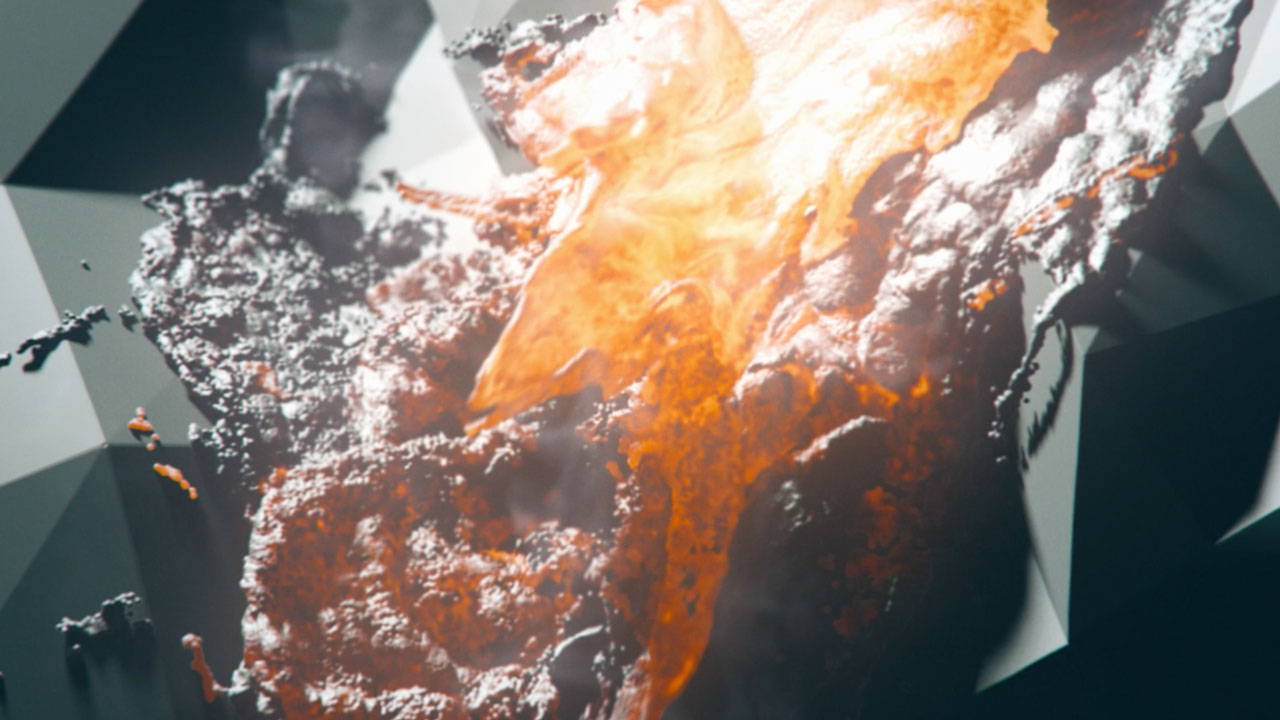 In Part 1 of this tutorial, we'll start by setting up the emitter, dynamics & mesh for our main lava sim. After that's completed we'll create a secondary dynamics system consisting of temperature based particles that will impact the main sim to create tendril like strands and splashes.

In Part 2 of this tutorial, we'll learn an efficient way of sourcing smoke from our mesh. After that I'll show you how to render the geo & smoke at the same time whilst still maintaining separate passes. I'll show a nice easy way to render custom object buffers & take a look at adding some punch to our final rendered image in post with After Effects.