INSYDIUM created a short video to announce their Christmas closer that has a wonderful snow peel/disintegration effect.  Learn how it was done in this 5 part tutorial series.  There’s also a link to the particle tree training as well.

In this training series, we will be recreating the Lollipop Snow Peel scene from the INSYDIUM Christmas Closure Video 2022. This series is in 5 parts.


The 5 part snow peel training can be found below.  Click the full training link to watch the Particle Tree Series.

In this tutorial, we’ll use meshed particles to create a casing of snow over our lollipop model.  Using a Boole object and some deformed spheres, we’ll build a rig to animate the disintegration of the snow geometry.

We’ll then set up an X-Particles system which is triggered to coincide with the snow disintegration.

In this video, we’ll take the basic particle rig from Part 1 and make it more sophisticated. We’ll introduce multiple X-Particles modifiers and use data-mapping techniques to give the particle motion more realism. We’ll then use particle painting techniques to generate snow and ice particles that get stuck to the lollipop’s surface.

In this video, we’ll set up some scene lighting using Cycles 4D. Then we’ll create a shiny, sticky lollipop material. And we’ll build some custom snow-chunk geometry to use as render instances.

In this tutorial, we’ll art-direct the various particle effects using emission falloffs.  We’ll then set up and cache the emitters ready for render.  We’ll also cover the setup of the random distribution and rotation of render instances using the Cycles 4D instance tag.

In this video, we’ll make the final adjustments to the scene lighting and materials.  We’ll then set up the final quality render settings.  After this, we’ll explore using post-production motion blur to finish off the shot. 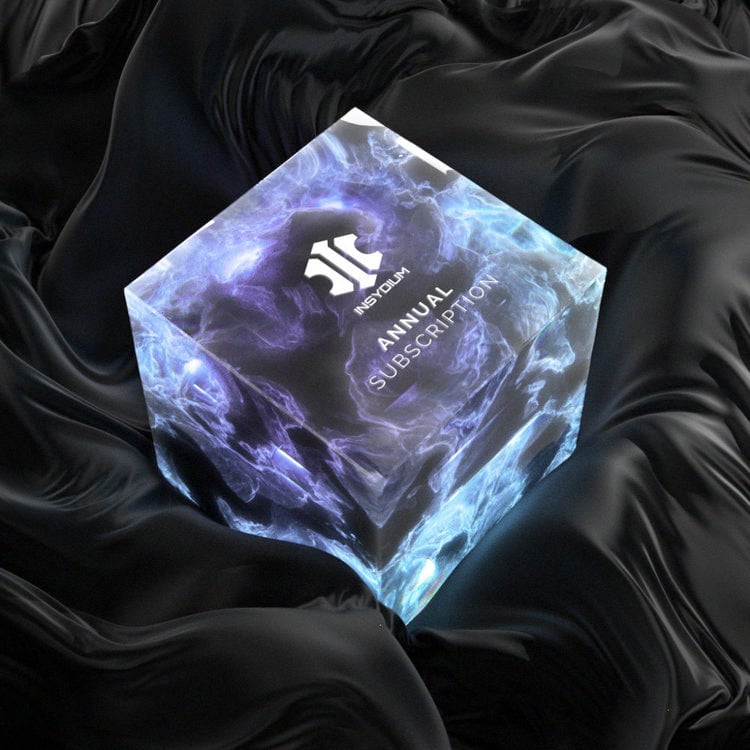 Includes both X-Particles and Cycles 4D

INSYDIUM Fused contains all of INSYDIUM’s plugins and products in one complete collection. Everything you need to create stunning particle effects, realistic terrains and fulfill modeling tasks through to the final render. Plus, all their available Library Assets and Technical Support.

The INSYDIUM Fused Annual Subscription provides the Fused license on an annual basis.