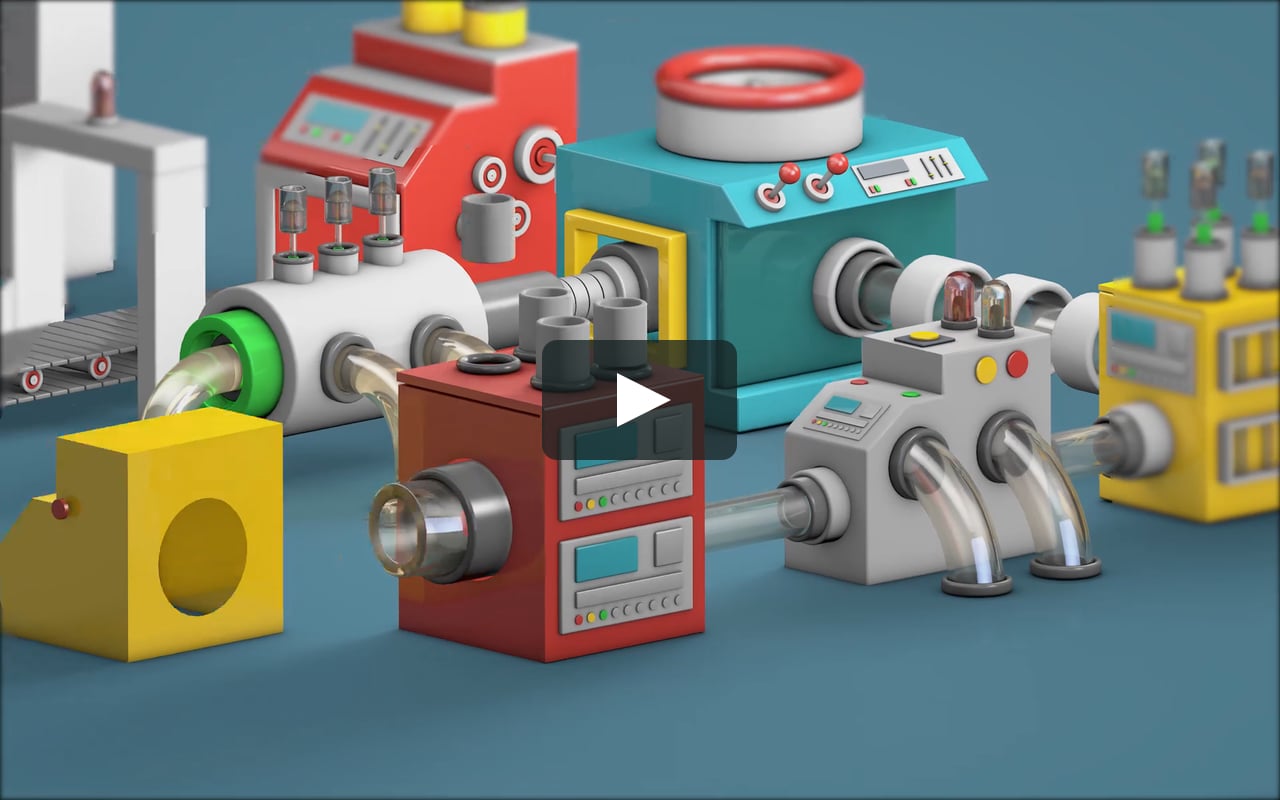 Pixego is an Istanbul, Turkish, designer who designed some adorable little isometric machines. EJ Hassenfratz came out with tutorials based on the Pixego mini machines, and then several people have taken the concept and made their own. The mini machines are super cool and so much fun!

Pixego is a designer from Istanbul and you can check out some of the work here.

Then, check out how it comes together: Mini Machines 01.

From InspirationClan.com: View step by step

EJ Hassenfratz explains how to make some of the textures. He explains, “In this tutorial, I’m going to break down how to create a piece of a “Mini Machine” and how to create plastic textures, including a plastic glass texture.  We’ll build the mini machine, add a 3 point light setup, and then go over how to texture our objects! By the way, this tutorial can be followed along using Cinema 4D Lite that comes for FREE with Adobe Creative Cloud!”

Along with more than 150 different node-based shaders, R20 offer customers a new and streamlined workflow to quickly and conveniently create shading effects from simple reference materials to highly complex shaders. The existing standard material system’s interface can be used to get started with the new node-based workflow. Node-based materials can be made available as parametric assets with a reduced interface.

The GPU-based ProRender in Cinema 4D lets customers utilize the power of the GPU to create physically accurate renders. As you can see, key in R20 features such as Subsurface Scattering, motion blur, and multi-passes are now available. Other enhancements in ProRender include updated code, support for Apple’s Metal2 graphics technology and the use of out-of-core textures.

The modernization efforts of the Cinema 4D core architecture and foundational technologies MAXON announced in 2017 are now more tangible and mature in Release 20. The new node system and the modeling and UI framework is marked by a series of significant API adaptations.