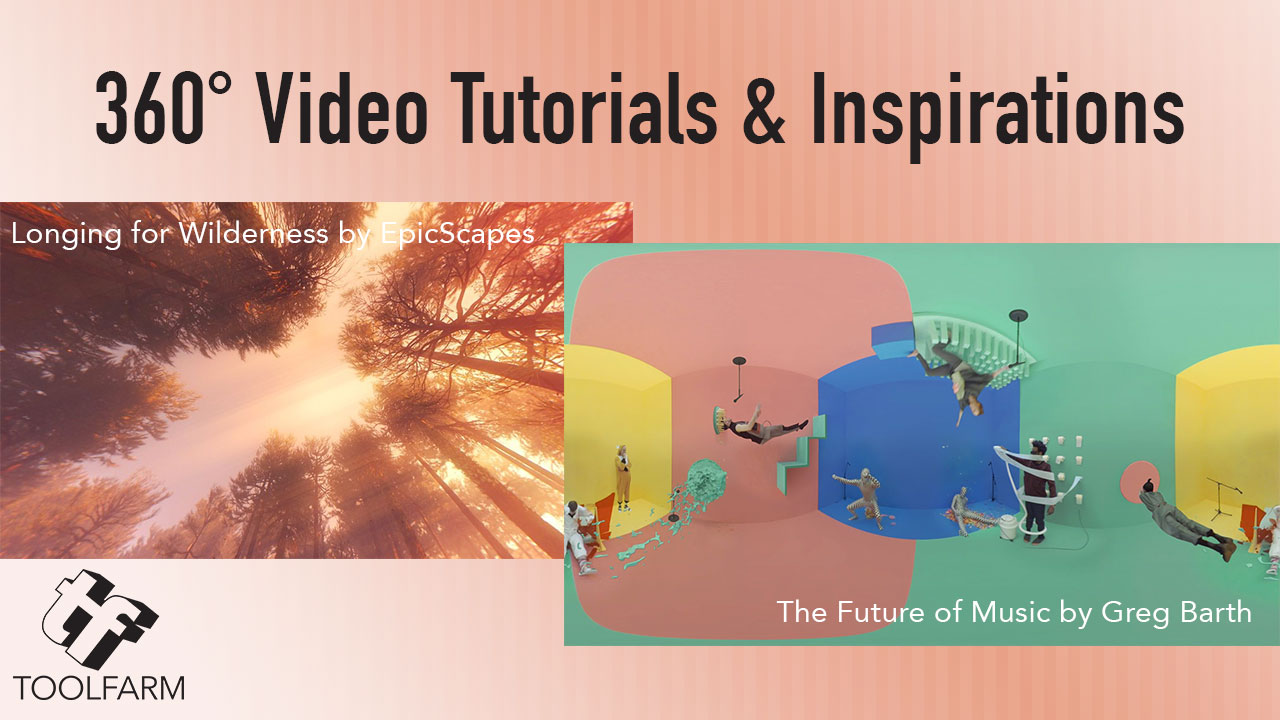 With Vimeo’s announcement last week about their support of VR, we thought we would showcase a few tutorials that will help you create immersive VR content and show you what some content creators have made with these tools.

There’s a lot of 360° video out there which isn’t all that great. Specifically, the seams are really obvious and the quality isn’t very good. It seems like 360° Video is still trying to find it’s niche, too. Some interactive shorts that I’ve watched really seem like they’re pushing it (and not in a good way). Nevertheless, I’ve seen some interesting art films, travel videos, stage performances, and promotional materials using 360° video and it was really quite good! To demonstrate, here are a few interesting things I’ve seen lately.

Longing for Wilderness + Making of Video

This video was created by Marc Zimmermann/EpicScapes and was featured at the Maxon website (See Virtual Escape from the Daily Routine). Marc devised the wild and airy landscape and vegetation in Maxon Cinema 4D using the MoGraph Cloner to add trees and bushes. He utilized TurbulenceFD to generate the fog in the forest and the fragments of dust on the construction site, too.

The “making of” video breaks down the process.

The Future of Music + Making of

Greg Barth is a Geneva, Switzerland-based artist behind this masterpiece called The Future of Music. This project features a colorful set where the subjects make music and defy gravity, swim through walls, and most of the effects were created ‘in camera’!

And the Making of…

We’ll certainly feature more great 360° VR work in the future. On Wednesdays, we have Midweek Motivations, where we feature cool work from around the world.

Additionally, check out this tutorial about 360 footage in Premiere Pro by Sander Bruggink, Review and approval of VR and 360° footage in Adobe projects: The New Dimension of Video Editing.

In this video below, mocha Product Specialist Mary Poplin introduces Avid editors to the core workflow:

2 Products, 1 Price: Get both Mocha Pro and Mocha VR features in one all-encompassing plug-in