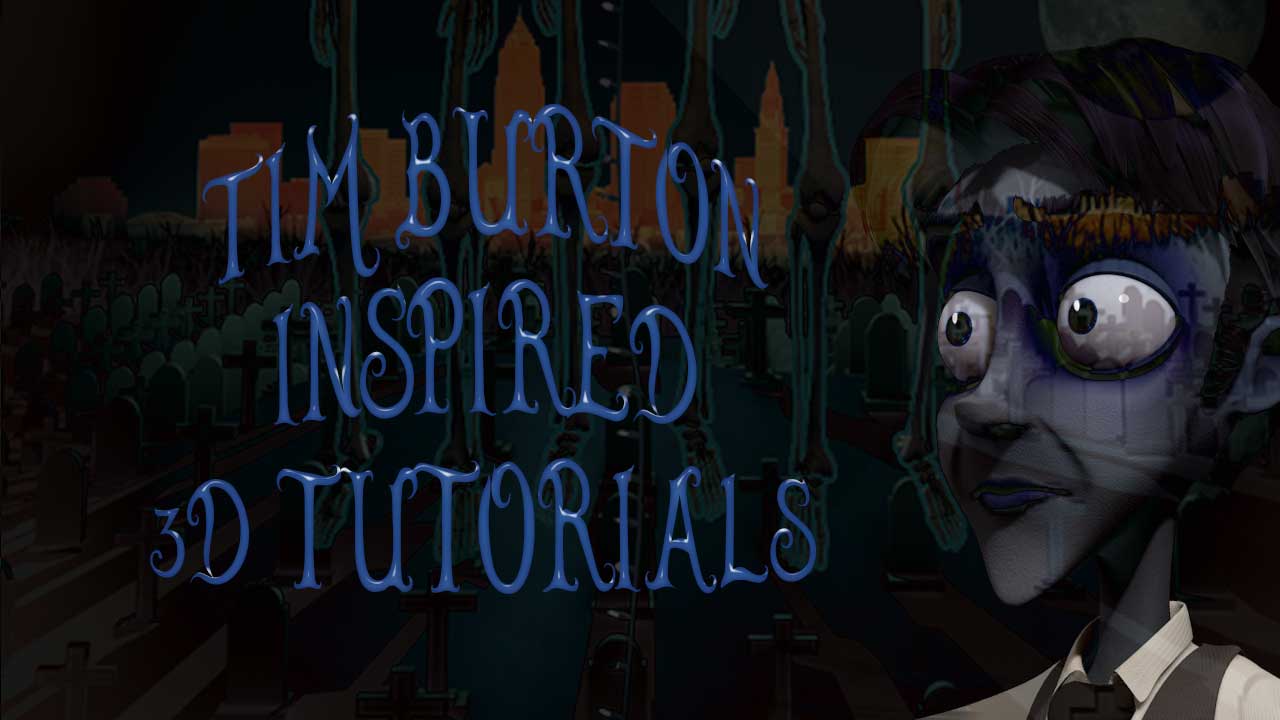 No one is a bigger fan of Tim Burton’s films than my daughter, and who can blame her! His work is dark, wacky, beautifully detailed, and always unique. There’s no better time to celebrate Tim Burton’s work than Halloween and here are a couple of tutorials to inspire you.

Our first tutorial comes from Pete Maric of Triplet 3D. He explains how he designed a movie poster in Cinema 4D with all of the steps illustrated, including his pre-process design. He explains how to make the graveyard, the Christmas lights, and of course, the skeletons.

If you’re a Blender user, there’s a lot of good stuff here! Dave Ward has created a tutorial series on how to create a character in the style of Tim Burton. He shows you the entire process, starting from a cube to a final character that can be animated.

And for your enjoyment, download the Burton’s Nightmare font from Dafont.com.

The font I used in the graphic above is Burton’s Dream, another from Dafont.com.