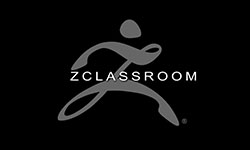 Pixelogic has a tutorials area called ZClassroom and they have a series of Military Character Assets with Joseph Drust, a video game industry veteran who focuses on modeling and sculpting. Below are is a link to all of their tutorials in the series, with more coming soon.

Download a free trial of ZBrush from Toolfarm Downloads.

This video series consists of using the NEW DynaMesh Subtract feature. By plugging in schematic reference to the Image Reference feature inside ZBrush, you can create virtually any shape, including this “Picatinny” rail. Watch Tutorial.

Following a brief introduction to DynaMesh Subtract in part 1, this video dives into cutting out specific shapes with DynaMesh, while demonstrating how to crop images onto the grid reference. Watch Tutorial.

Finishing off this series is a combination of features like Mirror and Weld, DynaMesh, and Decimation Master Plug-in to polish off the details of the “Picatinny” rail. Also, reduce the poly count to a manageable number for your final scene. Watch Tutorial.

Learn to model a perfectly accurate “molle” vest. Some of the key features he will be using are ZBrush 4R4's Insert Mesh Capability, and NoiseMaker for pattern creation. Watch Tutorial.

Continue along from part 1 creating the Insert Mesh Strap, as Joseph transitions into the use on NoiseMaker for pattens, and many other amazing techniques to finish off this piece. Watch Tutorial.

This video will enlighten you with various different key features such as NEW DynaMesh subtract, and grid image reference capability to easily model this radio to exact specifications. Watch Tutorial.

Now that Joseph has completed some of the shell pieces of the “Barrett” radio, he continues on by tackling some of the more intricate shapes and parts, while showing of the power of NEW DynaMesh subtract feature. Watch Tutorial.

This video demonstrates the combination of the QRemesher and MicroMesh to achieve incredible final details to any mesh. Watch Tutorial.

Continuing on from part 1, Joseph Drust takes you through some of the more advanced features of controling your MicroMesh object on a surface for jaw dropping results. Watch Tutorial.

Joseph continues to refine his characters “ghillie” suit by using Insert Mesh to apply straps to the sleeves. Watch Tutorial.

See how Joseph brings this Viper “Ghillie” suit to completion with the use of FiberMesh in this 4 part series. In part 1 he will be demonstrating his knowledge of Fibermesh control by creating individual groups of fibers. Watch Tutorial.

With the first fiber group created, more FiberMesh Techniques are used to groom this to perfection, while using some Transpose functions for positioning. Watch Tutorial.

Finishing off the final touches for the “Ghillie” fibers, Joseph shows the capability of grouping fibers better for groom control, as well as using Subtool Master for final Mirroring of geometry. Watch Tutorial.

Joseph demonstrates how he rebuilds a high resolution sculpted and textured object for final in-game assets. ZBrush topology, texture maps, and normal maps are a few of the functions displayed in this 3 part series. Watch Tutorial.

Now that the shoe has been rebuilt with ZBrush topology in part 1, UV Master Plugin is applied for quick UV generation with easily made adjustments. Watch Tutorial.