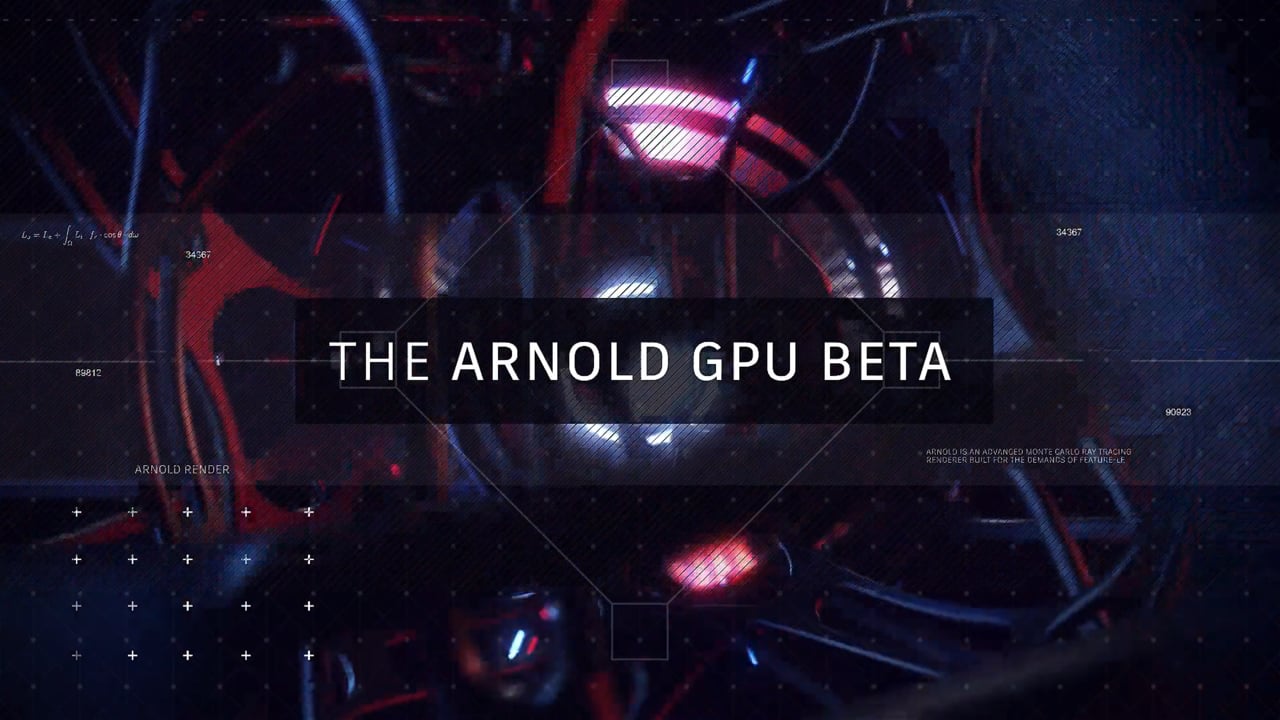 The Arnold GPU public beta last week, with the release of Arnold v5.3. Arnold GPU gives artists the ability to switch between CPU and GPU rendering smoothly and easily. The renderer is based on the NVIDIA OptiX framework, for optimal ray tracing engine performance, and is optimized to run on the latest RTX server technology.

This video is a webinar replay that introduces OptiX 5, and includes the new Motion Blur and DL Denoiser. We will feature this tool in the future on a blog in a series about AI.

News: Arnold 5.3 with Arnold GPU Public Beta – Now Available – Arnold 5.3 offers users the first taste of Arnold GPU with a beta version, giving them the option to render on either the CPU or the GPU, for a set number of features.

What’s New in Arnold GPU, A Sneak Peek and Beta Information – For a first look, Chad Ashley and Shawn Astrom both beta tested Arnold GPU (in fact, they look like twin brothers!). Specifically, they dive into what they think of this upcoming product.

Arnold is an advanced Monte Carlo ray tracing renderer built for the demands of feature-length animation and visual effects. It was originally co-developed with Sony Pictures Imageworks and now their main renderer. Arnold is used at over 300 studios worldwide including ILM, Framestore, MPC, The Mill and Digic Pictures.