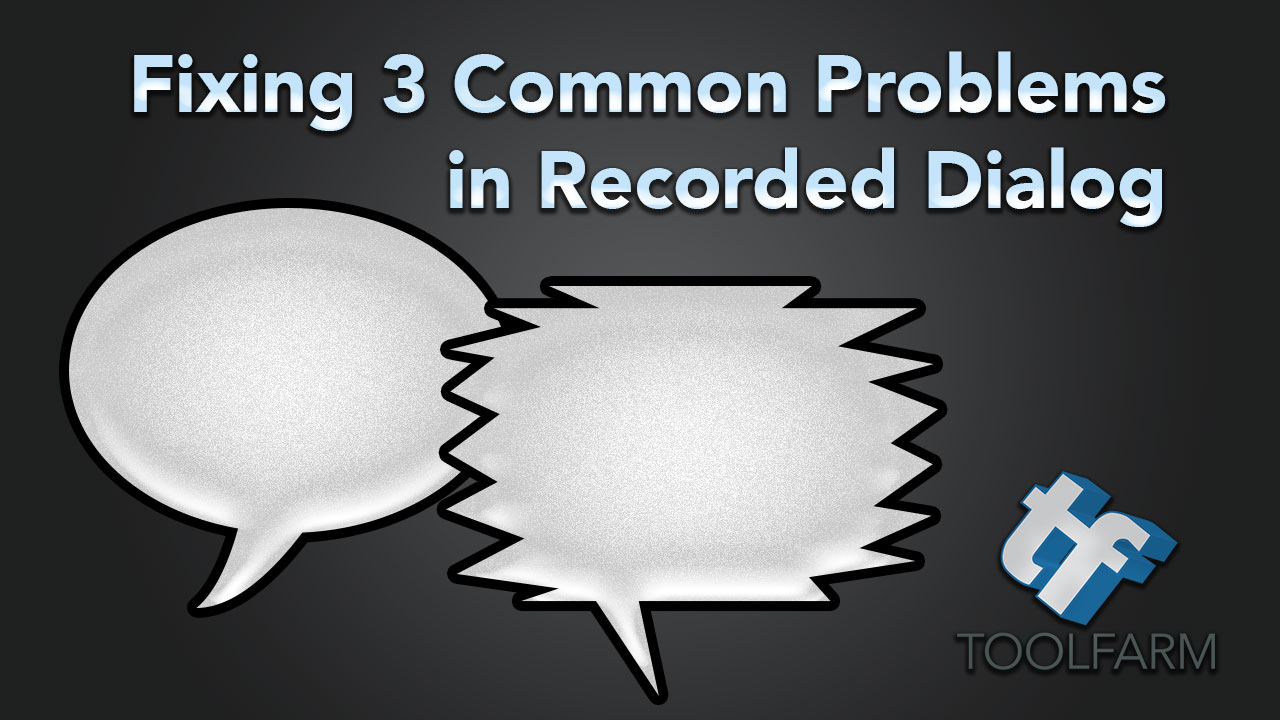 November 15, 2016
Three common problems that you’ll run into with dialogue tracks in your film or video are noise, working with ADR (dialogue replacement), and de-clipping audio that is too hot. Here are three really great tutorials that explain how to fix these problems, using the footage that you have.

Included in the iZotope RX Plug-in pack, you’ll find something called Dialogue De-noise, and its job is to remove unwanted background noises such as a fan or buzzing noises, or even traffic and barking dogs while keeping the voice sounding natural.

Have you ever needed to replace dialogue in your film or video with ADR? This tutorial explains how to sync the audio properly to get a spot on lip sync.

Revoice Pro can help you get great ADR from takes that you may have thrown out in the past.

Even if you are not currently in need of dialog replacement at this very moment, the video shows some pretty amazing software and this video is even for an older version!

Have you ever had to re-record a great take just because some of the audio was too hot and was clipped? RX De-Clip can fix clipped vocals or dialogue tracks.

In case you missed it, iZotope Tools are on sale!

Did you know…. Dialog vs Dialogue

Dialog is often used to describe those popup windows on a computer, attribute the different spelling to American vs. British English.