AE: Tiny Planet in After Effects 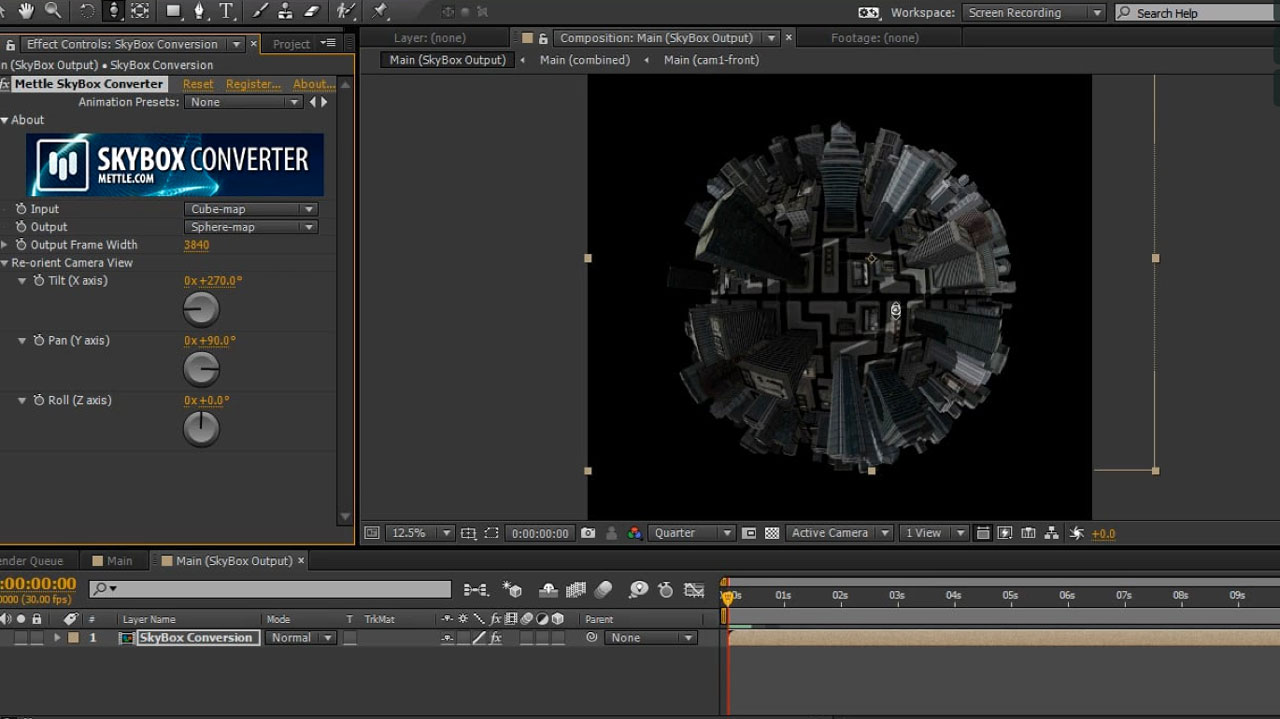 Charles Yeager (yeagerfilm.com) shows how to create a Tiny Planet from stitched 360 motocross footage. It’s a quick and easy process using SkyBox Studio in After Effects. The SkyBox Converter module lets you convert between Equirectangular to spherical format, creating the Tiny Planet.The re-orient camera feature gives you control over the angle of your planet. The same technique also works for images. Footage courtesy of AYRTON 360 (ayrton.com), located in Brazil.

This tutorial by Charles Yeager (www.yeagerfilm.com) shows how to create a Tiny Planet in After Effects using SkyBox Studio. The technique works with all 3D plugins, but he uses Element 3D with the Metropolitan Pack: 3D Skyscrapers & Buildings.  SkyBox Studio is a plugin/script solution that brings 360/VR production capabilities into After Effects.