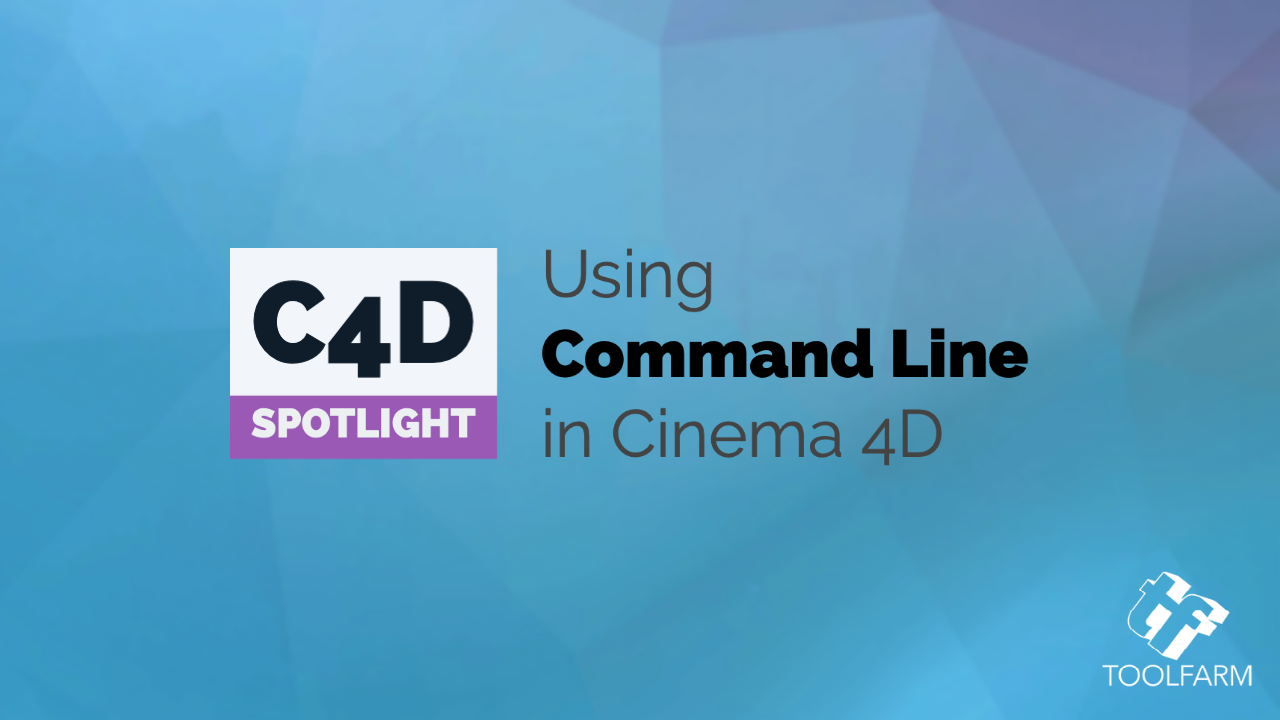 Command Line allows you to free up Cinema 4D and render Cinema 4D projects without opening the program interface. So, why is this useful? Because you can use that extra power for rendering!

Cinema 4D artists use Command Line primarily when rendering projects with a render farm or in conjunction with any third-party render management software, such as Deadline. In other words, you can use multiple workstations and hardware to render your jobs, through a server connection.

Below, a list of things to know before you use Cinema 4D from the Command Line for the first time.

On Cineversity, Maxon has a handy list of Command Line Flags to help you set up your render.  See Command Line Parameters.

In this tutorial, Brandon Clements of Glass Hand Studios explains how they use Deadline with Redshift and Cinema 4D, with Command Line.

“Team Render is a similar thing, however, it is a server/client application for network rendering which is designed for small workgroups of computers, rather than a dedicated Render Farm,” explains Craig Whitfield, Enterprise Technical Support at Maxon. With the same version of Cinema 4D installed on the computers on a local network, rendering is as simple as clicking a single button. More information on Team Render.

Related: Setting Up A Render Farm in Cinema 4D with Team Render

Thank you to Craig Whitfield at Maxon Support for help in the technical aspects of this article.