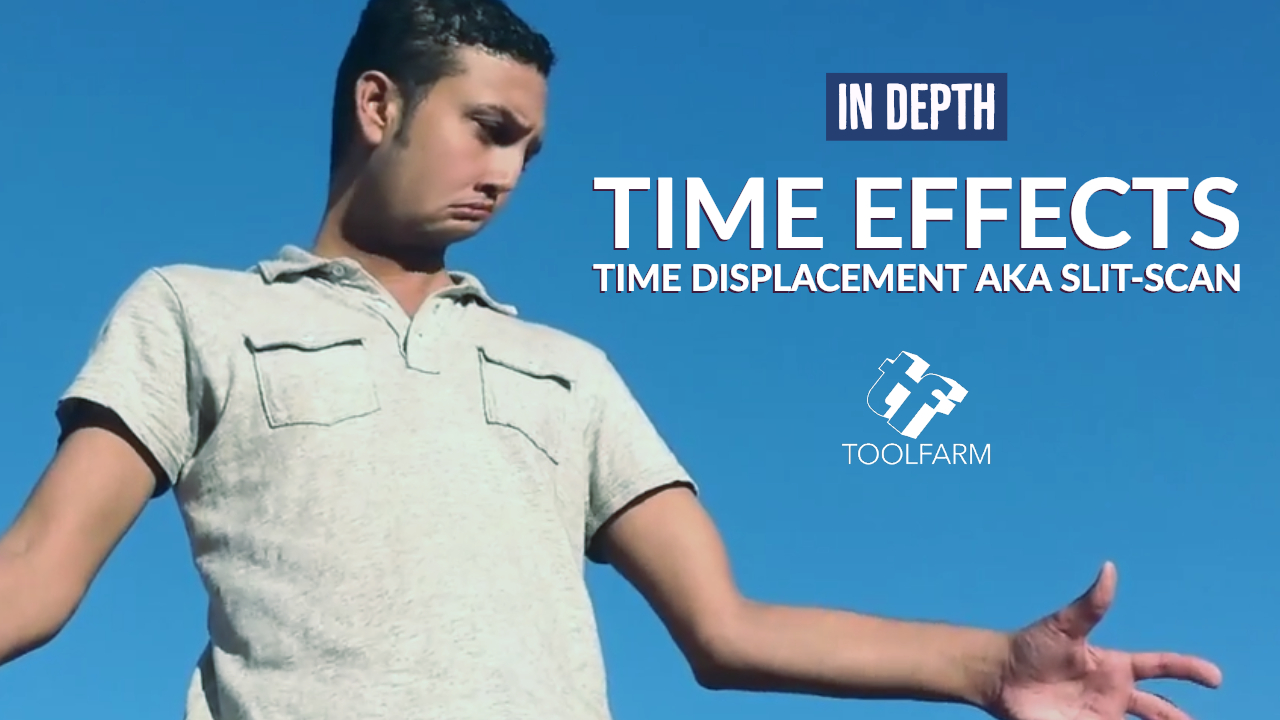 Learn all about the Time Displacement filter, which creates an effect known as slit scan, a trippy looking time manipulation that can be used to represent a time travel, a warp in the space-time continuum, a drug trip and much more.

A few months ago, Eddy Bergman posted a tutorial Slit Scan or Time Displacement Effect Tutorial for his site After Effects Tutorials, on our After Effects Portal Facebook group. He used the Muse video, Unintended, as an example, which utilizes the slit-scan Photography technique. Now, I’m a HUGE fan of Muse and I had never seen this video. What can I say? It’s trippy! The slit-scan effect is used throughout the video and applied to slow-mo footage.

Slit-scan Photography has been around for years, but unless you’ve done it, you may not know exactly what it is. There’s a really well-known sequence in Stanley Kubrick’s 2001: A Space Odyssey that uses the slit-scan technique, and you’ve probably seen it but may have not known what it was called. (By the way, you can see the original images used in the 2001 slit-scan sequence here.)

So, what is slit-scan photography? According to Wikipedia, using traditional methods:

The slit-scan photography technique is a photographic and cinematographic process where a moveable slide, into which a slit has been cut, is inserted between the camera and the subject to be photographed.

With modern software, you’re basically playing one portion of the frame faster than another portion so that footage and elements in the video are stretched, squeezed and twisted, based on movement. This effect really gives footage a strange, surreal look, which works well when filmmakers are trying to show another dimension, time travel, or an LSD trip.

So that you get a better feel about what can be done with this technique, here are a few samples.

Joan Charmant created this very trippy video, which could induce motion sickness for wimps like me! She says, “In this experiment, I implemented non-linear slit-scan video and applied it to my aerial footage.”

c
We’re talking about the original from 1990, by Title Designer Wayne Fitzgerald, also known for Bonnie and Clyde, Rosemary’s Baby, Guess Who’s Coming to Dinner, Footloose, Tootsie, Splash, Ghost and so many more.

How to Make Your Own Slit-scan Effect in After Effects

Watch the video below to see a quick comparison of similar settings in After Effects Time Displacement, Boris Continuum BCC TimeDisplacement, and Sapphire S_TimeDisplace. I will be referring to these examples in the following descriptions.

Although it looks cool and complex, Time Displacement is a very simple effect to apply. It will definitely take some finessing. The effect consists of two parts: the footage layer and a gradient, which feeds luminance levels to the time displacement. Here’s how you do it (and I’ll assume that you know the basics of After Effects… you know, things like pre-comping, basic effects, etc.).

You will notice it looks all funky and this is because it’s using the layer of footage as the Time Displacement Layer.

Create a New Solid layer that is comp sized. Apply a grayscale gradient or ramp to the layer. Precomp the gradient, moving all attributes to the precomp. A note on the gradient. The Adobe Help docs explain it well enough:

When you preview, you should now see the effect. This is where you’ll want to tweak the values for Max Displacement Time [sec] and Time Resolution [fps]. You will also likely want to adjust your gradient.

Tip: Notice how the effect does not look as good in the video footage at the beginning of this section but looks stellar on the text sample with the word “Toolfarm”. The clean edges were achieved by cranking up Time Resolution to 150fps. The drawback to upping the value of Time Resolution is that there is a huge render hit.

Rolling Shutter in After Effects

Here’s Smarter Every Day once again with a technique for creating the effect in After Effects. Rolling Shutter is pretty much a slit scan effect. 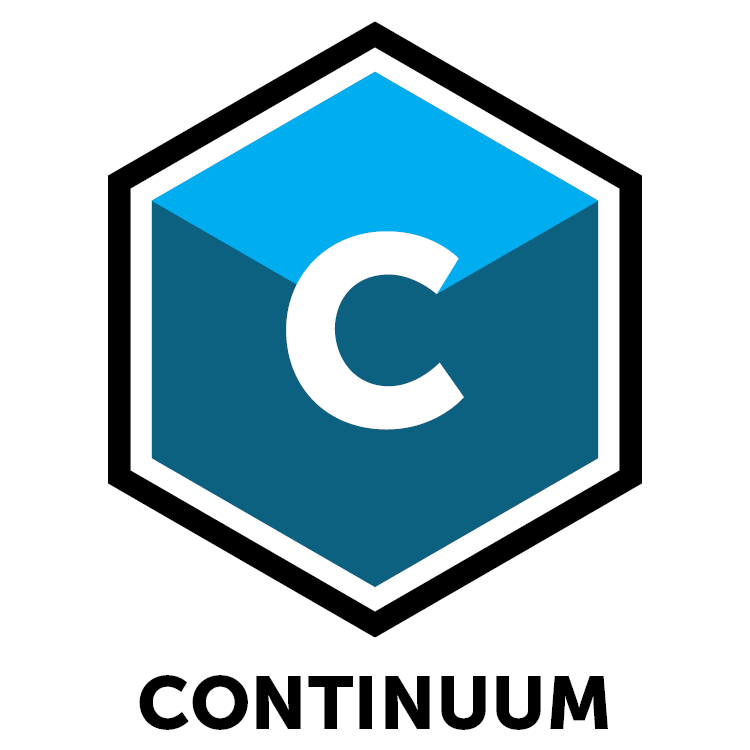 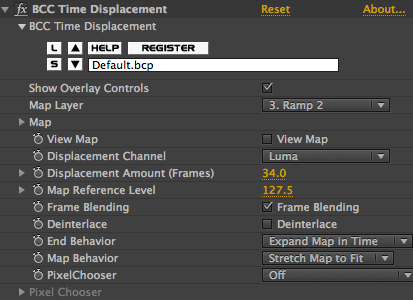 The BCC Time Displacement works a lot like the AE plug-in but has several more bells and whistles and just gives a lot nicer of an effect on the footage, in my opinion.

Why is it better than the one that ships with AE? 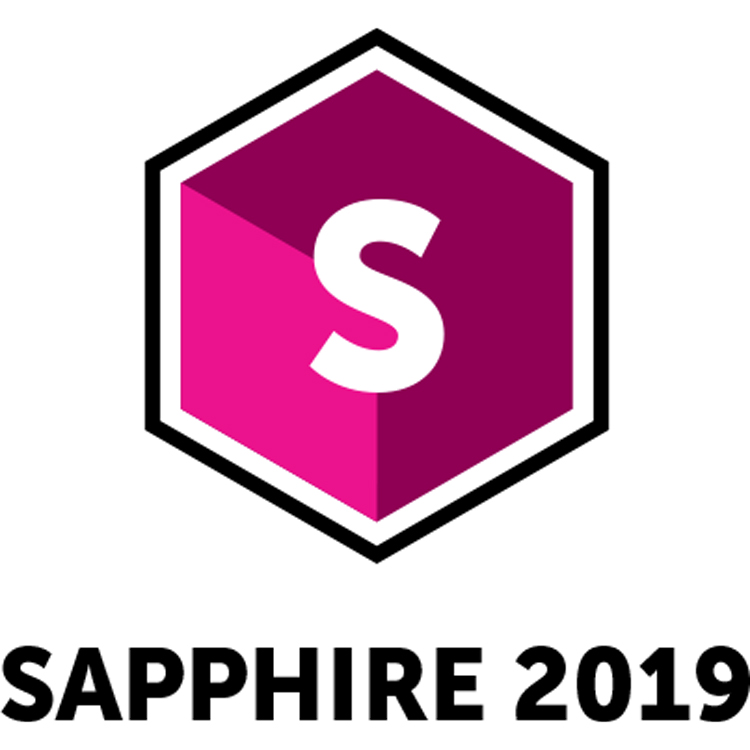 This is a filter in the Sapphire Package 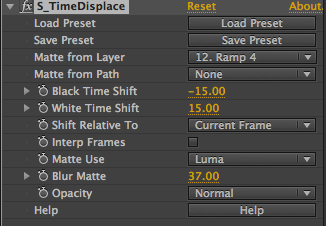 I could live with all of that but the killer was that it caused AE to crash on render, 6 times in a row. Sapphire is normally the Clydesdale of plug-ins so it surprises me that I could not get it to render. I ended up removing it from my sample above because I just couldn’t get it output. 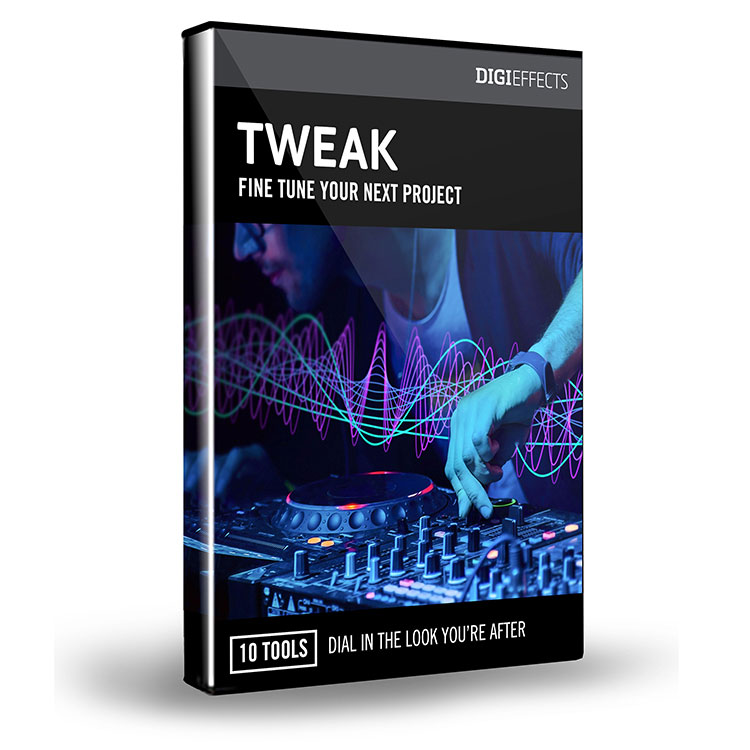 Fine tune your projects with Tweak.

Note: Digieffects Tweak has been discontinued.

Learn how to create a hyperdrive, warp speed, slit-scan look using Stargate, one of the tools included in Tweak.

Tips for Best Results and Experimenting