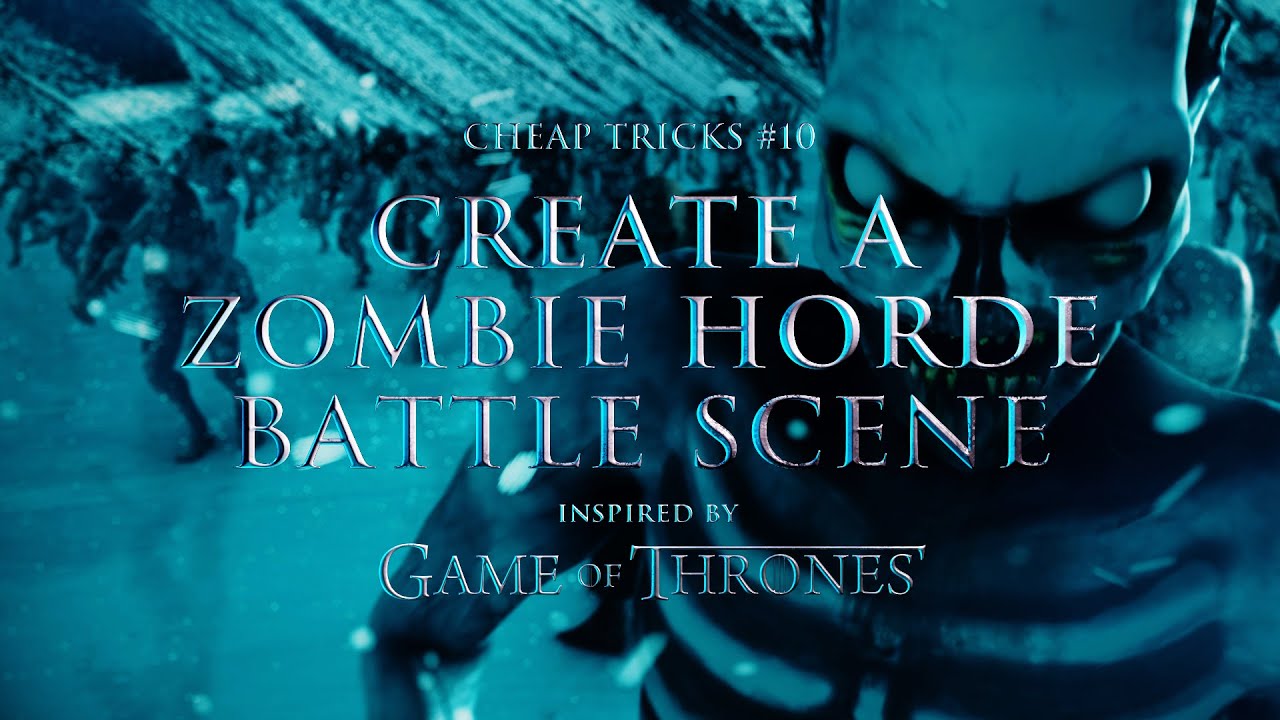 Hashi of Action Movie Kid has been doing a mini-series on Game of Thrones effects, and it’s extremely entertaining! The Game of Thrones Parts 1 and 2 are here and the tutorials walk you through several great tricks to make your VFX look spectacular.

In part 3 of his Cheap Tricks Game of Thrones mini-series, Hashi dives into Creating A Zombie Horde Battle Scene! He gives some resourceful and creative methods of creating your animated undead warriors with professionally shot green screen footage, which you can download to play along. He uses Red Giant VFX Primatte Keyer, Shadow, and Supercomp; Red Giant Magic Bullet Colorista and Mojo; some color correction tools in After Effects; Video Copilot Element 3D, and a few more tools.

The table of contents for the video is below as well as green screen contest information, as well as the greenscreen footage and 3D models

Get the 3D models

Use our free green screen footage in a creative way for a chance to win everything Red Giant makes! Full entry rules and instructions here.