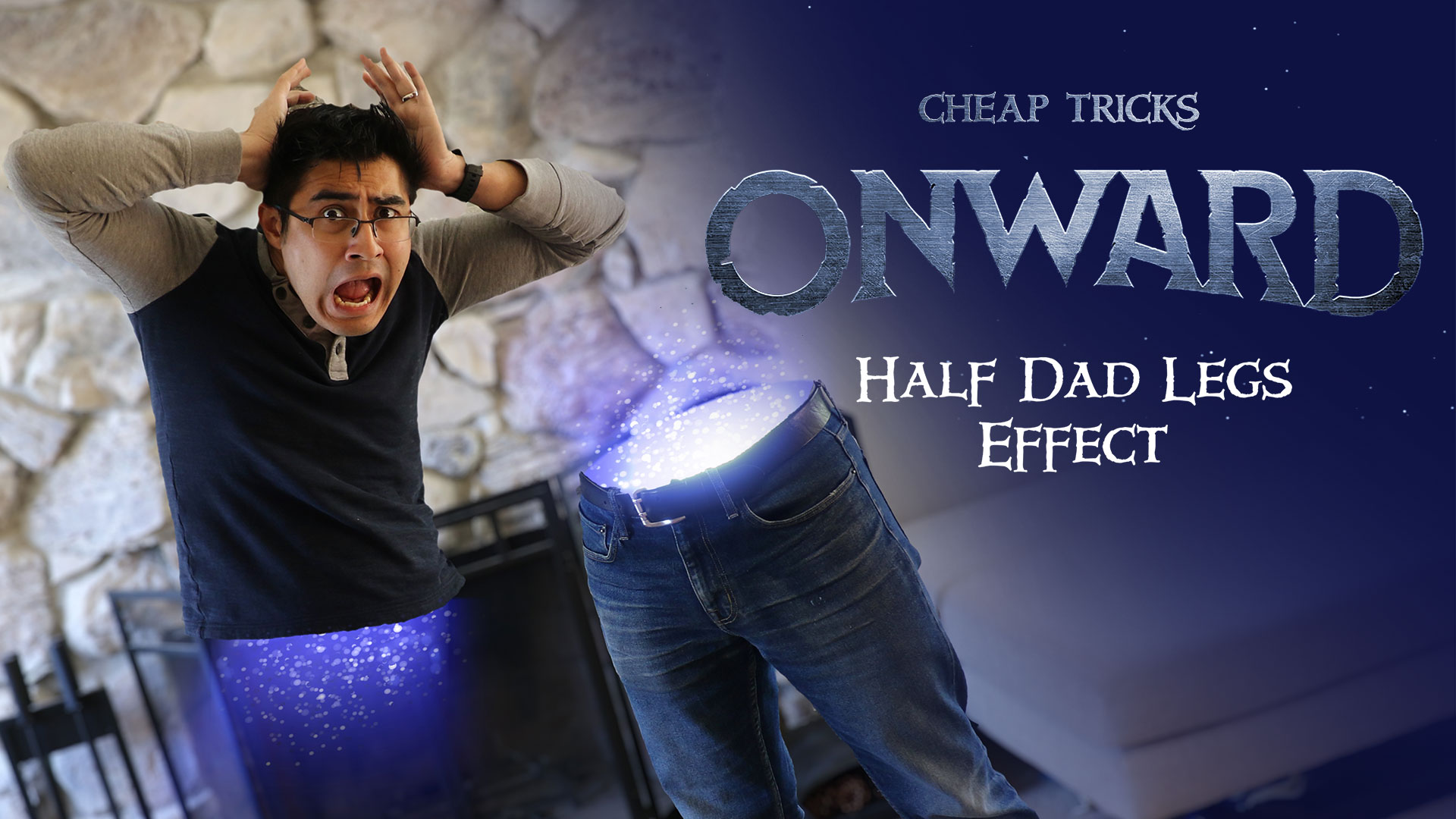 In this tutorial, Hashi of Action Movie Kid, dives into the legs only body effect from Pixar’s Onward. To clarify, the top half of the Dad’s body is totally missing when a magic spell to bring him back goes awry. Hashi explains how to erase the upper half of the body, as well as showing you how he makes some Onward-inspired magic. This effect can be used to erase any parts of the body: head, limbs, etc. He even goes into using Adobe’s Mixamo with Maxon Cinema 4D to create animated legs. The tutorial is very clever and loads of fun. Just watch the first one minute of the tutorial to see what is covered in the tutorial. He has some great After Effects tips, even if you’re not planning to create the project in the tutorial.

We saw Onward over the weekend, sans children, and it’s so much fun. I highly recommend it.

He covers topics such as keying, compositing, and color correction. In fact, he uses Red Giant VFX Primatte Keyer to remove his shirt, and matte choker to clean up the matte. Then he tracks the waistline using a StuMash trick to make this process really fast. Of course, you’ll have to watch it to learn the trick! He uses some After Effects native effects to create particles. Then he uses Red Giant VFX Supercomp to composite. He also uses Red Giant Magic Bullet Looks for color grading the shot. At the end, he uses Red Giant VFX Knoll Light Factory and Red Giant Trapcode Particular to add more magical effecs. Of course, all of these tools are available in Red Giant Complete.

Like the Onward tutorial? Here’s more from the Cheap Tricks Series

In this tutorial, Hashi of Action Movie Kid, dives into the effects of the new Sonic the Hedgehog film. He covers topics such as 3D, compositing, and color correction. In fact, you’ll learn how to create cool looking VFX. Notably create crackling electricity, particle-based dust, and much more.