In Depth: Lens Flares for Video 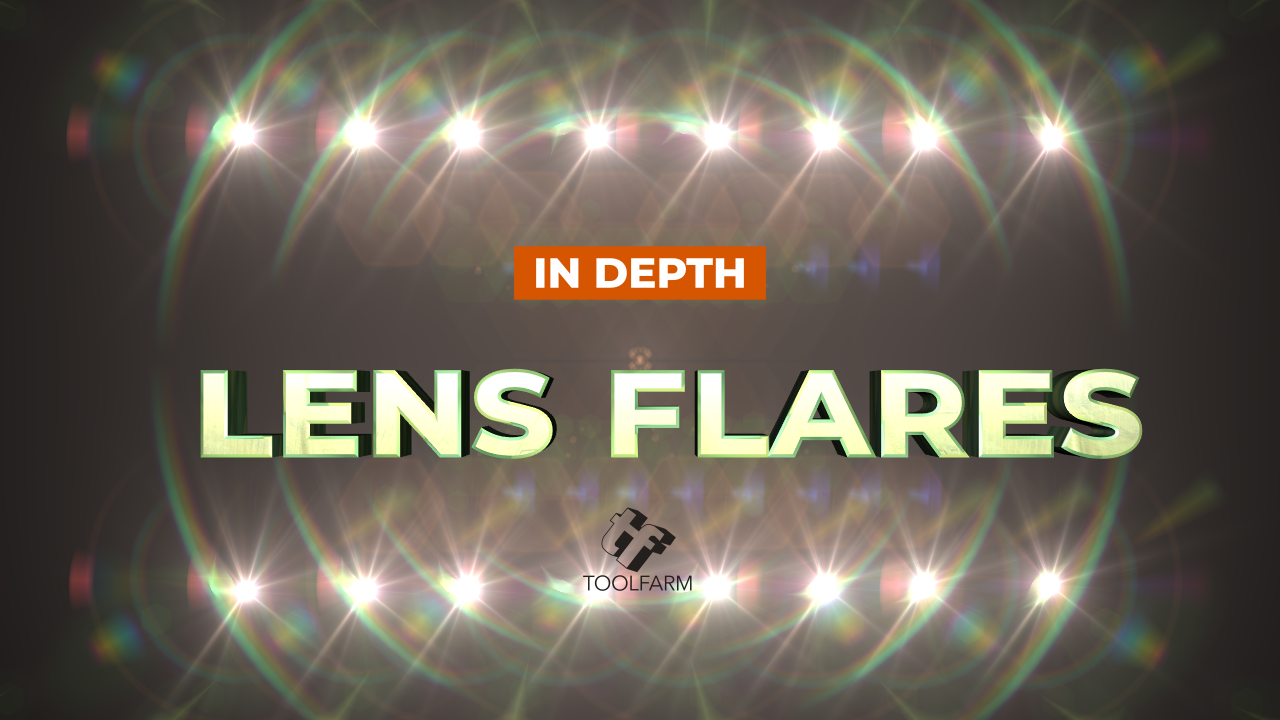 Lens Flares add drama and presence to scenes. In this article, I’ll be comparing some lens flare tools for your favorite NLEs and Motion Graphics tools. We’re covering several tools and even a few overlays today. The article will focus on what we consider to be the “Big 4”, Boris Continuum Lens Flare 3D, Boris Sapphire LensFlare, Maxon Red Giant Knoll Light Factory, and Video Copilot Optical Flares. We’ll also give shouts out to other tools and overlays that we carry in our store. These effects bring natural-looking flares, motion graphics flares, and lights. Just look at films by Director J.J. Abrams if you want some Lens Flare inspiration.

So, what is a Lens Flare?

The Wikipedia definition says: Lens flare refers to a phenomenon wherein light is scattered or flared in a lens system, often in response to bright lights, producing a sometimes undesirable artifact within the image. [Source: Wikipedia: Lens Flare]

The article goes on to explain that there are two ways that a flare materializes:

The lens flare is ubiquitous in films over the last 20 years. Below, the video from VOX explains how a lens flare is technically created in a camera lens. The video is really interesting, explaining how the lighting was created in films like Citizen Kane, Cool Hand Luke, and Star Trek.

A Visual Thesaurus of Some Common Lens Objects

Several Lens Flare plugins allow you to adjust different aspects of the flare. They may have different names in plugins, but they generally do the same thing. The example images below were created in Boris Continuum Lens Flare 3D and Video Copilot Optical Flares.

Many of the plugins listed here have features such as 3D Occlusion; simulation of dust, scratches, fog; built-in tracking, chromatic aberration; and multiple presets.

Below, a list of lens flare plugins, a quick list of features, supported hosts, and the price. Note, prices are subject to change so please see the product page for the most current pricing. For more details, images, and videos click the jump link.


Below, we have an overview of some of the major players, and examples. Note that it’s difficult to give comparisons because there are so many options. So, the images are just there for you to see what kinds of things the plugins can do.

Overview from Boris FX: The BCC Lens Flare 3D filter is a highly sophisticated lens flare visual effect generator that can produce many different styles and looks, from the traditional lens flare that occurs when a point light source is turned toward a camera lens to the more spectacular special effects that are often seen in science fiction movies.

These are the features that set Lens Flare 3D apart from other Lens Flare plugins.

With the first example, we were going for something natural. 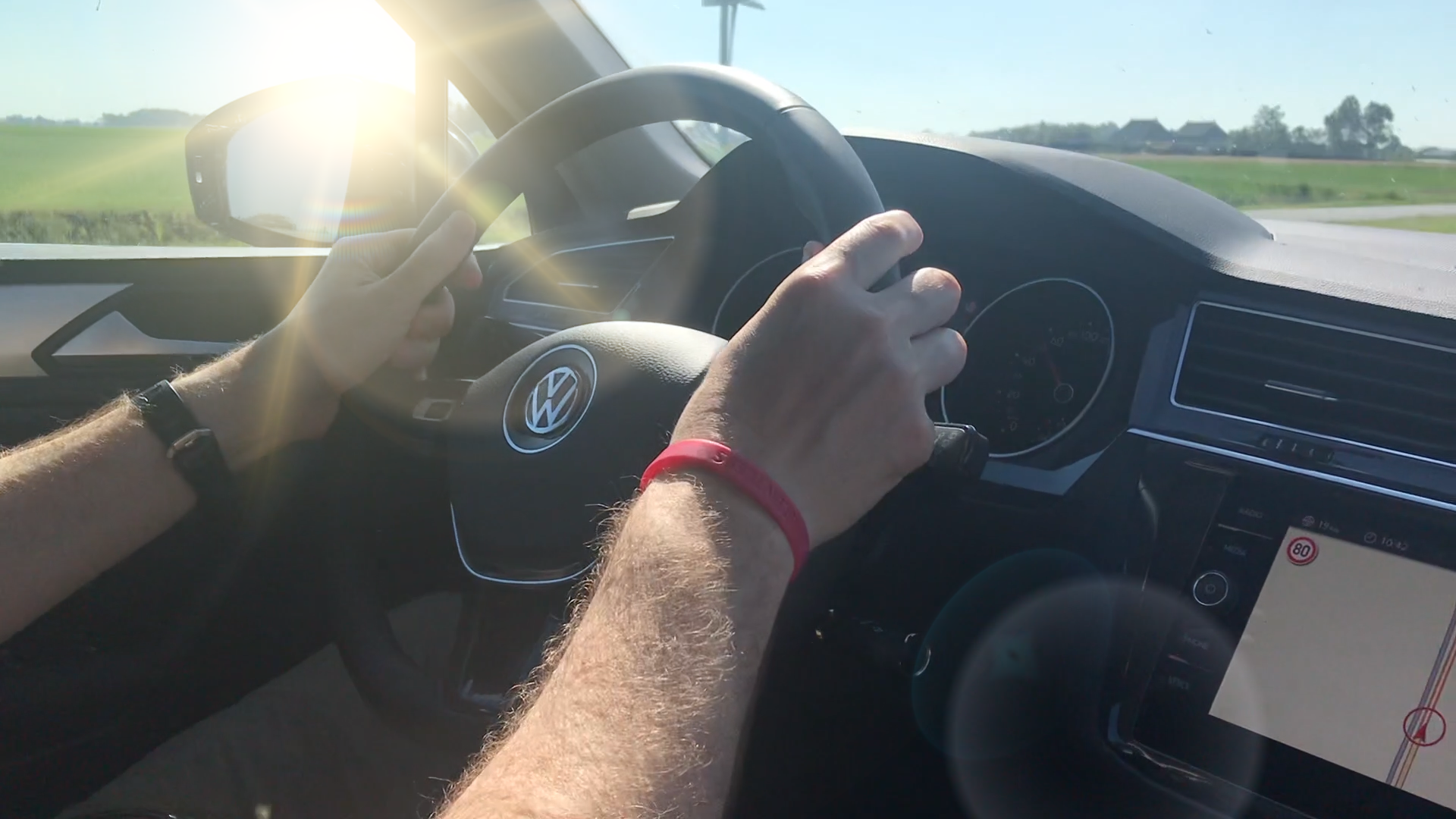 For the second example, we wanted something more over the top. 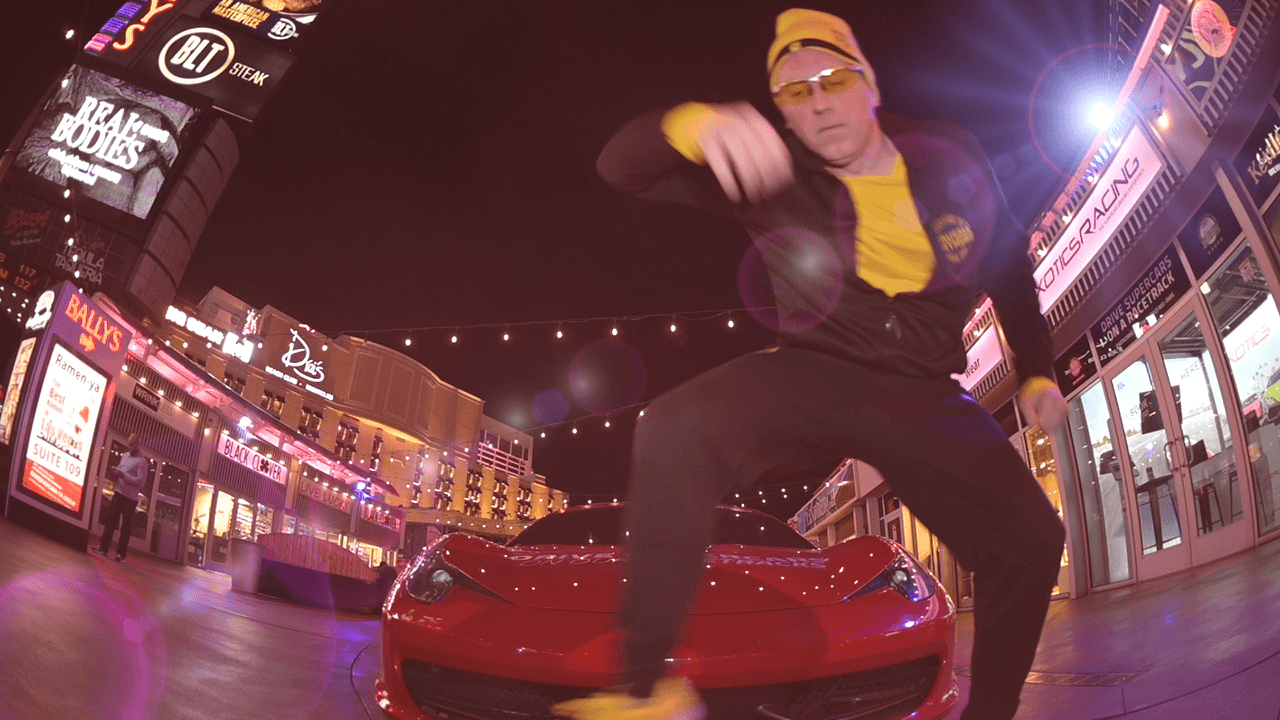 The link for the free presets can be found in the description of this video.

This description of Sapphire from the video below, Renowned Hollywood Lens Flare Effects with Sapphire, really captures the essence of the plugin. “Sapphire’s Lens Flares are the crown jewel in the legendary Sapphire lighting package, renowned for their high-quality photorealistic look in the Hollywood post & VFX circuit. Whether it’s a subtle natural light leak or an over-the-top in your face flare (we’re looking at you Mr. Abrams), Sapphire’s Lens Flare Designer gives you the ability to easily add amazing presets designed by the pros or create your own flares from scratch.”

With the first example, we wanted something more natural-looking. 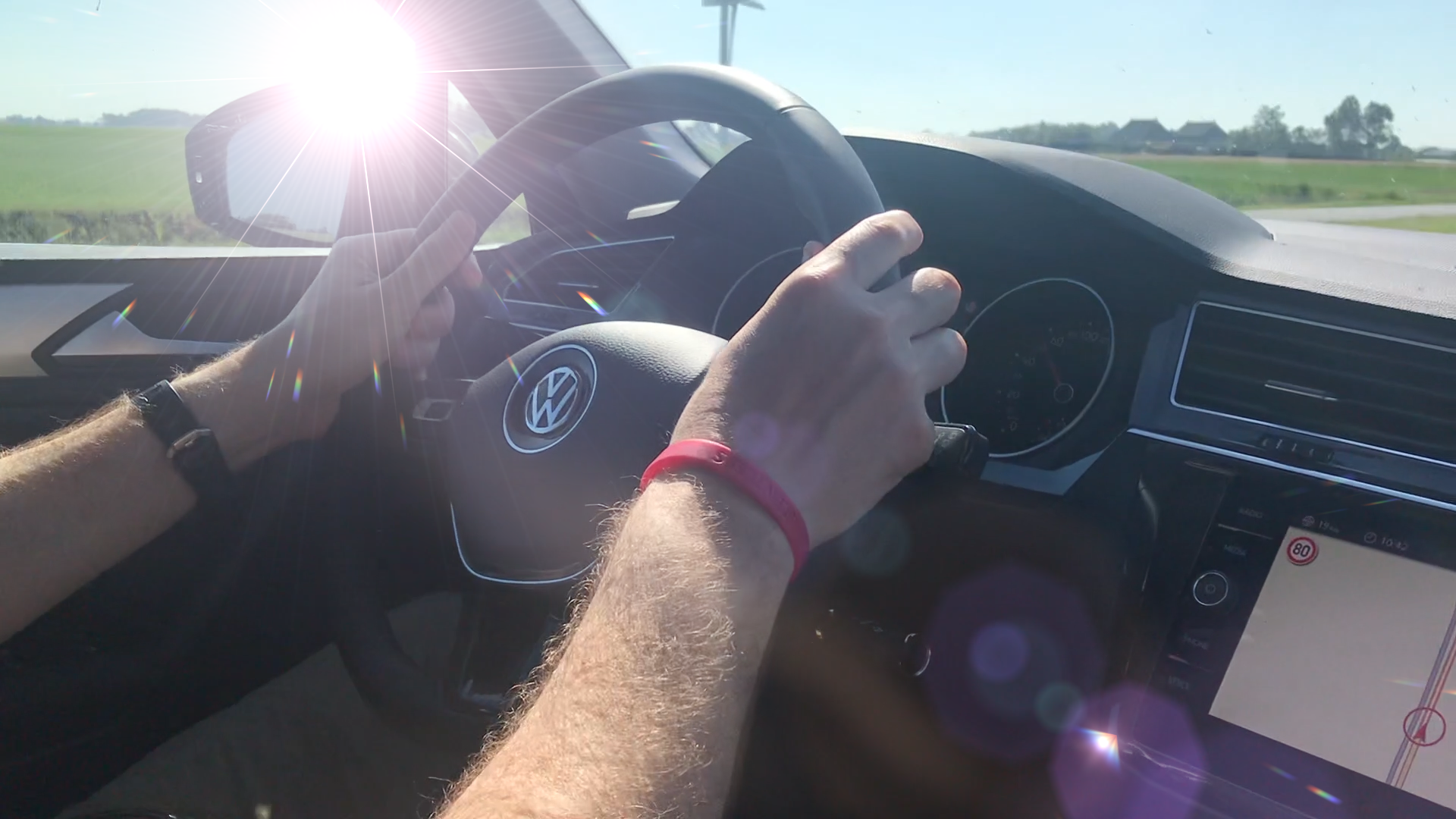 With the second example, we wanted something a little more fun. 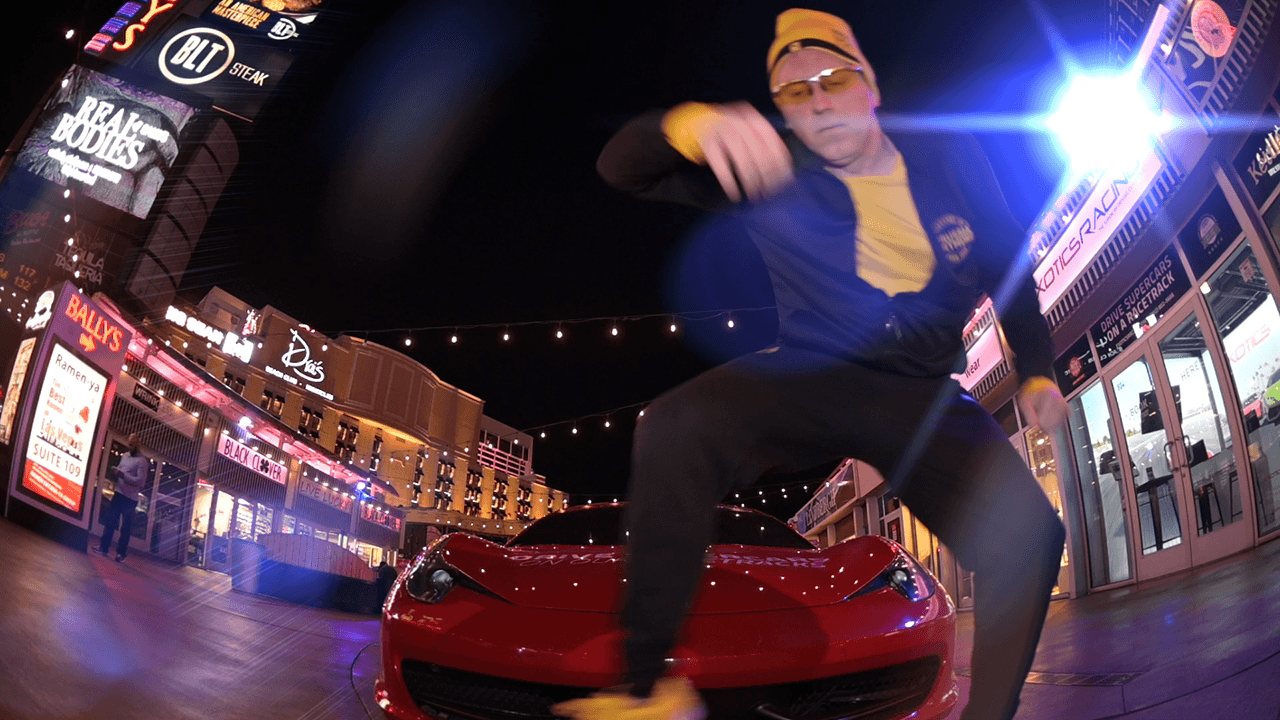 Overview: So many names, I know! Designed by John Knoll, Chief Creative Officer of Industrial Light & Magic, Knoll Light Factory (KLF) is a fantastic tool and one of the first lens flare plugins available. KLF  comes with a Lens Designer, an intuitive interface that allows users to customize the flare.

The Effect Controls and Flare Designer

Again, we were trying to duplicate a real sunlight glare off the top of the mirror. 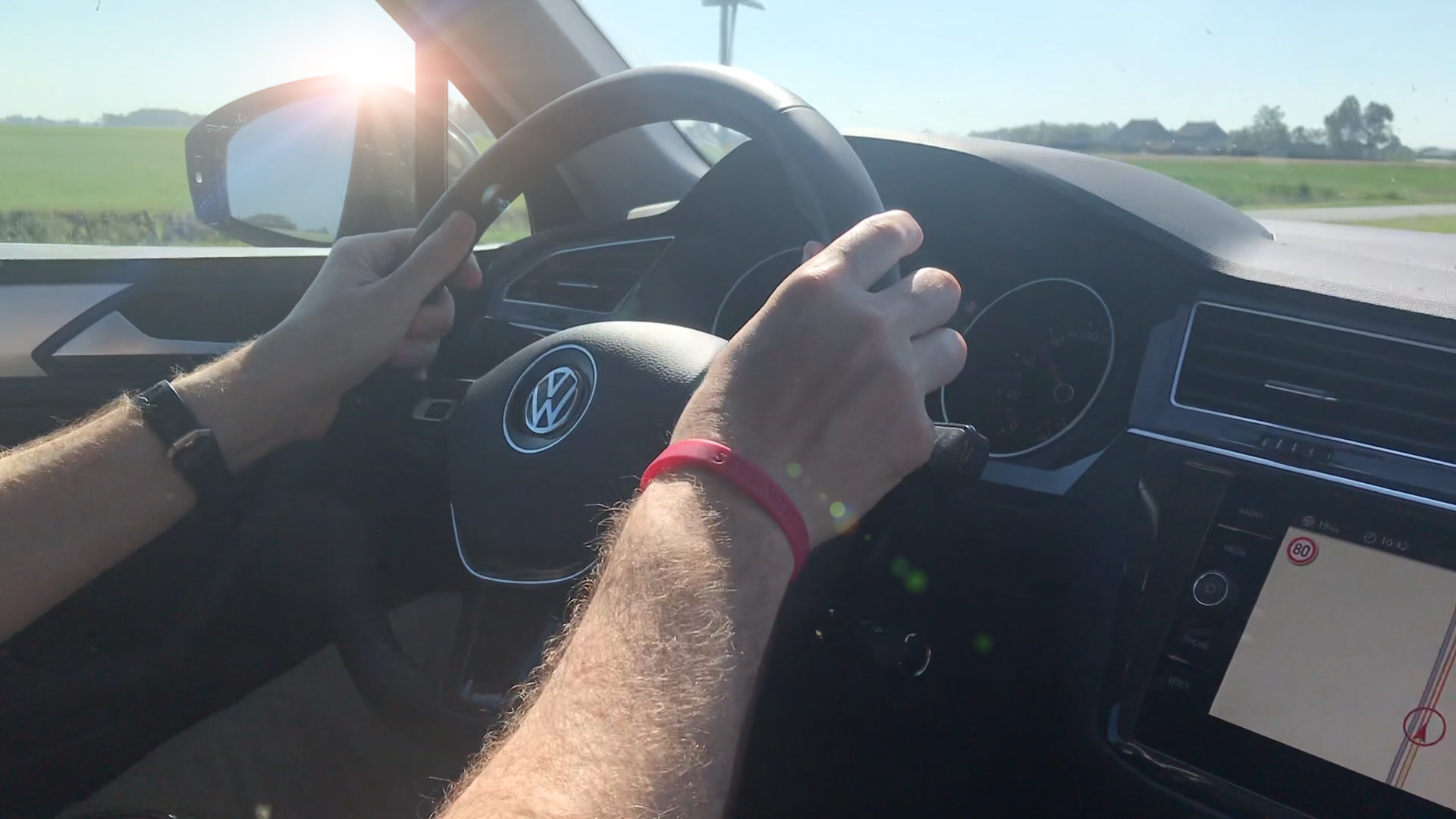 For example two, it’s a music video so we were going for something more stylized. 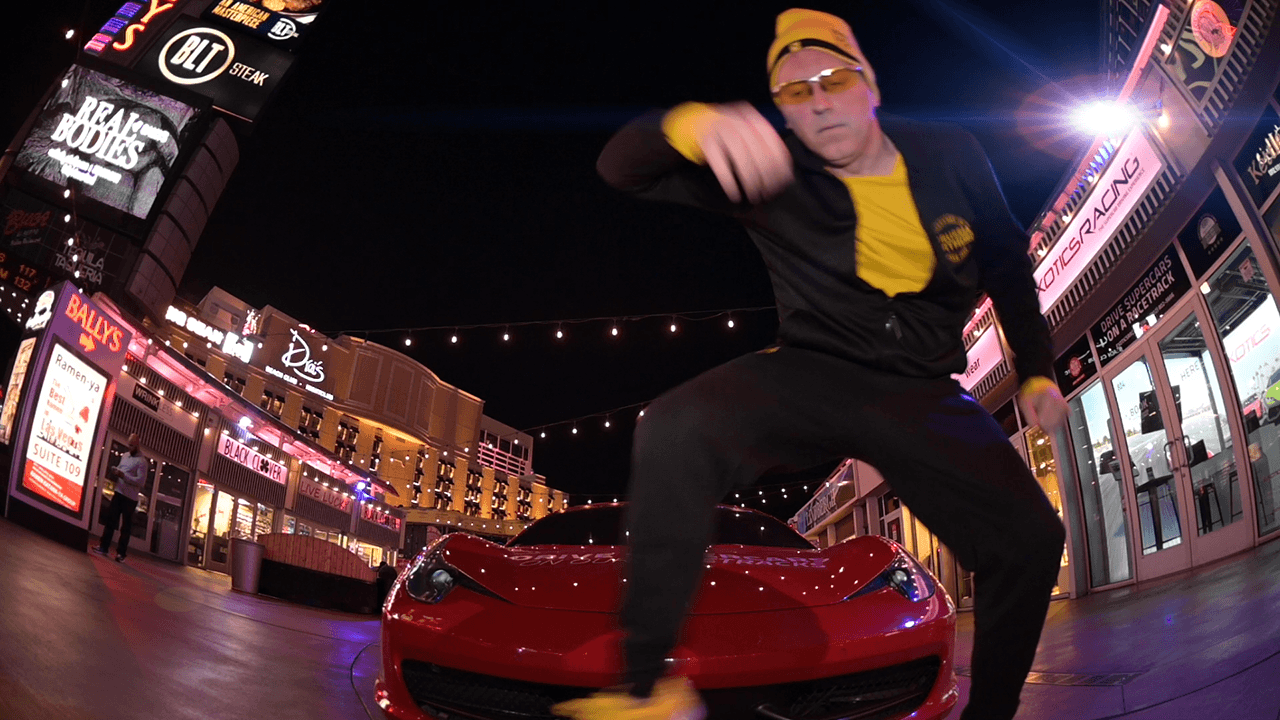 Optical Flares is a creative lens studio for designing and animating realistic lens flares in After Effects. It comes with some great features, including:

There are 60 presets included but there more for purchase: 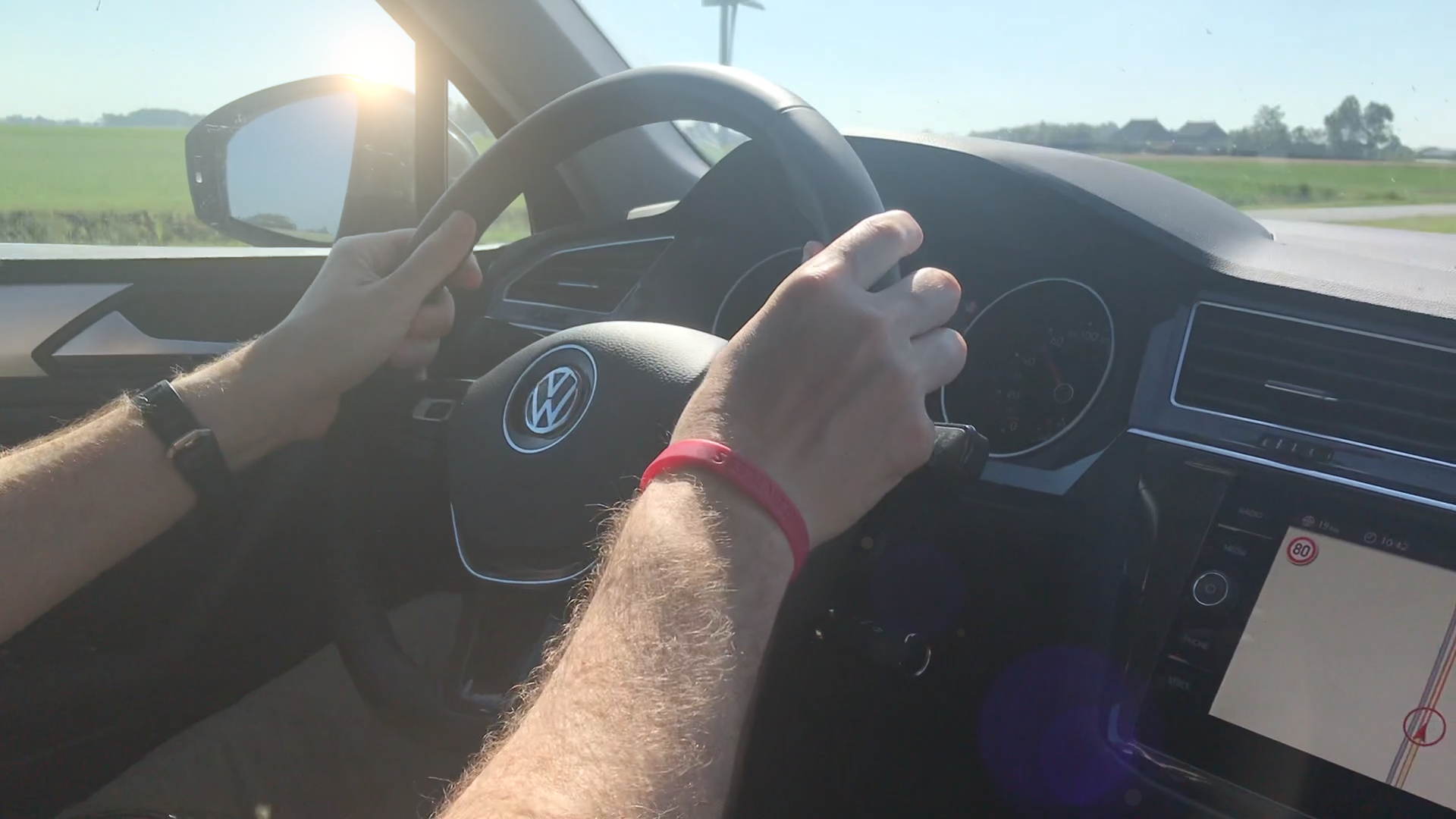 Example two is from a music video so it’s got more style. 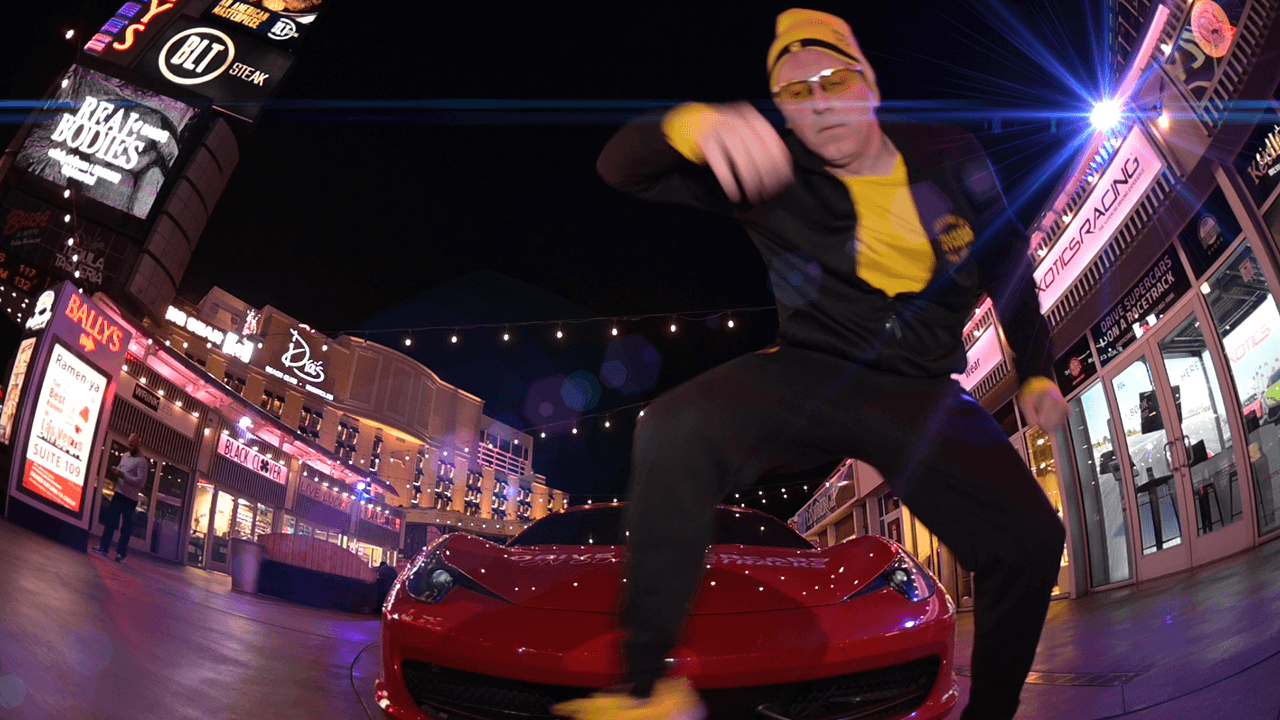 Below are some other solutions for Lens Flares. First, there are two products from SUGARfx for adding flares to your video. 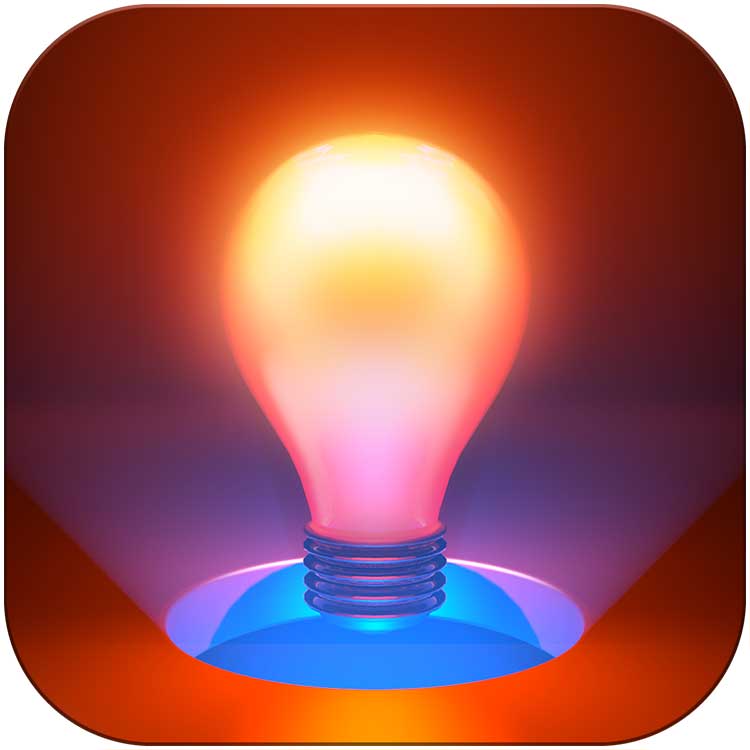 This package includes a Lens Flare tool with lots of options. In addition, it has a Moon Light filter, which creates a realistic moon; a Paparazzi filter to create flashbulbs; and Shine-o-Matic, a tool for creating a shine effect on video. SUGARfx tools use the FxFactory FxEngine and are Mac only. 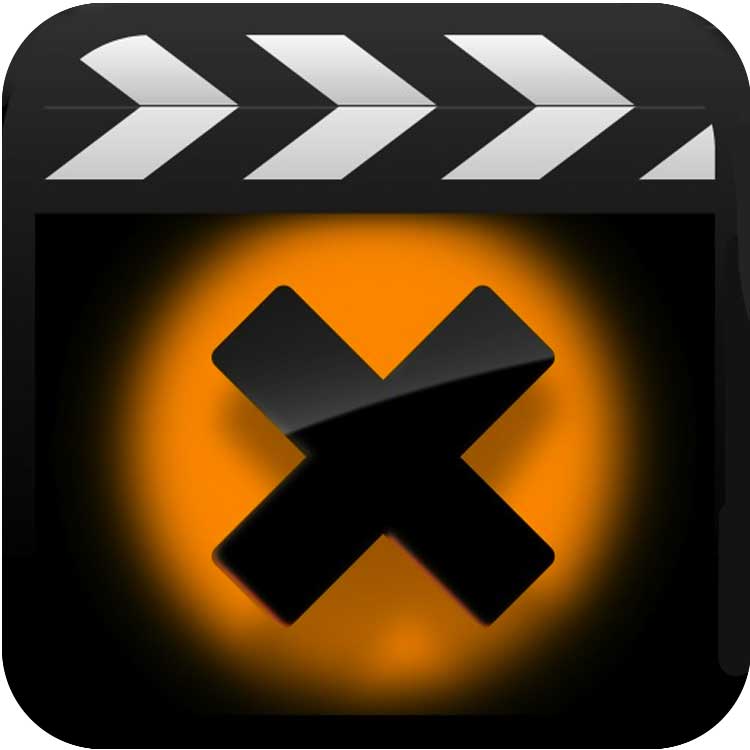 Includes 20 easily customizable styles to get you started. Again, SUGARfx plugins use the FxFactory FxEngine and are Mac only.

DaVinci Resolve is the world’s only solution that combines editing, color correction, visual effects, motion graphics, and audio post-production all in one software tool!

Johnny Elwyn wrote an article on Lens Flares and he did a short review of the ResolveFX Lens Flare. “It’s great to have something built-in to DaVinci Resolve Studio for creating lens flares but feels like a beginning rather than a fully-featured and finished plugin. There are a few handy presets and very detailed controls but nothing very visual to aid creating your own presets.”

In addition, HitFilm includes tools for creating your own lens flares and light effects. In v16, which came out in December 2020, the new Custom Light Flares effect introduces over 60 new presets. On top of that, there’s a new interface for building your own custom flares.

In addition to filters, Video Overlays are an easy way to add flares to your video. Below, a few options you may like. 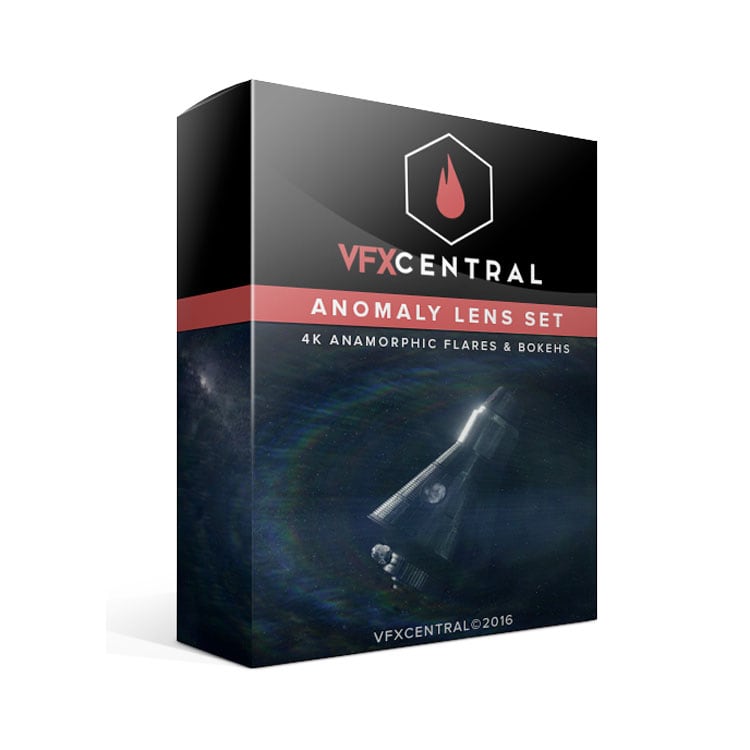 Create brilliant shots with these easy-to-use digital effects. These incredible anamorphic lens flares & bokeh’s were used in the independent film Anomaly — created and directed by Salomon Ligthelm and Dan DiFelice — and are now available to the public. To break it down, this package includes 53 Organic Anamorphic Flares and Bokeh. It's shot on RED at 4k Resolution 3296 X 1350. Not only that, get a Nuke Optical Flare Setup.

It’s important to know where to place a lens flare in your video, and you’ll often need to track your shot. You want to make sure your light and lens flares are coming from the correct angle.

Below, check out this video from Matti Haapoja of Travel Feels. He explains how to make lens flares yourself and touches on using plugins. He uses stock video overlays for the flares in the video. The same concepts apply, whether you’re using plugins or stock footage overlays.

Read more on No Film School: Adding Lens Flares in Post: A Guide on What Not to Do 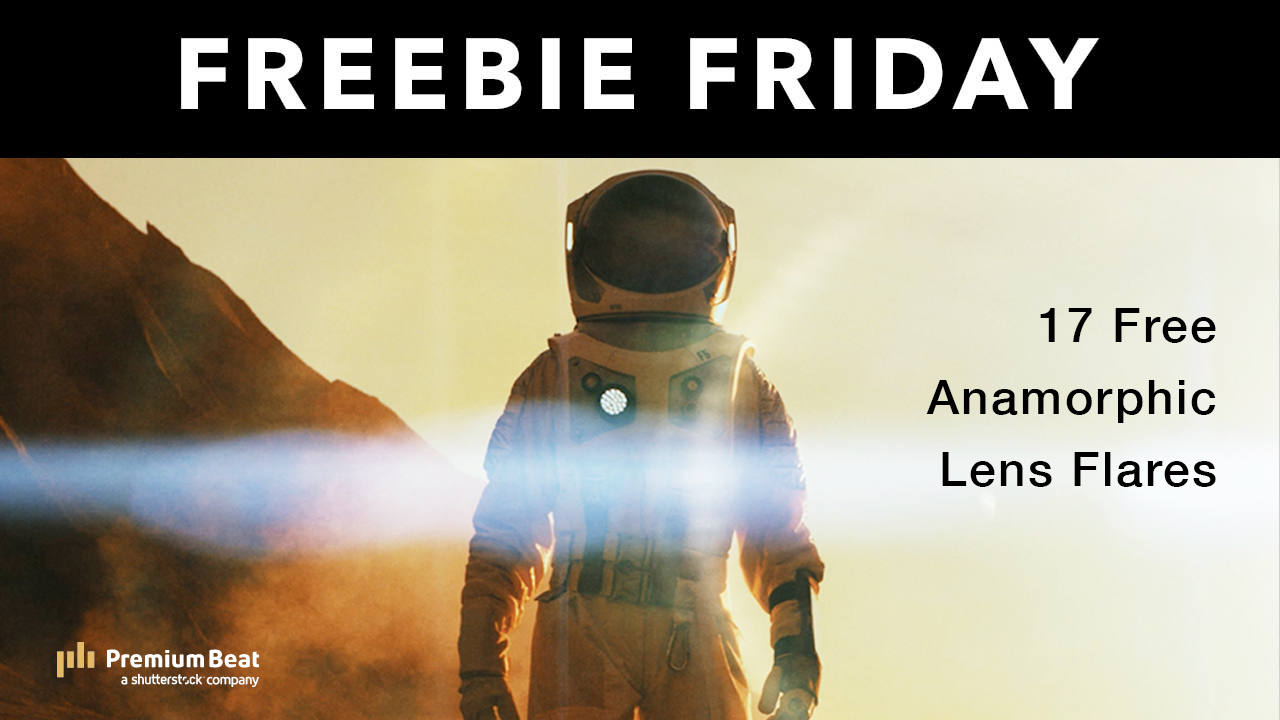 PremiumBeat has bundled 17 free anamorphic lens flare overlays for you to use in your videos and graphics. We shot these overlays in a controlled studio environment and captured them organically with professional anamorphic lenses. Download them now for your next video!